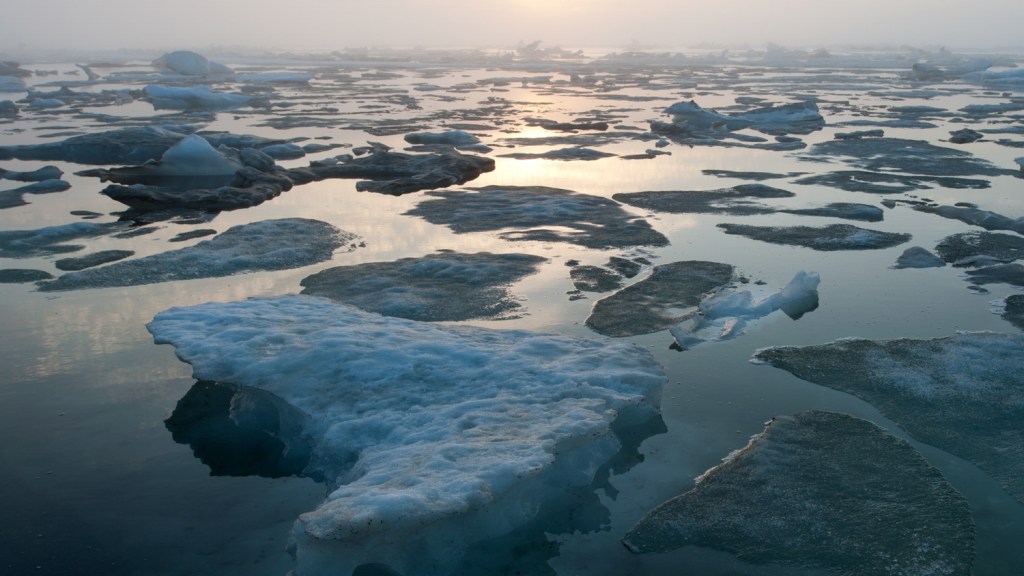 Get weekly climate politics updates from Grist Subscribe to The First 100
This article is sponsored by:

You already know that a changing climate is bad news for polar bears. What you might not know is exactly what that changing climate means for a region in which you might not live: the Arctic. Climate change does threaten wildlife up there, but it also poses serious danger to the indigenous populations who subsist on the land. And global warming isn’t the only threat to the people and animals who live in the Arctic National Wildlife Refuge. In the densely interwoven relationships between people and place, any disturbance offers ground for domino-toppling danger.

Maybe you already care about the majesty of the Arctic Refuge and the coastal plain. But as we know here at Grist, wading through the data deluge of climate change and environmental degradation can sometimes be a bit much. What, exactly, is at stake up there? And what’s posing these risks? Can we just blame King Coal and call it a day?

Not necessarily. Here are the top threats to the Arctic Refuge and the coastal plain:

Let’s start with a climate-change classic. With rising temperatures comes a longer growing season for Arctic plants rooted above the permafrost. That’s all well and good for the lichens, but there’s a sensitive tipping point here. With warmer weather and longer summers come more standing water, which means more mosquitoes and black flies. For the caribou, these pests can become so dense and annoying that the mammals can’t feed.

When sea ice thins, the animals that depend on this ice — you know, the kind that rhyme with “molar chair” — end up treading cold water. But melting sea ice also offers an opportunity for oil and gas companies: a clearer drilling path. The prospecting that results poses an obvious physical threat to the land and introduces a new possibility:

The Chukchi and Beaufort seas surrounding the Arctic Refuge are home to the usual climate-change suspects: the walruses, the birds, the seals, the whales (Save ’em!). But an extractive oil and gas industry poses new danger to already vulnerable animal populations. Pipeline spills are a reality of the extraction game, and as many an oil-covered pelican know, slicks can destroy animals’ livelihoods.

Spills are also particularly difficult to clean up when combined with sea ice and extreme weather. On land, risks are also high. Emboldened by the Trump administration’s fossil-fuel agenda, Congress has relaunched the decades-long battle to open the Arctic Refuge to oil and gas drilling. Drilling noise and infrastructure here would threaten polar bears, caribou and other species. And when core species are threatened, that can lead to:

It’s never just about the whales. Because of the fragile, volatile nature of the Far North, Arctic ecosystems are infinitely more sensitive than those in other regions. The food webs are simple. And when simple food webs are disturbed, the ripples are widely and sharply felt. For the people who depend on animals of the coastal plain — as, for example, the Gwich’in people do on the caribou — food web shocks are a matter of life and death.

(Don’t even get us started on how things like mercury, DDT, and ozone depletion affect these ecosystems. You deserve at least a wink of sleep tonight.)

You’re probably catching on to the fact that these threats are interwoven. Time to throw an Arctic monkey wrench in the chain: You’re right! One of the most worrisome threats to the Arctic is:

The cycles described above are self-reinforcing. As white sea ice melts, dark seas absorb more sunlight, which in turn speeds up warming. Further burning of oil and gas, too, means more carbon dioxide in the atmosphere. And melting permafrost releases methane: a greenhouse gas more potent than carbon dioxide in terms of warming potential.

These relationships mean an oil-rich and warming Arctic poses a threat to itself — and to the rest of the planet. Greenhouse gases and rising seas respect no borders. Which brings us to our final threat:

Unchecked, the above risks will be more than threats: They’ll be promises. Luckily, there’s still an opportunity to keep some of these threats in check. First we need to keep the wolves at bay by stopping Congress from opening the refuge to drilling. They need to hear from you soon because they will be voting on a 2018 budget that includes a sneaky provision for Arctic Refuge drilling. You can help by telling them not to pass this budget as long as it includes the Arctic. Don’t let your inaction, indifference, or misinformation allow the oil and gas industry from sneaking into this fragile place. A protected coastal plain might not stop the world from warming, but it can certainly keep a corner of it a little safer.

The Arctic Refuge is the ultimate environmental battle — severely vulnerable to climate change, marginalized indigenous communities and a stunning web of wildlife all in the crosshairs of the oil and gas industry. Americans have defended this unique refuge for decades. But, again, all could be lost if Congress includes Arctic drilling in their 2018 budget. Please call your senators before it’s too late. Tell them to remove the Arctic Refuge from the budget!