Environmentalists have a long, messy history with nuclear power. The relationship twined with the campaign against nuclear weapons and sometimes collided with the push to stop carbon pollution.

People have a basic fear of atomic energy, despite Bob Marley’s assurances that they shouldn’t. Yet every scenario for keeping the planet under 1.5 degrees of warming in the International Panel on Climate Change’s latest report includes nuclear power plants. The IPCC says that eliminating emissions “will require more intensive use of low-GHG technologies such as renewable energy, nuclear energy, and [carbon capture and storage].”

Fear of nuclear technology has contributed to its failure. Germany is shutting down its nuclear fleet even as it puts the finishing touches on a giant new coal plant. In the United States, the five nuclear plants shut down between 2013 and 2016 had been producing nearly as much carbon-free power as all the solar panels in the country. Meanwhile, efforts to build new nuclear plants have gone billions over budget. 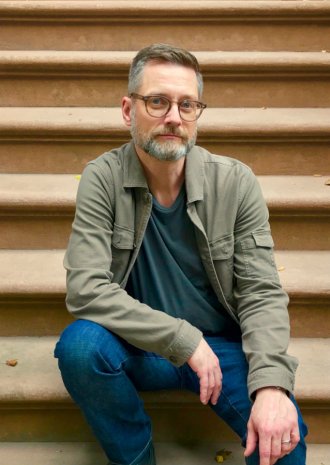 It’s a hard issue to talk about dispassionately. As erstwhile Grister David Roberts wrote, “Part of the problem is that the question of what to do with existing nuclear plants gets tangled up in all sorts of peripheral arguments, many of which involve strong tribal loyalties.”

In this disputed territory David Schumacher’s new documentary, The New Fire, is unusual. It doesn’t try to rehash all the old arguments. Instead, Schumacher profiles young people working to invent better versions of nuclear power plants. There’s the couple with a simple reactor design who started the company, Oklo. And there’s the Bill Gates-backed TerraPower, which doesn’t require the uranium enrichment that can be used to make bombs.

Instead of acrimony, cynicism, and foreboding, the movie serves up hope and enthusiasm.

After getting screened around the country over the past year, The New Fire is now available on the internet.

Grist spoke to Schumacher while he was en route to a screening of the film in College Station, Texas. Our interview has been condensed and edited for clarity:

Q.The word nuclear has such a stink on it. Why is this something you wanted to pick up?

A.I’ve been asking myself that quite a lot. You almost can’t say the word in polite company. I just thought it was so important because there’s this disconnect between what the climate science is saying — as far as how we decarbonize — and the general conventional wisdom which informs policy and advocacy.

Q.How did you shed your fear of nuclear power?

A.I was doing videography work for universities, and Columbia University is just down the block, so I had access to people like [the economist] Jeff Sachs, and [the climate scientist] James Hansen, and the Center for Global Energy. I just learned so much, and what occurred to me is that the average person has no concept of this system by which we get energy. It wouldn’t make much of a difference if it weren’t such a key factor in the fate of humanity.

A.When you think of nuclear, what do you think of? The Simpsons maybe, or you might think of Dr. Strangelove. There’s nothing to populate your imagination in a human way. And then I discovered these young people starting companies to build nuclear reactors. It was so audacious. They were so heroic and charming and just completely iconoclastic. They shattered the standard image of nuclear engineers.

Q.Transatomic, one of the companies in your film, announced it’s shutting down. Is this a refutation of the whole story?

A.The risk in starting these businesses is proportional to the reward, and this is about as big as it gets. So the “smart money” is not in this field. But as soon as one of these companies succeeds, it’s going to be a whole new ballgame in terms of the future of energy.

I wish they were succeeding, I wish they were doing great. But two things are important to keep in mind. They learned a lot that will be of value to people in this field. And they gave it away, they open-sourced their technology. I mean, who does that? Most importantly, they showed this wasn’t some cynical get-rich quick Theranos or what have you.

Q.You’ve been going to screenings of this film. How do people react to it?

A.I’ve had people come up to me and say this has totally changed my mind. At the Philadelphia Environmental Film Festival, this couple approached me and said, “We started a chapter of the Sierra Club downwind of Three-Mile Island.” These are folks who would have been young adults at the time [1978, when the Three Mile Island plant had a partial meltdown]. “So we’ve been very anti-nuclear, but this film really changed our minds.”

A.In Michigan, there was a guy at a screening whose wife had cancer. He got up and was talking about how low-level radiation is causing millions of cases of cancer like his wife’s. I’m sure he believes that, but it’s not credible [note: If you want to know more about low-dose radiation, here’s a clear explanation with citations]. So we were listening to that, but then he went on to say, “I want to know who’s financing this propaganda film for the industry.”

I just had to say, “Wait a minute. I only raised about a third of what the real budget would be for making a movie like this. That meant that a lot of people didn’t get paid, or got paid less, including myself and the director of photography and others. We pitched in for this, just to get this message out there.”

You know. People are confused about nuclear. For me, I got all these completely false ideas that had gotten into my head [about the effects of nuclear disasters and waste], that I believed, but those ideas were completely false. It made me angry because I felt like I’d been manipulated.

Q.Give me one good reason why anyone should watch this documentary.

A.You can get to know these people that are the heroes, really, taking up this cause. You asked my why in the world I wanted to make a movie about nuclear. Well, why in the world do these people decide to get PhDs in it, and then start companies? Imagine what dinner conversations are like for them.