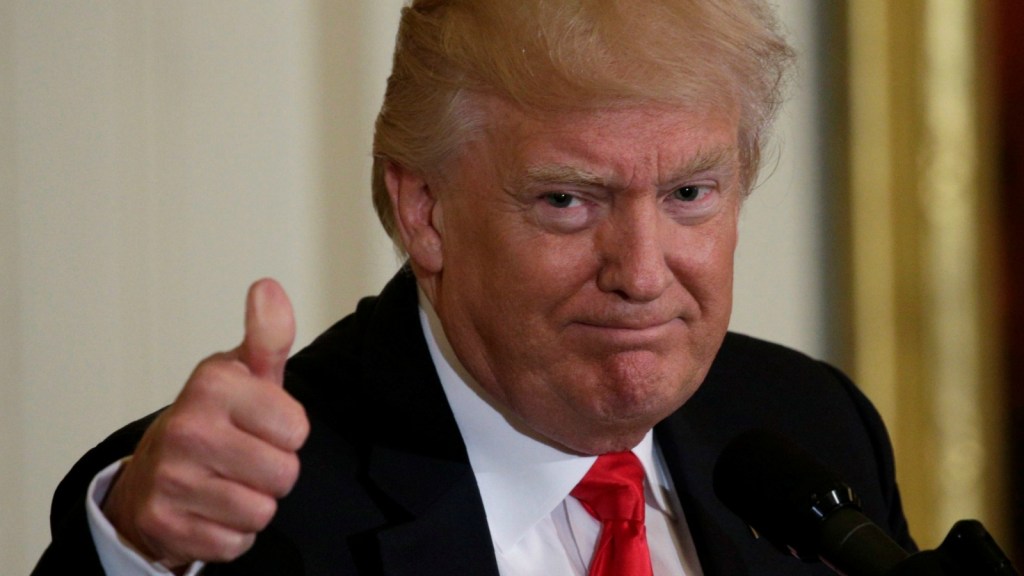 President Donald Trump has been a climate change denier for years, alleging that global warming is a Chinese invention and declaring that cold winter days prove that it’s a hoax. Perhaps not surprisingly, his staff seems to share these views.

According to Politico, Deputy National Security Advisor K.T. McFarland recently tried to get Trump riled up about climate change with a bit of fake news. McFarland reportedly slipped Trump two Time magazine cover stories. One was supposedly from the 1970s and warned about a coming ice age. The other, from 2007, discussed how to survive global warming. But there was one glaring problem: The 1970s cover was a hoax.

In 2007, Time published a cover story titled “The Global Warming Survival Guide.” Sometime after that, internet hoaxers doctored the cover to instead say “How to Survive the Coming Ice Age” and alleged that it was a 1977 cover. The hoax spread quickly, and climate deniers used it to argue that in the 1970s, scientists were actually worried about global cooling — and since it didn’t happen then, the public shouldn’t believe warnings about global warming now.

The hoax seems to have had its intended effect on Trump, who, according to Politico, “quickly got lathered up about the media’s hypocrisy.” A White House official defended McFarland in an interview with Politico, calling the Time hoax “fake but accurate.” The White House didn’t respond to a request for comment from Mother Jones.

While the Time global cooling cover story never existed, it’s certainly true that some media outlets, including Time, ran stories in the ’70s warning about global cooling. One, published by Newsweek, is a favorite of climate deniers. Scientific American explained Newsweek’s global cooling story in 2014:

The story observed — accurately — that there had been a gradual decrease in global average temperatures from about 1940, now believed to be a consequence of soot and aerosols that offered a partial shield to the earth as well as the gradual retreat of an abnormally warm interlude.

But global cooling was never a popular theory among scientists. Even as some news outlets were writing about it, notes Scientific American, a counter theory about a warming planet was already on the rise. In fact, a survey of peer-reviewed scientific papers from 1969 to 1975 shows that the majority of scientists predicted that carbon dioxide levels would rise, causing temperatures to rise as well.

Scientists have since reached an overwhelming consensus: The planet is getting warmer, and humans are to blame. But this hasn’t stopped climate deniers from citing the old stories as evidence that contemporary news reports about climate change shouldn’t be believed. This climate denier, for example: