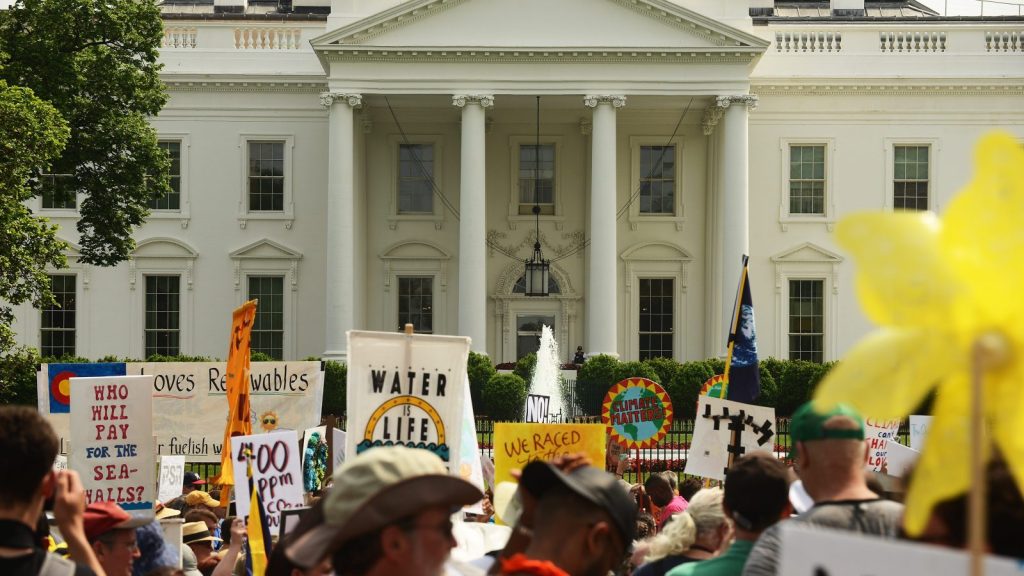 Is the economy the only thing saving President Donald Trump from a complete collapse in public opinion?

Americans disapprove of Trump’s position on virtually every other major issue, according to a new Washington Post-ABC News poll. While the poll shows Trump with the best approval rating of his presidency—44 percent—a majority of respondents see him as “unpresidential.” The president’s slightly elevated popularity was bolstered by a strong economy, but that is the lone issue he received positive ratings for.

Trump’s handling of key issues like health care, gun violence, abortion, and climate change is especially unpopular. Of the eight issues the poll asked about, the only issue that most respondents think he’s doing OK on is the economy, which is growing in spite of Trump’s attempt to draw the world into a trade war.

His lowest rating was for his handling of climate change. Just 29 percent of respondents say they approve of his position, while 62 percent disapprove, a wider gulf than on any other issue mentioned in the poll—including immigration, “issues of special concern to women,” foreign policy, health care, gun violence, and abortion.

One possible explanation for this split is that concern over climate change has been on the rise, particularly among Democrats. Trump’s position on the subject isn’t particularly nuanced; he has stood by his various statements calling climate change a con and a hoax and he defied international attempts to find a solution by pledging to withdraw from the Paris climate agreement two years ago.

But there’s a wrinkle: This survey is the latest to show how widely polarized the parties are on global warming. While climate has surged to a top-tier issue for the Democratic Party, it remains a fairly low priority for Republican voters. They don’t necessarily share the president’s denial, but they do reflect the party line that it is relatively unimportant. The new poll shows that just 6 percent of Republicans consider climate the single most important issue in the 2020 election, compared with 27 percent of Democrats.

Yet maybe Trump’s team has taken some notice of the need to at least acknowledge the environment. On Monday, he is giving a speech from the White House to trumpet “America’s environmental leadership.” Former EPA staffer Judith Enck joked on Twitter the speech will have to “last less than a minute.”