6 surprising moments from the making of "An Inconvenient Truth" 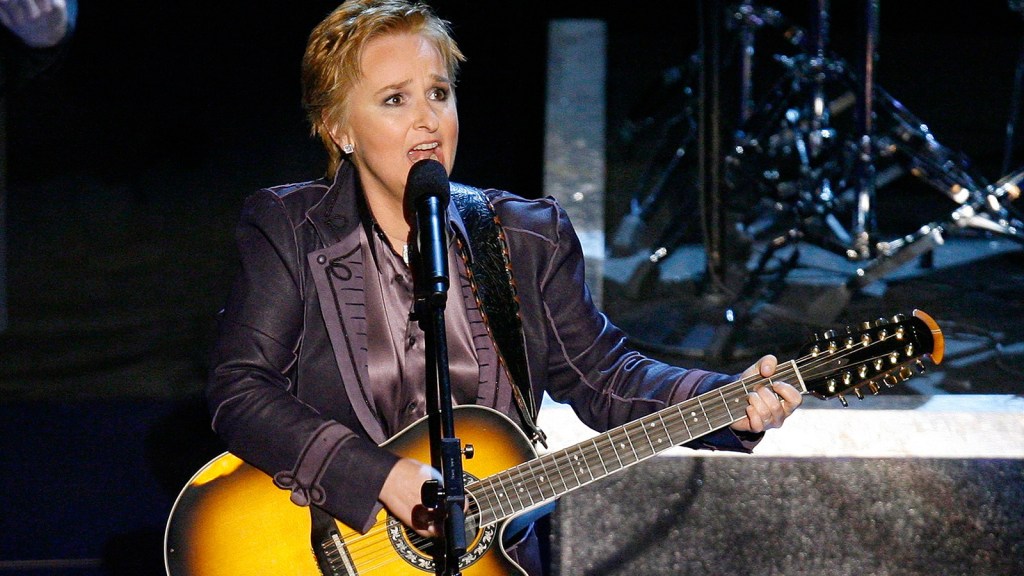 Musician Melissa Etheridge performs "I Need to Wake Up" from the film "An Inconvenient Truth" at the 79th Annual Academy Awards in Hollywood. Reuters/Gary Hershorn
Uncategorized

6 surprising moments from the making of “An Inconvenient Truth”

To mark the 10th anniversary of An Inconvenient Truth, Grist talked to all the key players involved in the making of the movie, to understand how they turned a stats-and-science-heavy slideshow into a global force for change.

Check out these six behind-the-scenes moments from Grist’s oral history of An Inconvenient Truth:

1. The message had to work for some tough crowds.

Al Gore: A whole big gang of my rowdy friends were on the front of the houseboat drinking beer. One thing led to another, and I started giving the slideshow about midnight. I mean, they’re friends, but I would say they were a tough crowd in that they were not the audience you would necessarily pick for a presentation on the climate crisis. But they had reactions that were strong, positive, very sincere, and they were moved by it. I thought to myself then, I really need to figure out a way to get this in front of more people.

Laurie David, producer: At the time, everybody was mad at Al. Blamed him for giving up on the election too soon. It was not easy to get people to come hear him speak. I had to literally call people personally and beg them to come to a presentation in New York. They were like, “A slideshow with Al Gore, are you kidding me?” I worked my ass off. I put my reputation and friendships on the line, and they came. He got a standing ovation.

Davis Guggenheim, director: Right before Sundance, we took the film to a major studio. This studio had everyone there: It had the head of the studio, the head of production, the head of development, every executive who worked at the studio, because Al came. To his credit, he flew in for the meeting ’cause it was too important. And we showed it for them, and several of the executives fell asleep in the screening. I remember listening to one of them snore, then waking up awkwardly when the lights came up.

I remember the executives going into another room and huddling, then coming back and the head of the studio saying to us, “We do not believe that this will ever have a theatrical distribution. We do not believe that anyone will pay to have a babysitter come so that they can go see this movie. Stop dreaming, this movie will never have a theatrical release.”

4. Al recruited the film’s songwriter himself.

Melissa Etheridge, musician: This was 2005, and I had just recovered from breast cancer. My life was really changed, and I was just looking for new pathways, new meaning in my music. And I got a phone call from Al Gore. Like, “Hello, Melissa, it’s Al Gore.” He started talking about what he’d been doing, this global warming slideshow. He was gonna do it in L.A., and did I want to come see it? I said sure, absolutely. And I’m thinking it’s a little slideshow, then he said, “Well, they’re filming it, and I was wondering if you wanted to write a song for it.”

Of course, there was absolutely no budget to record it, so I basically called my band in and said, “Hey, we’ve got a couple of hours, can you knock this out?”

5. It’s a good thing Gore didn’t have an overzealous bodyguard.

Jeff Skoll, executive producer: Imagine you put eight people in a plane filled with mosquitoes and you shut the door and take off — it was bedlam. We were all slapping mosquitoes, making a mess of the plane. I didn’t really know Al that well at that point, but I saw a mosquito on his upper leg and, without thinking, I just slapped it. Al gave me a look of shock. I said, “Oh, I’m sorry, sir.”

6. Leonardo DiCaprio would have made a fine running mate.

Al Gore: Before they announced the award, they had asked me and Leo DiCaprio to go out on stage and make a comment about how the Oscars was greening itself. At the time, there was some speculation about me maybe running for president again in ’08. My daughter Kristin, who is a screenwriter in Hollywood, wrote this part of the script where Leo said, “Al, isn’t there something else you’d like to announce?” And I looked at him, and I said, “Well, I really wasn’t planning to, but …” Then I pulled out a prepared statement.

You know how the orchestra will start playing music when your time’s up? During the rehearsal, I told the conductor, “You come in full blast, you gotta cut me off right away.” That’s how they did it, and it was really fun.

Make sure to read the rest of Grist’s definitive oral history of An Inconvenient Truth.