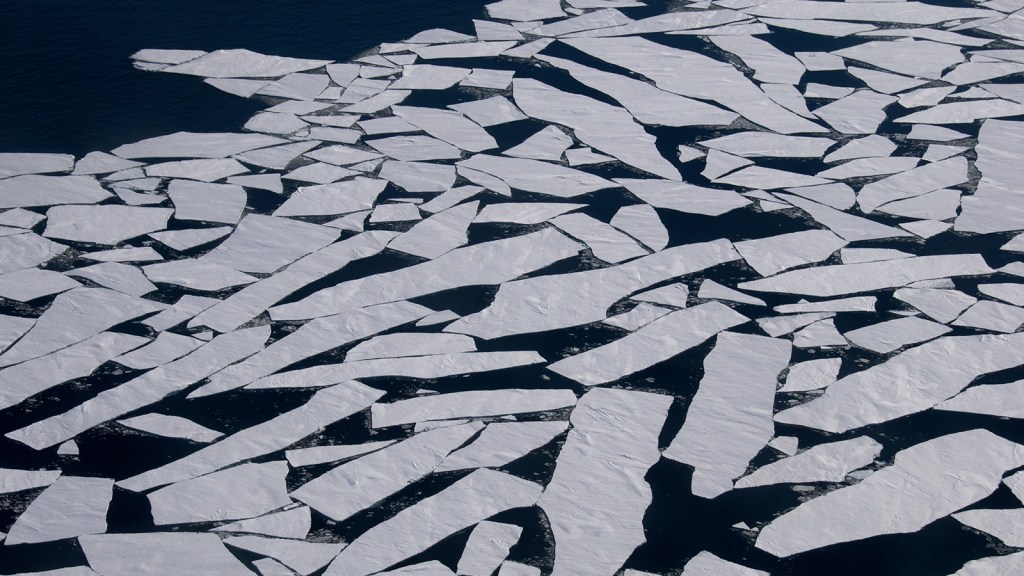 After a quarter-century of intense study, we now know the unequivocal truth: Antarctica is losing ice to the oceans, and that ice loss is picking up speed.

Forty percent of sea level rise since 1992 has happened in just the past five years — a three-fold increase in the pace at which icebergs are breaking away from land, according to a comprehensive new study based on satellite data, ground measurements, and models. In West Antarctica, where the ice sheet is inherently unstable, the last five years saw an average net outflow of 159 billion tons of ice. In total, the frozen continent has lost 3 trillion tons of ice since 1992.

“As we observe the system for longer, we see more and more changes of the type we feared could happen as the climate warms,” says Helen Fricker, a scientist at Scripps Institution of Oceanography at University of California-San Diego who worked on the study, in an email to Grist.

The collective work, published in this week’s special edition of the journal Nature, assembles a half-dozen papers written by the world’s top experts on Antarctica. It serves as a major update to our understanding of how human activity affects the Earth’s largest store of ice — and what it would take to prevent a worst-case scenario.

Antarctica’s glaciers are massive enough to flood every coastal city on Earth. So it’s no exaggeration to say that what happens in Antarctica over the next few decades will determine the fate of not just Miami and Mumbai, but also the course of human history. If we’re lucky and quickly start cutting emissions, Antarctica’s glaciers might mostly remain in place. The alternative is unthinkable.

There’s still so much we don’t know about Antarctica. But a series of major breakthroughs in recent years have raised the urgency and scale of scientists’ efforts. This week’s papers put that information into context. The clear takeaway: There is no sign of a slowdown in Antarctica’s melt rate.

After five major Antarctic ice shelf collapses in the past 25 years, there is now enough data for an emerging science of ice shelf “damage mechanics.” Ice shelves — floating extensions of glaciers grounded on solid bedrock — are vulnerable to melt from both warm air above and warm water below. Their health is increasingly at risk as climate change intensifies. In recent years, scientists have learned that ice shelf collapses are probably a precursor for major glaciers to accelerate toward the ocean — and therefore a requirement for worst-case scenarios of sea level rise in our lifetimes.

The biggest of these shelf collapses so far, Larsen B back in 2002, raised alarms throughout the research community. In a matter of weeks, a 10,000-year old mass of ice the size of Rhode Island was gone. Last year, a smaller and partial collapse of the nearby Larsen C ice shelf produced one of the largest icebergs ever seen.

Thanks to all the science that’s taken place since, we have the ability to project forward what could happen over the next 50 years. It’s the same story we know, but with more certainty: We are at a make-or-break moment when it comes to climate change. The ice shelf collapses that humanity has already kickstarted can’t be rolled back, so the goal now is to prevent more of them.

More than any other region on Earth, Antarctica holds humanity hostage — but humanity also has a way out.

“The next few years will be a pivotal period for decision making with regard to Antarctica,” Fricker says. “Depending on what is decided, we could be looking at significant and irreversible changes over the next 50 years.”

Believe it or not, there’s a clear bright side here. Quickly slash emissions, and the ice shelves should still remain stable across most of the continent. Doing so would require an unprecedented era of global cooperation, but the collaborative research taking place right now in Antarctica — an effort shared by dozens of scientists from 17 countries in this week’s update alone — could serve as inspiration. It’s a symbol of what’s possible when people work together for a common cause.

“If you are optimistic, you can find good news here,” says Christina Hulbe, a polar expert at the University of Otago in New Zealand. “Some amount of future change has been locked in by our past decisions, but there is still time to avoid the worst thatcan happen.”

Hulbe, whose first trip to Antarctica was in 1991 but was not directly involved with this week’s report, sees it partly as the culmination of what she’s been working for her entire life. In her view, the way the report is framed — as a stark choice presented to humanity — “accomplishes something that charts and graphs never will.”

In narrative prose unusual for a formal scientific study, the researchers imagine what Antarctica might be like in 2070 — with and without rapid cuts to emissions. Given the incredible size of the Antarctic ice sheets, actions taken in the next decade, the researchers conclude, will reverberate for millennia.

“I’ve never been at an Antarctic or climate conference where people said, ‘That happened slower than I thought it would,’” Hulbe says. “There is nothing here to be complacent about.”