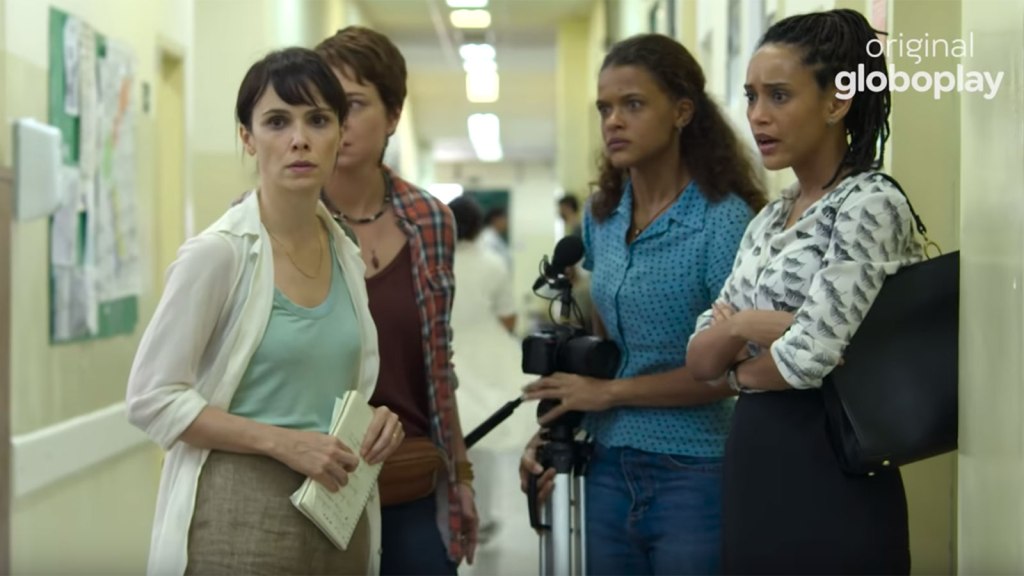 If you’re a telenovela fan, you know that it’s all about the dramaaaaa. And at least in Brazil, one of the biggest sources of tension is the politically bolstered destruction of the Amazon rainforest.

Enter Aruanas, a new soap opera-esque series that’s spreading the word about the dangers of being an environmental advocate during the administration of Brazil’s pro-agribusiness president, Jair Bolsonaro.

The show, which Greenpeace called “a must-see if you care about the future,” follows a small group of female friends who set up a non-governmental organization (the titular “Aruana”) to investigate the suspicious activities of a mining company that is illegally prospecting for gold on protected land. As the women unravel a dangerous web of environmental crime and secrets, they also deal with their own ghosts and personal dramas.

American soap opera fans may find that premise kind of deep, but it makes perfect sense as telenovela fodder. While the classic versions of these Latin American TV dramas are basically over-the-top love stories complete with evil twins, love triangles, and random bouts of amnesia, modern takes often touch on real-world issues. And the already dramatic nature of Bolsonaro’s battle over the world’s largest rainforest almost makes the fictional 10-part series seem like a documentary.

Since he took power in 2019, Bolsonaro, aka the Trump of the Tropics, has cleared the path to increased deforestation in Brazil’s rainforest. As one of his first acts as president, he transferred control over the country’s indigenous reserves to his Agricultural Minister, Ricardo Salles. (Salles has called climate change “secondary” and asserts that agribusiness is “under threat.”)

In July alone, the country razed more than 1,800 square kilometers of the rainforest — a daily clearance rate equivalent to the square footage of Manhattan. Many environmentalists are concerned that by pushing the world’s biggest rainforest toward an irreversible tipping point, we may lose a major part of the world’s carbon fighting toolkit.

And it’s not just the forest that is suffering. The South American nation ranks among the deadliest places for environmental activists — according to the organization Global Witness, 57 were killed there in 2017 alone. The danger is compounded by comments from Bolsonaro and his allies, who have bemoaned the amount of land allocated to Brazil’s approximately 1 million indigenous people and denounced the activities of NGOs, similar to the fictional Aruana.

All of those factors feed into the plot of the telenovela, creating a high-risk backdrop for the protagonists with a not-so-hidden message. “Aruanas is an invitation for us to dream of a more just and sustainable future,” said a statement released by production house Maria Farinha Films. “It is entertainment put at the service of a pressing and important global cause, by taking the debate about the conservation of rainforests and work of environmental activists to the whole world.”

Sustainability is not just a theme of the series but was also at the heart of the production. To cut down on waste, the series recycled and reused 90 percent of all its costumes. The show also took representation into account: Of the crew and leading actors, 47 percent are women, while a third of the cast is from the region of the Amazon where the series is filmed.

Brazil’s telenovelas have a history of shaping public opinion on current affairs. For the vast majority of Brazilians who live in cities, the assault on the rainforest can feel a distant reality. But Aruanas is helping with awareness by bringing these issues into urban living rooms. “We want this show to make the environment a subject for the average family at the dinner table — to make it a more everyday topic for Brazilians,” Marcos Nisti, co-creator of the series, told the Guardian. “This is not other people’s problem – it’s our problem. It’s a problem for all human existence.

“We want to enter people’s hearts,” he added. “It’s not the normal way we get information about global warming, but it’s a way to connect with people.”