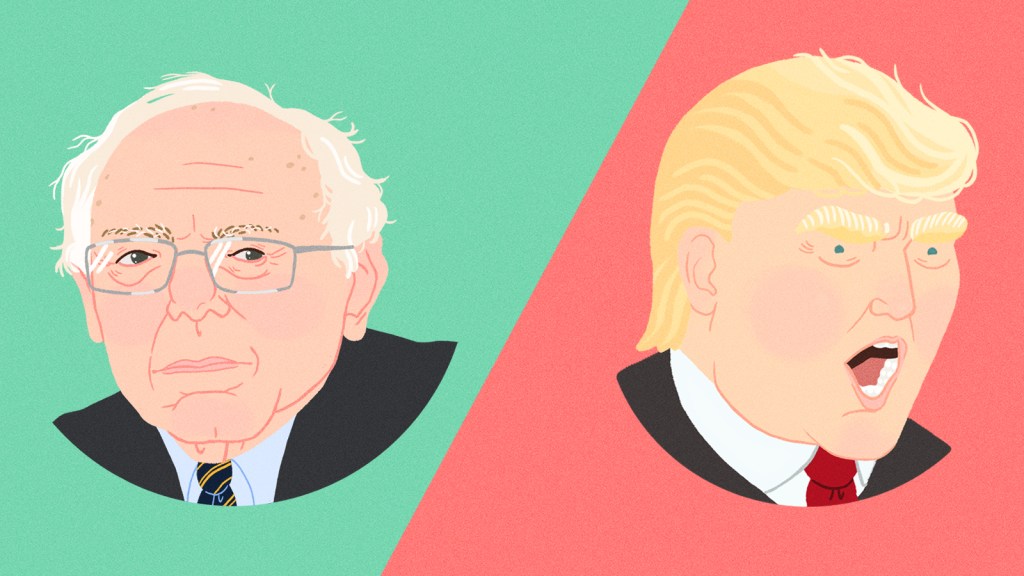 Three years ago, Trump said that “the concept of global warming was created by and for the Chinese in order to make U.S. manufacturing non-competitive.” Sanders brought that bizarre statement up at a campaign rally in New Hampshire.

“What an insight,” Sanders told the audience. “How brilliant can you be? The entire scientific community has concluded that climate change is real and causing major problems and Trump believes that it’s a hoax created by the Chinese. Surprised it wasn’t the Mexicans.”

In response, Trump fluffed his hair, pursed his lips, and said, “HA! Doesn’t ol’ Marxist Sanders know that the Mexicans are too busy running across the boarder to steal our jobs? I kid, I kid! They’re actually too busy selling drugs to white kids. It was definitely the Chinese.”