California has big dreams -- and they're stuck in traffic. 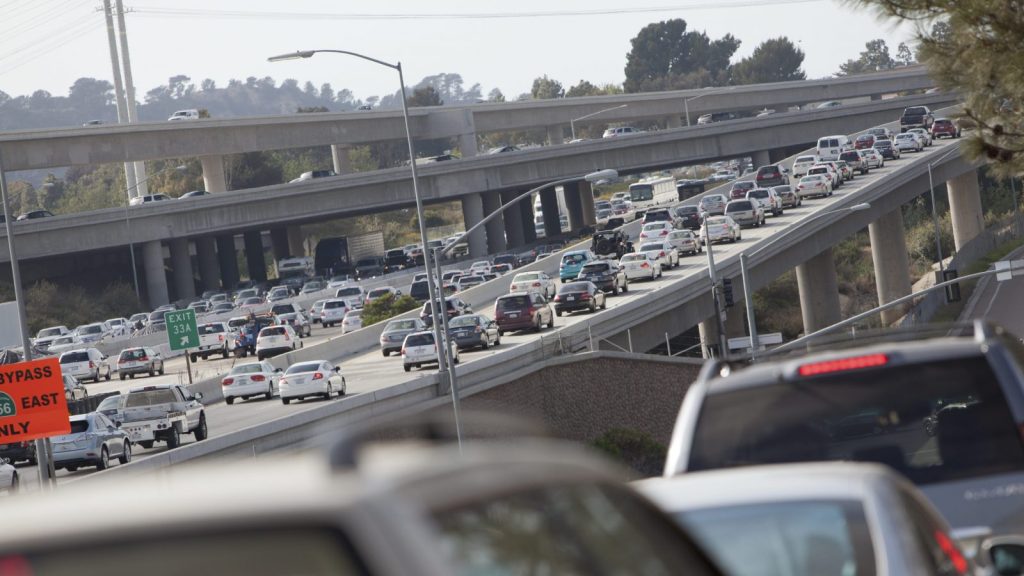 California has big dreams — and they’re stuck in traffic.

When environmentalists want hope, they often turn to California, a state taking strong climate action and promising even more, all while maintaining a robust economy. But the state is also a home of car culture, high-schoolers cruising down mainstreet, lowriders parading, and Angelenos telling each other how to take the 10 to the 405. It’s built on a foundation of squat, sprawling development connected by jam-packed freeways.

And, according to a new report, California is dreaming if it hopes to achieve its climate goals with all that driving. The state is “moving in the wrong direction” when it comes to transportation, its biggest source of emissions, according to the California Air Resources Board, a state agency.

Californians are driving more, burning more gas, and spewing out more pollution from their tailpipes. That’s because the state has failed to take the kind of actions needed to get people out of their cars. By 2030, the state wants to get greenhouse gases 40 percent below 1990 levels. And outgoing Governor Jerry Brown has set a far tougher goal: Making the state carbon neutral by 2045.

But if the Golden State can’t scrap its car culture, California won’t meet its 2030 goals, according to the agency’s report.

“California will not achieve the necessary greenhouse gas emissions reductions to meet mandates for 2030 and beyond without significant changes to how communities and transportation systems are planned, funded and built,” the report said.

The state is still spending the lion’s share of transportation dollars on building and maintaining roads for cars. It’s also been unable to build enough housing near jobs, forcing workers to make long commutes to far flung developments.

California has plans to build more apartments in walkable neighborhoods and improve transit systems, said Ella Wise, a policy advocate for the nonprofit group, ClimatePlan. “We need to translate those plans to action on the ground,” she said. “That’s not what’s happening, yet.”

In 2008, California passed a law requiring communities to upend their land-use and transportation plans to reduce pollution and stem climate change. But nothing much changed. California is just as sprawling and traffic-choked as it was a decade ago.

This isn’t a problem that can be solved by Tesla slashing prices on its Model 3s. The report found that even if the number of people buying zero-emission cars soared 10 fold, Californians would still need to drive less to meet the state’s climate goals.

“We know what we need to do,” Wise said. “This is about healthier communities, safer streets, and more equitable access to jobs. It’s about real people and real lives.”