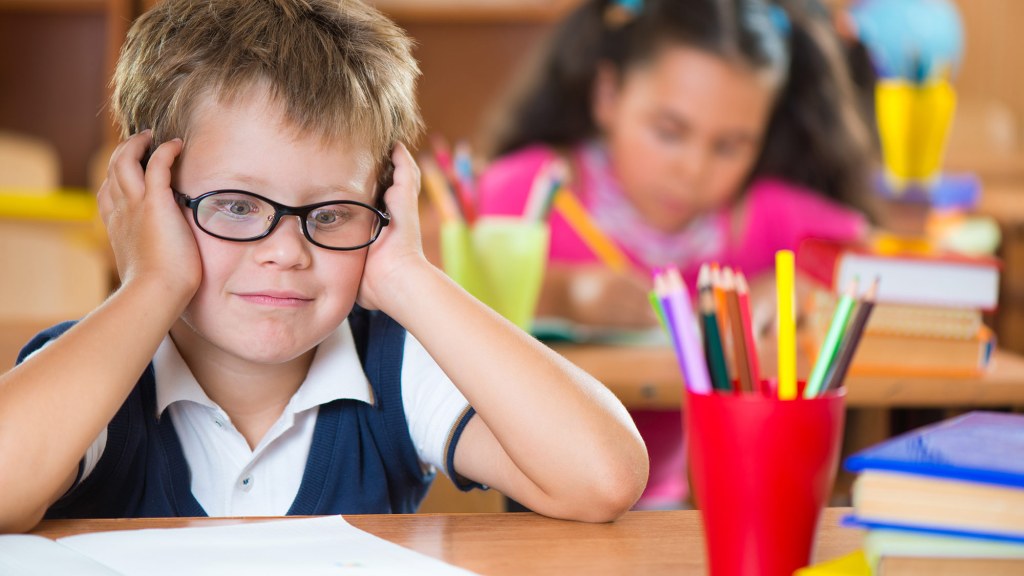 Climate change is happening: The dispute is over, the science is clear, the skeptics are dangerously wrong. The rest of the world has accepted this, but here in America, it seems we still need some convincing — especially if you’re, say, a Republican presidential hopeful. But it’s not just potential world leaders who are dumb on climate: It’s textbooks.

Researchers at Stanford analyzed four textbooks used in sixth-grade science classes in California and found they’re still peddling the old idea that the science is unclear. The Guardian reports:

Researchers studied 2,770 words used in the books, which are given to students as their first introduction to climate science, and found that the widely accepted opinion that the climate is changing and that humans are the main cause wasn’t represented in the books.

Whereas California science textbooks on other subjects list facts, the books focused on climate change use conditional words like “could”, “might” or “may” throughout. Three of the textbooks are called Focus on Earth Science, published separately by Prentice Hall, Glencoe-McGraw-Hill and CPO Science. The fourth is called Earth Science, published by Holt, Rinehart & Winston.

The Prentice Hall book, first published in 2008, states: “Not all scientists agree about the causes of global warming. Some scientists think that the 0.7C degree rise in global temperatures over the past 120 years may be due in part to natural variations in climate.”

The same book stresses that climate change “could have some positive effects”.

Those “positive effects,” according to the text, include a longer growing season in some places. But if the ability to grow soybeans on the tundra seems like an insignificant advantage to you, you’re right: The positive effects of climate change won’t do us much good when we’re fleeing from crazy storms, epic droughts, hellish wildfires, rising sea levels, etc.

So what’s the deal? Why are these textbooks propagating bullshit? Well, three of the textbook companies didn’t respond to the Guardian‘s request for comment, but a spokesperson for Prentice said, “Pearson curriculum is developed by expert author teams and is reviewed by independent academic reviewers.”

Apparently not. New textbooks are currently under review by the California State Board of Education and will be introduced in classrooms in 2018. Hopefully this time they’ll get it right.