California’s carbon emissions are back to where they were when Macaulay Culkin was battling burglars and MC Hammer first told us we couldn’t touch this.

The California Air Resources Board said Wednesday that the state had hit its goal of bringing greenhouse gas emissions to 1990 levels four years ahead of schedule. The drop came thanks to a boom in renewables and improving efficiency. 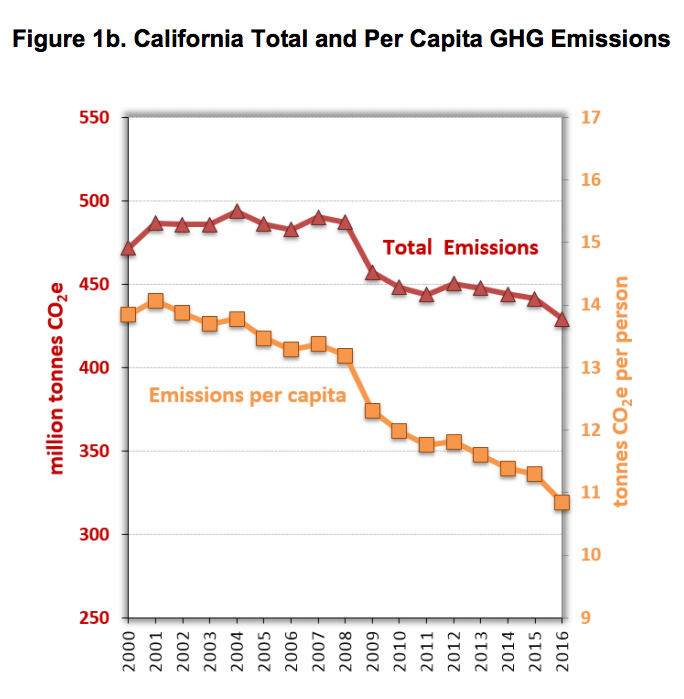 The results put the lie to the canard that emissions can only fall when an economy shrinks: the Golden State’s economy boomed as it cut its emissions. “California now produces twice as many goods and services for the same amount of greenhouse gas emissions as the rest of the nation,” according to the Air Resources Board. 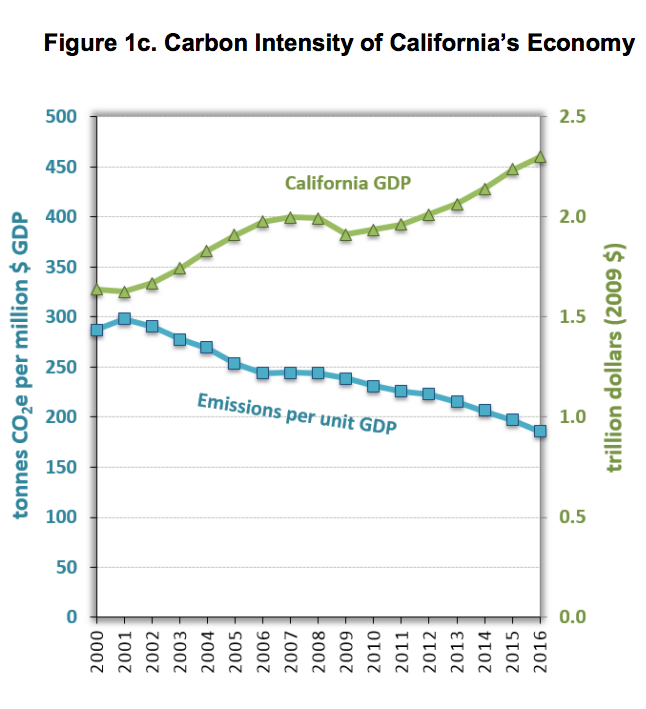 The biggest reductions came from the electric power sector, where an increase in wind and solar energy has been displacing fossil fuels. 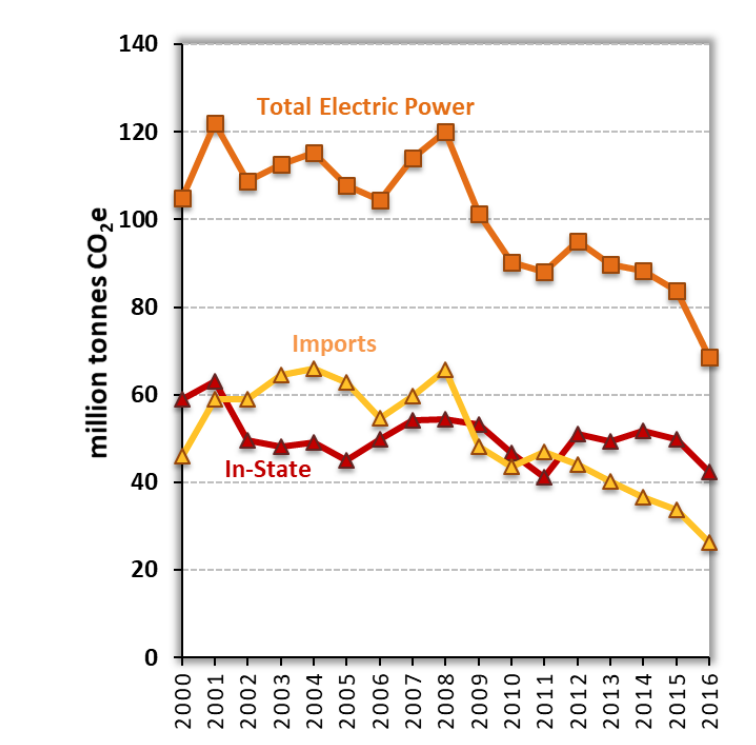 To be sure, there are some signs that future progress could be harder. In the first quarter of this year, for instance, California’s electric system was actually slightly more polluting than the same quarter of last year. The state will need to make improvements in other sectors to meet its goals. At this point those miles of vehicles, bumper to bumper on the freeways — not electric power — are the largest problem. And transportation emissions have gone up, not down. 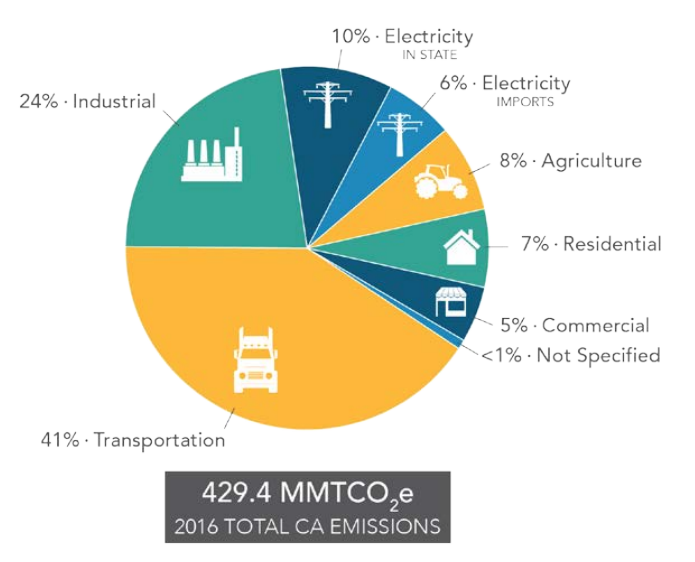 And so policy makers are turning their attention to cars. Governor Brown has a goal of getting 5 million electric vehicles on the road by 2030, up from about 400,000 today. To help that happen, California is spending nearly a billion dollars on charging stations, electric buses, and electric vehicles for government agencies. Some legislators are also trying to allow developers to build more homes in cities, where people can bike or take transit rather than driving. Both candidates vying to replace Brown as governor have vowed to build more housing.

California’s climate laws set the next milestone at cutting emissions another 40 percent by 2030, what Brown called “a heroic and very ambitious goal.”