California’s drought is over! Too bad the world’s breadbaskets are slowly drying out. 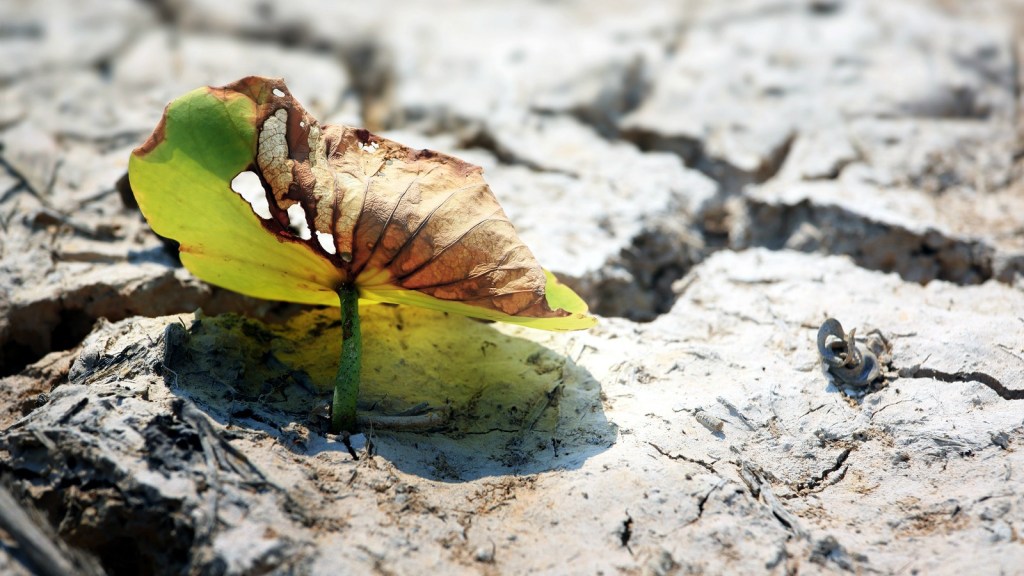 California’s drought is over! Too bad the world’s breadbaskets are slowly drying out.

After California’s wetter-than-normal winter — and the official end to its drought — you’re probably not thinking much about water scarcity and the food supply. But our food and water woes go well beyond the Golden State’s latest precipitation patterns, as this new Nature study from a global team of researchers — including two from the NASA Goddard Institute for Space Studies — shows.

The paper notes that the globe’s stores of underground water, known as groundwater — the stuff that accumulates over millennia in aquifers — is vanishing at an “alarming” rate, driven mainly by demand for irrigation to grow crops. You can think of such reserves as “fossil” water, since it takes thousands of years to replenish once it’s pumped out. Once it’s gone, some of the globe’s key growing regions — the breadbaskets for much of Asia and the Middle East — will no longer be viable. Here in the United States, we rely heavily on California’s Central Valley for fruit, vegetables, and nuts — which in turn relies on some of the globe’s most stressed aquifers for irrigation. Tapped-out aquifers point to a future marked by high food prices and geopolitical strife.

The Nature researchers found that the most severe depletion is concentrated “in a few regions that rely significantly on overexploited aquifers to grow crops, mainly the USA, Mexico, the Middle East and North Africa, India, Pakistan, and China, including almost all the major breadbaskets and population centers of the planet.”

The group mapped global food trade flows from these areas with the most-stressed aquifers — places like the California Central Valley, the Midwest’s High Plains (where farmers have for years been draining the Ogallala Aquifer to grow corn and cotton), India’s breadbasket, the Punjab, and China’s main growing region, the North Plain. That these crucial resources are being rapidly used up is well established — for example, see the 2014 Nature paper, using satellite data by NASA water scientist James Famiglietti, which I discussed here.

What the new paper adds to that chilling assessment isn’t comforting to U.S. eaters, or people who look at long-term geopolitical trends. They name the seven countries where farmers are drawing the most from overstressed aquifers: India, Iran, Pakistan, China, the United States, Mexico, and Saudi Arabia. Together, agriculture within these countries is responsible for more than 90 percent of the globe’s irrigation water taken from overdrawn aquifers.

Such withdrawals rose by 22 percent between 2000 and 2010, they found. Three countries drove most of that gain: India, where unsustainable groundwater withdrawals for irrigation jumped 23 percent; China, where such water use doubled; and the United States, where it grew by nearly a third. These rates are higher than global population growth, which was about 13 percent between 2000 and 2010.

Note that the group was looking at data from a period just before the onset of California’s recent drought (2011–2016), which triggered a massive frenzy of water-pump drilling and an epic drawdown of aquifers. The new study underlines a point I’ve made before: Water reserves in California’s Central Valley are in a long-term state of decline — aquifer recharge during wet years never fully replaces all that was taken away during dry times.

The Nature team took withdrawal data and overlaid them with food-trade data. Of those seven countries that use massive amounts of water from dwindling aquifers to grow crops, just three are major exporters of those crops: the United States, Mexico, and Pakistan. Here in the United States, the two farming regions that lean heavily on unsustainable water, California and the Plains, are also major crop exporters. So it’s no surprise that 42.6 percent of U.S. food grown with fossil water is sold abroad. China, a massive buyer of U.S. soybeans and other crops, was the No. 1 destination of such U.S. exports in 2010, the study found.

They also looked at countries that rely most on imported food grown with fossil water. The researchers found that a “vast majority of the world’s population lives in countries sourcing nearly all their staple crop imports from partners who deplete groundwater to produce these crops, highlighting risks for global food and water security.” The countries with the biggest fossil-water footprints for imported food were, in order, China, the United States, Mexico, Japan, and Saudi Arabia. The No. 1 source for U.S. imports of aquifer-draining food, which nearly doubled between 2000 and 2010, was Mexico, a major supplier of our fruits and vegetables.

Along with Mexico, Iran, and China, the researchers placed the United States among a handful of countries that are “particularly exposed” to the risks of groundwater scarcity “because they both produce and import food irrigated from rapidly depleting aquifers.”

The paper isn’t trying to make the point that food trade is somehow bad. Rather, it’s that global food trade hinges increasingly on a vanishing resource, and that the water footprint of our food supply is largely invisible to both end consumers and policymakers. As NASA’s Famiglietti put it in his 2014 Nature paper, “groundwater is being pumped at far greater rates than it can be naturally replenished, so that many of the largest aquifers on most continents are being mined, their precious contents never to be returned.” As for regulation, a “veritable groundwater ‘free for all’” holds sway globally, and “property owners who can afford to drill wells generally have unlimited access to groundwater,” Famiglietti notes.

And trade means we’re all in this together. Food choices made by consumers in Qatar can have an outsize impact on aquifers in geopolitical hot spots like Pakistan, while decisions made by those who control China’s food system can tax aquifers under Kansas and Fresno County, California. Like climate change and antibiotic resistance, water scarcity is a global problem that requires global solutions.