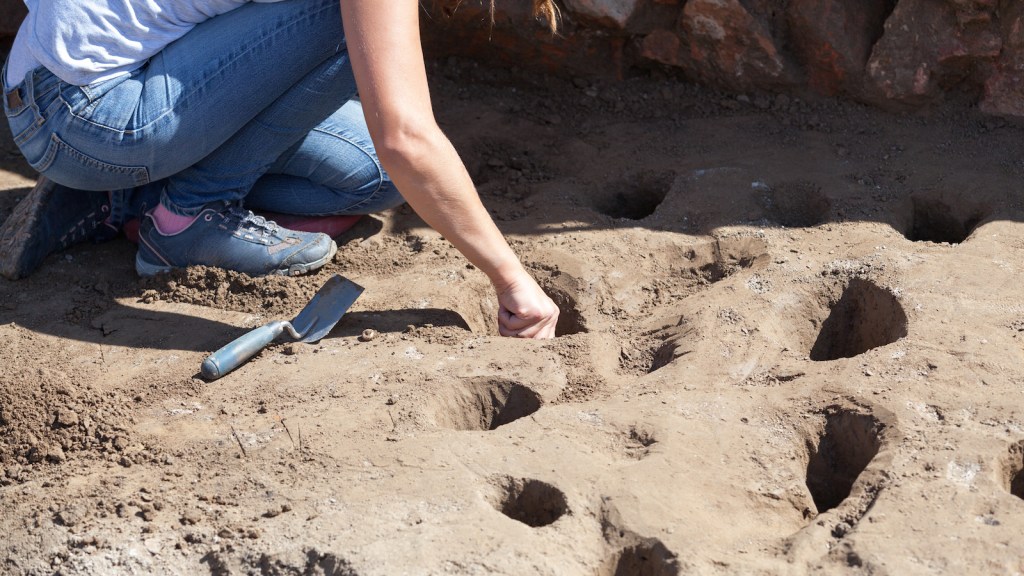 Mihajlo Maricic / EyeEm
lost in the sands of the times

If you like clams, you’re not alone. For the past 164,000 years, people have used shellfish as a food source. We know this thanks to shell middens found on shorelines around the world. By studying these mounds, scientists can say a lot about the history of early humans— from their dietary preferences to migration paths.

But this window into humankind’s past is shutting down because of — you guessed it — climate change. Rising sea levels, thawing permafrost, and vegetation increases are destroying archeological sites everywhere.

The latest findings come from scientists studying over 3,000 prehistoric shell midden sites on the Farasan Islands in the Red Sea some 30 miles offshore from Saudi Arabia. For 7,500 years, these sites have experienced a naturally fluctuating shoreline, giving the research team a perfect opportunity to assess the effects of such changes. Usually well-preserved at archaeological sites, shells are now being washed away by rising sea levels.

“Whilst there are many very negative connotations with sea-level rise for global society in general, the issue is already having severe impacts on cultural heritage world wide,” archaeologist Matthew Meredith-Williams, who co-authored the paper, told Grist.

And sea-level rise could be having an even greater impact on the archaeological record in the Arctic. Last year, scientists studied national cultural heritage databases and determined that there are at least 180,000 archeological sites in the Arctic. These sites are being lost to climate change faster than sites elsewhere, according to the paper published in the Antiquity journal.

Among endangered sites are Paleolithic excavations in the lower reaches of the Yana River in eastern Russia that show the life of ancient humans who settled the Arctic about 30,000 years ago. Ivory was found there with carved patterns that gave a glimpse of symbolic and ritual activities of early Siberians. Today, the Yana site is facing threat of destruction — part of it was already washed away as a result of erosion.

Even increased vegetation caused by a warmer climate threatens heritage sites. As boreal forests expand into the Arctic tundra, roots exploit the soil for water and nutrients — it could cause physical damage to organic archaeological material and disturb the archaeological stratigraphy, which is crucial to site interpretations.

“The problem is very serious,” Jørgen Hollesen, senior researcher at the National Museum of Denmark, and co-author of the study in Antiquity told Grist. “Very few of the Arctic sites have been visited in recent times and therefore we know little about their current state of preservation. Currently we are working in the Nuuk region of Greenland. Here our newest results show that we could lose up to 70 percent of the organic content within this century.”

And there are problems in the continental U.S., too. Scientists announced in a 2017 study that almost 20,000 recorded archaeological sites along the coastline from Maryland to Louisiana are in danger of being destroyed by a sea-level rise of only 3 feet.

One of the endangered sites is Fort Sumter where the first shots of the Civil War were fired. The low-elevation island it’s located on would be lost by 3 feet of sea-level rise. Even the Lincoln and Jefferson memorials in Washington, D.C., are at risk because the Potomac River would experience higher tides and more frequent flooding as a result of climate change.

“For sites along the Pacific Coast, rising seawater and the intensity of storms threatens to destroy many significant coastal sites from Baja up to the Alaskan seashore,” anthropologist Sara Gonzalez from the University of Washington told Grist. “In Washington, Oregon, and California, sites are not only being impacted by coastal erosion, the increase in large, catastrophic fires is also creating significant dangers for the heritage.”

In a weird twist the same thing that threatens world heritage also can help uncover it. Since the 1990s, the discoveries include Viking artifacts in Norway, ancient weapons in Canada, and human remains in South America. For years scientists didn’t consider sub-Arctic areas as places worth digging but ice and permafrost created a perfect environment for preserving organic materials of ancient nomadic civilizations. Until, of course, climate change struck.

“If we do not protect the sites, we will lose irreplaceable human and environmental records of the past,” Jørgen Hollesen said. “It would be a great shame if future generations will not have this opportunity to learn from the past as we have.”