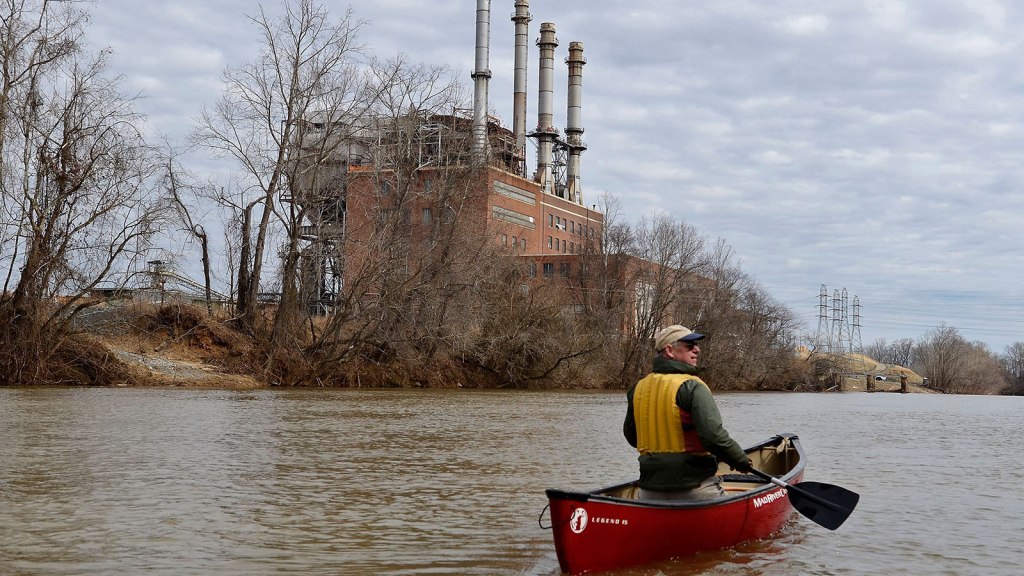 But the issue of coal ash is not unique to North Carolina — it’s happening everywhere.

A new report, published jointly by the Environmental Integrity Project and Earthjustice, found that 242 — the vast majority (91 percent) of the coal-fired power plants examined — had elevated levels of toxic heavy metals and other pollutants in nearby groundwater. Over half of those sites were contaminated with cancer-causing arsenic, and 60 percent were polluted with lithium, which has been linked to neurological damage. That’s … not good.

In 2014, North Carolina experienced the third-worst coal ash spill in recorded history, dumping 39,000 tons of waste product along 70 miles (110 kilometers) of the North Carolina-Virginia border. Residue from the spill coated the floor of the Dan River. This contamination poses many health risks to people living nearby, such as cancer and asthma.

The cleanup, which is still ongoing after five years, could cost Duke Energy to the tune of $5 billion, and according to the Associated Press, the company plans to pass the rather expensive bill along to its consumers.

The issue of coal ash in North Carolina flared up again last year when Hurricane Florence caused flooding at coal ash sites alongside Duke Energy’s L.V. Sutton Power Station, which carries coal ash components into a cooling lake and then into the nearby Cape Fear River. Cape Fear River is a water source for Wilmington, a city of 60,000 downstream from the coal ash site.

“Our communities are being harmed both by Duke Energy’s coal ash negligence and by repeated flooding from our changing climate,” said Bobby Jones of the Down East Coal Ash Coalition, speaking at a press conference at the First Baptist Church in downtown Raleigh. “Duke’s influence is a moral decay that erodes our democracy.”

Duke may not be the only company to blame (also, they’ve vehemently opposed the report’s findings.) The new report analyzed data from 265 plants–about three-quarters of all coal power plants in the U.S. And the report’s authors say they could be “understating” the extent of contamination since data is available only on coal ash sites actively in use; ponds and landfills that hold coal ash but are not receiving any were not included.

As with many environmental woes, low-income communities and communities of color are the ones likely to suffer the most from this threat as these sites tend to be located near their homes. According to Abel Russ, lead author of the report and an attorney for the Environmental Integrity Project, as long as EPA Administrator (and former coal lobbyist) Andrew Wheeler is at the helm of the environmental agency, that threat will not waver.

“At a time when the EPA […] is trying to roll back federal regulations on coal ash, these new data provide convincing evidence that we should be moving in the opposite direction,” Russ said in a statement.