In the southernmost peninsula of the Bronx, a pair of faded yellow gas-fired turbines release a stream of pollution. Just a few blocks away, there sits another pair of turbines, adding to a waterfront already crowded with industry. These “peaker plants” are designed to kick in when New York’s energy is in high demand, like when the AC is blasting on a hot summer’s day.

When the plants were installed in 2001, the public was told they were temporary. But 18 years later, they remain a standing source of toxins in what is the country’s poorest congressional district, according to the 2010 census.

“You’re basically consigning the community to a health crisis” by installing peaker plants in a place that’s already heavy with sources of pollutants, said Eddie Bautista, the executive director of the NYC Environmental Justice Alliance. On New York’s hottest days, air quality is already at its worst due to higher ozone levels, he explained, so “you turn a peaker plant on the absolute last day you’d want to spew a lot of toxins in the air.”

The plants are part of New York Power Authority’s PowerNow! Project. As part of the effort, turbines were also built in several other low-income pockets, including around the corner from a school in Brooklyn, across the street from homes in Staten Island, and a block away from Queensbridge Houses, the largest public housing complex in the country.

As New York seeks to shift to renewable electricity and battery storage, public officials are trying to figure out how to finally shut down this longstanding source of pollution. Earlier this month, at a legislative hearing on a bill to phase out gas power plants, Costa Constantinides, a city council member representing Queens, spoke out strongly against the PowerNow! Project.

“It’s unacceptable,” said Constantinides, who pointed out that New York residents were told that the 11 turbines would be there for only three years. “Well, that was 2001, and we’re in the year 2019. A child born that year is now the legal age to vote.”

So Constantinides recently introduced a bill, Intro 1318, that would mandate New York City to come up with a plan to phase out all 21 gas power plants citywide, including the PowerNow! Project. Rebecca Bratspies, one of the bill’s advocates and the founding director of the City University of New York Center for Urban Environmental Reform, envisions that some of the 416 acres of land on Rikers Island could be used for solar and renewable energy following the likely closure of the jail within the next decade.

The proposal would enable the closure of the noxious peaker plants and help New York achieve its renewable energy goals at the same time. With its proximity to La Guardia airport, the land has limited possibilities for development due to height and noise restrictions.

Bratspies also testified at the hearing, pointing out that they might not have been necessary in the first place. “These plants were sited with virtually no process and over vehement community objections,” she said, adding the Power Authority fast-tracked the facilities into communities under the premise of avoiding rolling blackouts, such as the ones California experienced earlier that year.

That premise has been called into question. The same year the peaker plants were installed, “the [New York State] Public Service Commission found that the city could have met its peak power needs without these plants,” Bratspies said in her testimony, referring to statements made by NYPSC representatives during a 2001 hearing. More recently, a 2018 report from the Department of Public Service and New York State Energy Research and Development Authority confirmed that the state could meet its energy needs without “its oldest and dirtiest peak generating plants.”

This idea for a renewable Rikers stems from a 2017 report that lays out a blueprint for closing the facility. It notes that the jail “historically inflicted harm on specific New York City communities such as Central Brooklyn, Southeast Queens, the South Bronx, and Upper Manhattan” — many of the same communities the power plants spew their toxins in.

Peaker plants are only used during extreme weather events, but they “produce twice the carbon emissions per unit of energy generated compared to fossil-fuel plants of similar capacity,” according to the 2018 Department of Public Service report. The same publication notes that the facilities emit sulfur dioxides, nitrous oxides, and particulate matter, which contribute to asthma and other health problems.

Despite these clear public health risks, the state bypassed a requirement to look into other sites and consider “whether a proposed plant would go into a neighborhood that is already disproportionately affected by pollution,” according to a 2001 New York Times article. (New York Power Authority did not respond to Grist’s requests for comment.)

When the plants were initially proposed, Bautista and other organizers with Communities United for Responsible Energy called for a “community-based planning process” and a review that would take into account the total health and environmental impact on communities, as Julie Sze wrote in the book Noxious New York. They also pushed the state and city to pursue other remedies, such as energy conservation and replacing old components of power plants to make them run more efficiently, Bautista told Grist. 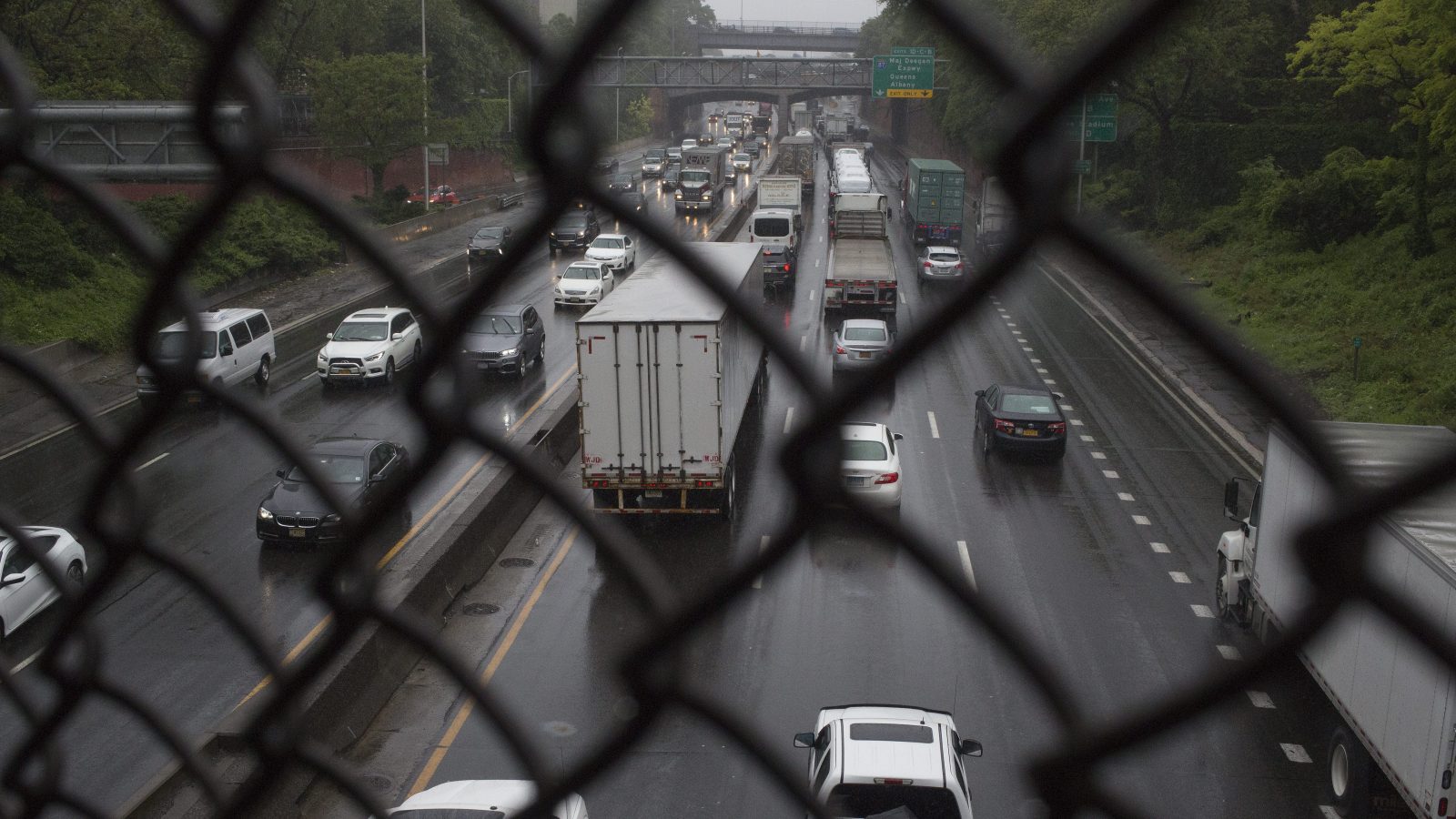 One of those communities was the South Bronx. In a video describing the preponderance of asthma in the area, Mychal Johnson, an activist who has been fighting these power plants for years with South Bronx Unite, said his community was already encircled by highways, major pollution sources. “It has five bridges intersecting with our neighborhood,” Johnson explained in the clip. “There is one of the largest waste transfer stations in the city located right here in our community. It’s been well documented that this community is considered Asthma Alley because of poor air quality.”

Today, the challenge for the city is to develop a plan that not only cuts CO2 emissions but also helps the communities that bear the brunt of pollution from the peaker plants. While Bratspies is still finalizing a study about the viability of installing solar panels on Rikers Island — which is just off the coast of the South Bronx  — her findings thus far are encouraging.

“If 100 acres of Rikers were devoted to solar panels, the island could generate enough electricity to replace the ‘temporary’ power plants foisted on environmental justice communities two decades ago,” Bratspies said.

Constantinides has been working with Bratpsies on the idea and announced it in his 2019 agenda speech. While he cautioned in his speech that the plan could take more than a decade to get off the ground, he was optimistic that this “means to right past wrongs” would one day “blossom into a showpiece for the rest of the world.”