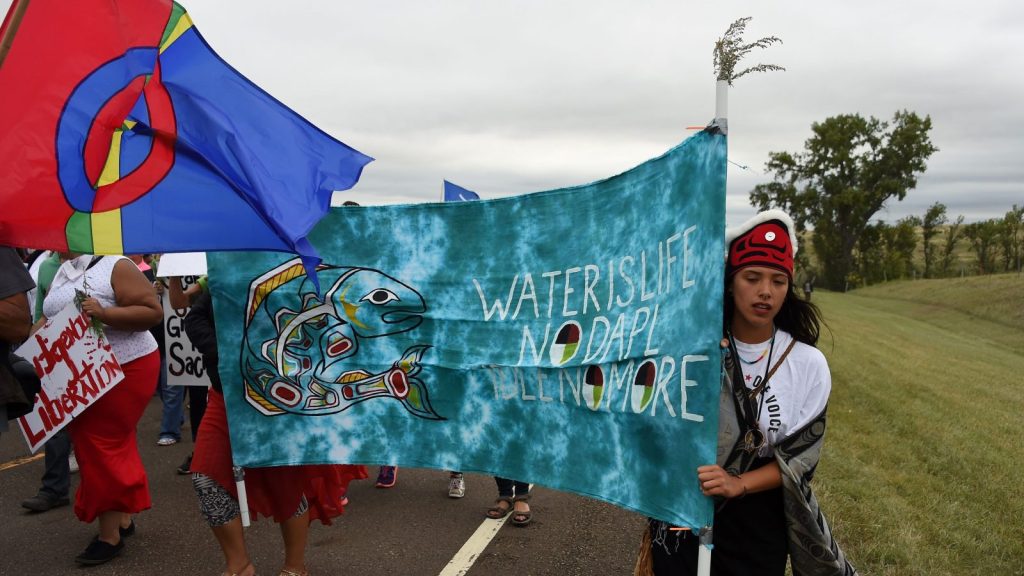 Texas-based pipeline giant Energy Transfer Partners went on a website-buying spree after months of fierce public protest over its Dakota Access Pipeline, nabbing dozens of URLs it expected pipeline opponents might use to target the company’s other projects.

The damage-control effort is related to several ongoing operations, including the company’s $4.2 billion Rover natural gas pipeline in Ohio, the $670 million Bayou Bridge Pipeline in Louisiana, and the Trans-Pecos and Comanche Trail pipelines in West Texas.

Energy Transfer Partners purchased at least 102 anti-pipeline websites between January and June 2017, according to a list compiled by the nonprofit Climate Investigations Center and shared with HuffPost.

Energy Transfer Partners spokeswoman Alexis Daniel told HuffPost this website buying is “standard brand management practice for our company before we begin any major project in order to protect the brand of the project.”

“During the time we had multiple projects under construction or beginning construction, all of which have been successfully completed and are operating today,” Daniel said in an email.

She did not respond to questions about whether the effort was motivated by protests on the Standing Rock Indian Reservation in North Dakota or for how long the company plans to hold on to the sites.

“Every one of ETPs recent pipeline projects has created major scandal and controversy across the country — from North Dakota to Pennsylvania to Louisiana,” Davies told HuffPost via email. “This preemptive GoDaddy website effort shows that ETP is pretty self conscious and paranoid about their social license. When a company buys the .sucks website for their own name, you know they have problems.”

Energy Transfer Partners created most of the anti-pipeline webpages on January 19, 2017, days after President Donald Trump — a former shareholder in the company — took office and a week before he signed an executive order to push the 1,172-mile Dakota Access project forward. The Obama administration had halted construction the month before in response to growing and at times violent Standing Rock protests.

The company secured a number of other URLs on February 23, 2017, the day law enforcement led what The Guardian described as a “military-style takeover” of the Standing Rock occupation and arrested holdout protesters. That day, Energy Transfer Partners submitted final edits to its permit application with state regulators in Ohio, with whom it had a cozy relationship, to begin construction of its Rover pipeline, as HuffPost previously reported.

Construction of the Rover pipeline began in March 2017. Within weeks, a pair of spills related to the project released more than 2 million gallons of drilling fluid into Ohio wetlands. That project became fully operational late last year.

Last month, after years of protest and legal challenges from property owners and environmentalists, Energy Transfer Partners announced the completion of the Bayou Bridge pipeline. The 160-mile crude oil line cuts through Louisiana’s Atchafalaya Basin, the largest swamp in the U.S., and ties into the Dakota Access Pipeline.

From its first day in office, the Trump administration, which has close ties to Energy Transfer Partners, has prioritized boosting domestic fossil fuel production in a quest for so-called “energy dominance,” rolling back numerous regulations to benefit the oil and gas industry. Trump signed a pair of executive orders earlier this month to speed up oil and natural gas pipeline construction.

Meanwhile, Democratic presidential candidates and current Senators Elizabeth Warren and Bernie Sanders have vowed to ban new coal, oil, and natural gas leases on federal land if elected to the White House in 2020.

The United Nations warned in a report late last year that world governments have just 12 years to halve global carbon emissions to avoid catastrophic global warming that would bring $54 trillion in damages.