Peter Eisenberger was a department head at famed innovation hub Bell Labs when he heard that Exxon was worried the world was running out of oil. It was the 1980s, and the fossil fuel company was recruiting physicists to help it explore alternative energy sources. Intrigued by the opportunity, Eisenberger joined up.

Over the course of eight years, he studied potential oil and gas replacements, eventually coming to an epiphany: “The most sustainable economy is one that gets its energy from the sun, hydrogen from water, and carbon from the air, like nature does,” he tells Grist. From Exxon’s perspective, that meant the company needed to invest in solar — and fast.

Eisenberger’s employer, however, didn’t agree. Exxon punted on solar and doubled down on fossil fuels. So Eisenberger left. Twenty years later, he’s dealing with the consequences of that decision by addressing another parameter in his “most sustainable economy” trifecta: extracting carbon from an atmosphere that’s oversaturated with it. 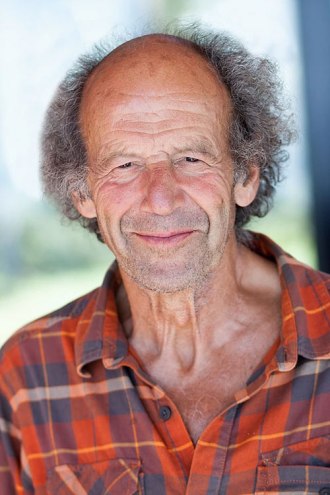 This is, of course, a process that can be done naturally by trees and other plants that need carbon dioxide for photosynthesis. But when Eisenberger talks about a sustainable economy, he’s talking about supplementing the work of trees by capturing the greenhouse gas from, say, the smokestack of a coal-fired power plant, or even directly from the air, and then burying it underground or using it for manufacturing plastics or biofuels.

It’s a complex engineering problem — and a concept that’s fraught for those demanding action on climate change. Scrubbing CO2 out of an industrial facility’s emissions could slow the transition from fossil fuels to cleaner energy sources. At the same time, the added expense would also drive energy prices up.

The U.N. Intergovernmental Panel on Climate Change has, for years, included so-called “carbon dioxide removal” (CDR) technologies among its list of tools to combat warming — and it labeled them as essential in its most recent report, released Monday. The global authority acknowledges that we will likely not slash emissions quickly enough to hit a target of keeping average global temperatures below 2.7 degrees Fahrenheit (1.5 degrees Celsius) above pre-industrial levels, the new mark where scientists expect to see some of the worst impacts of climate change. Instead, after heading into that danger zone, we can rely on these technologies to draw carbon concentrations (and temperatures) back down.

Among CDR technologies, only so-called “direct air capture” can claim to be fully carbon negative — with the potential of sopping up more of the greenhouse gas than even trees. The others, like smokestack removal, are largely carbon neutral. Still, the IPCC readily admits, “Most CDR technologies remain largely unproven to date and raise substantial concerns about adverse side-effects on environmental and social sustainability.”

Direct air capture, which involves plucking carbon from the air we breathe, is among the least developed of the carbon removal options. And while it is far more palatable to environmentalists than cleaning plant fumes, it also costs much more.

But that may be changing. In 2010, Eisenberger launched a new startup, Global Thermostat, with climate economist Graciela Chichilnisky (who, as part of the U.N. Intergovernmental Panel on Climate Change, shared the 2007 Nobel Peace Prize with Al Gore). Global Thermostat is one of three companies that are pioneering the effort to make the challenging technology involved in direct air capture of carbon financially viable. A major deal recently inked by Global Thermostat could signal a shift in the market. If it pans out, we might be getting close to having this key technology as part of our planet-saving arsenal.

A rule of chemical engineering is that the cost of removing a pollutant is inversely proportional to its concentration. Since carbon dioxide is hundreds of times more dilute in the atmosphere than it is in, say, the plumes emanating from a coal plant, it should cost hundreds of times more to remove it from air. So consensus estimates for the cost of direct air capture started out at a wildly cost-prohibitive $600 per ton of carbon dioxide recovered. 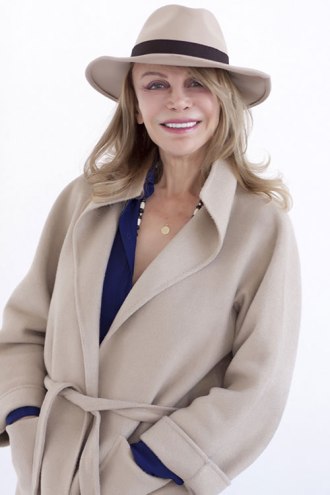 There are two main ways to bring that price tag down. One is technological — essentially building more innovative plants that can retrieve the greenhouse gas from air more efficiently. The other is financial. If a company like Global Thermostat can find buyers for the CO2 they’re able to recover, it’ll make the process cheaper overall.

This spring, one of Global Thermostat’s competitors announced that it has a path to bring that price tag down to $94 per ton. Carbon Engineering, a Canadian outfit, plans to turn captured CO2 into synthetic hydrocarbon fuels. Founder David Keith described the company’s plans to the Atlantic and scientists hailed the proposal as an important breakthrough.

But Eisenberger, Global Thermostat’s chief technology officer, says his company can go even lower. He says that his firm has “irrevocably shown that a price of $50 per ton is achievable.” The first step to getting there is a substantial deal the company negotiated with a major soft drink manufacturer, CEO Chichilniksy tells Grist.

That’s right — Eisenberger wants to reduce the cost of carbon capture by taking CO2 out of the atmosphere and selling it to soda companies.

Global Thermostat is building its first commercial-scale direct air capture plant in Huntsville, Alabama. This particular plant will have an operating cost of $150 per ton of carbon dioxide it recovers (and sells to bottlers). Smaller, shipping container-sized versions of the plant will capture CO2 to be used for both “green bubbles” and as a raw material for making plastic bottles at the soda-maker’s facilities in Florida and Washington state. Since the capture plants will be installed on the factories’ premises, CO2 will be piped directly into the manufacturing facility, saving energy and transportation costs.

The direct air capture system in Alabama is expected to produce a relatively meager 4,000 tons of CO2 annually (equivalent to taking 700 cars off the road), Chichilnisky says. However, she adds, if Global Thermostat built bigger plants for industries that require more carbon, the amount it could deliver “goes up to a million tons of CO2 per year or more — all removed from air.” (That’s the equivalent of taking 170,000 cars off the road.)

These other industries could include water desalination, dry ice, or plastics. It could also compete with Carbon Engineering in the synthetic fuels market. At the rates Chichilnisky quotes, fewer than 400 Global Thermostat plants could potentially suck up 1 percent of global emissions — effectively removing more than 60 million cars from the road. 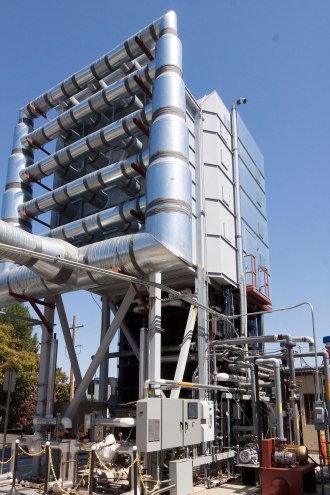 Here’s how the company’s technology works. Global Thermostat modeled its system on catalytic converters. You know, that thing in your Honda Accord that clogs up and causes your “check engine” light to flicker constantly. Converters clean up toxic emissions from burning fuel using heat from the engine — they require around 600 degrees F to work properly — and a chemical that pops apart the bonds that hold together harmful gases. The resulting emissions are harmless water and less-immediately harmless CO2.

This is essentially how Global Thermostat’s system works, except it’s just pulling in air and separating out the CO2 for use in other products. The company has two innovations that allow it to slash the costs of an otherwise energy-intensive process, according to Eisenberger.

First, it uses a very thin air exchanger where ambient air is passed over a polymer that pulls out CO2. The exchanger’s narrowness — 65 times thinner than Carbon Engineering’s — means the air doesn’t have to flow as far, requiring less fan power (and thus less energy).

Add to that, Global Thermostat’s system requires only 185 degrees Fahrenheit to pry the CO2 molecules from the chemical that separates it. (That’s less heat than you need to boil water.) This allows the company to simply use recycled heat from its client’s facility to run the process. This last point is critical: There are huge amounts of heat wasted every day because industries don’t consider it hot enough to be useful. So Global Thermostat can take the leftover heat from creating, say, a giant vat of root beer and use it to make, well, in this case, more root beer.

While soda bubbles and plastic bottles might not be the most sustainable end products, Global Thermostat’s deal is still a breakthrough.

First, these products would be made anyway. Now, they’re just produced with recycled CO2 as opposed to creating additional greenhouse gas.

Second, most new technologies fail in the transition from the lab to the marketplace, so scoring this client will ensure the financial viability of Global Thermostat and its technology. The company will be able to grow, continue to improve its technology, cut costs — and perhaps most important, demonstrate to the world that carbon capture can be done practically and profitably.

Eisenberger is confident that Global Thermostat will succeed because of these economic factors. While Global Thermostat’s current plant produces carbon dioxide at $150 per ton, the company is getting ready to build its next iteration, which he says reduces the cost to $100, a mere factor of two above its goal of $50. Consider that the costs of solar cells have come down by a factor of 100 since 1977, and you can see why the company is confident that they’ll hit their target.

And there’s good reason for that conviction. Following a proposal written in January 2018 by Chichilnisky, the latest federal budget contains a bipartisan law — the Furthering carbon capture, Utilization, Technology, Underground storage, and Reduced Emissions Act (or FUTURE Act) — which provides an unlimited tax credit of $35 per ton for carbon dioxide removed from air and utilized by an industrial facility. That rebate would bring Global Thermostat’s per-ton costs even closer to that $50 target. 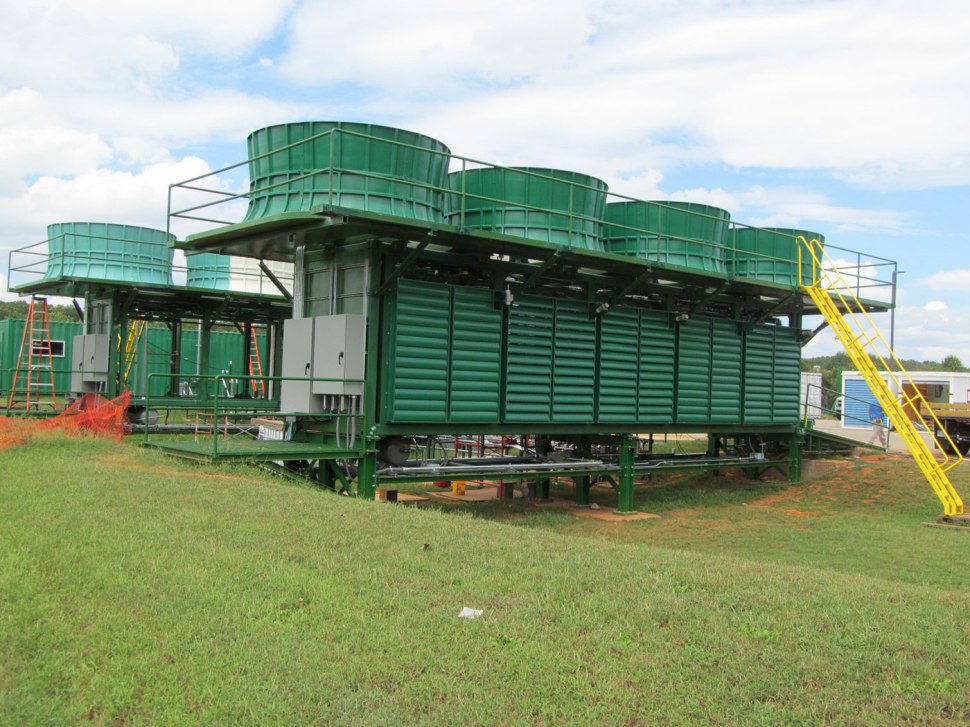 Still, there are those who see direct-air capture as not really ready for prime time, especially when compared with options such as planting more trees, carbon farming, and sucking carbon out of fossil fuel plants’ smokestacks (another cost-intensive process that Global Thermostat can do with retrofits). The IPCC notes in its latest report that deploying the technology at a scale where it could contribute to keeping warming well below 2.7 degrees Fahrenheit is “still a considerable challenge.”

“The thing about direct-air capture is that it’s one of the less technologically developed solutions out there,” says Matt Lucas, associate director of the Oakland, California-based nonprofit Carbon180 (formerly the Center for Carbon Removal). “It has quite high technology risk.”

The folks at Global Thermostat would disagree, and the market may soon prove them right.

Peter Eisenberger, who is now in his late-70s, has had a career that parallels the unfolding path of the modern energy industry. He’s played a role in its past, tried to move it into the future, and is now accounting for its excesses. He doesn’t have an unkind word to say about his former employer Exxon, and he’s quick to point out that fossil fuels were key in advancing human society to where it is today.

“Now we have to switch — it’s part of the natural evolution of our species,” Eisenberger explains. “We’re going to find a way to live sustainably and advance our economy at the same time.”