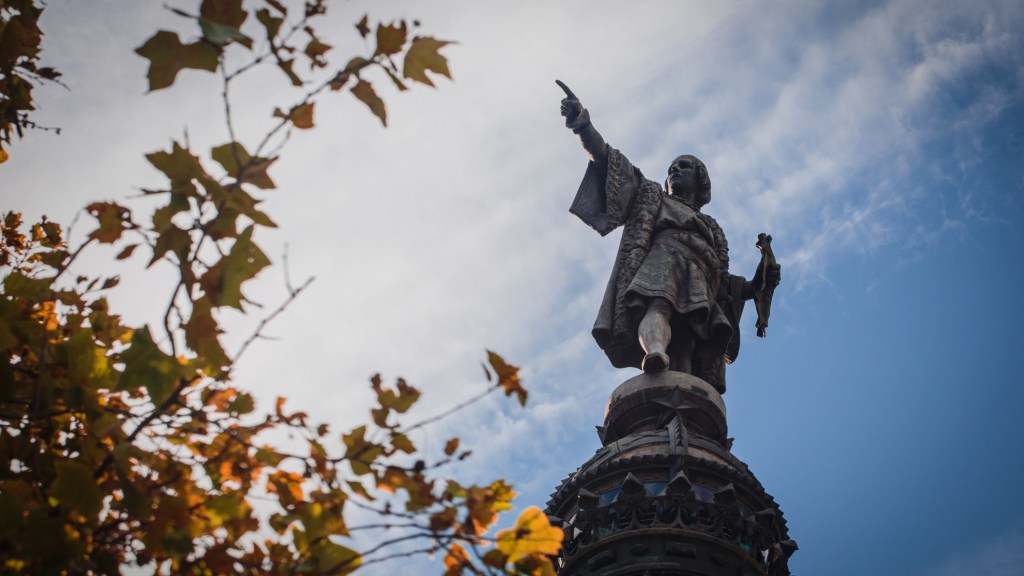 European colonization of the Americas resulted in the killing of so many native people that it transformed the environment and caused the Earth’s climate to cool down, new research has found.

Settlers killed off huge numbers of people in conflicts and also by spreading disease, which reduced the indigenous population by 90 percent in the century following Christopher Columbus’s initial journey to the Americas and Caribbean in 1492.

This “large-scale depopulation” resulted in vast tracts of agricultural land being left untended, researchers say, allowing the land to become overgrown with trees and other new vegetation.

The regrowth soaked up enough carbon dioxide from the atmosphere to actually cool the planet, with the average temperature dropping by 0.15 degrees C (0.27 degrees F) in the late 1500s and early 1600s, the study by scientists at University College London found.

“The great dying of the indigenous peoples of the Americas resulted in a human-driven global impact on the Earth system in the two centuries prior to the Industrial Revolution,” wrote the UCL team of Alexander Koch, Chris Brierley, Mark Maslin, and Simon Lewis.

The drop in temperature during this period is known as the “Little Ice Age,” a time when the River Thames in London would regularly freeze over, snowstorms were common in Portugal, and disrupted agriculture caused famines in several European countries.

The UCL researchers found that the European colonization of the Americas indirectly contributed to this colder period by causing the deaths of about 56 million people by 1600. The study attributes the deaths to factors including introduced disease, such as smallpox and measles, as well as warfare and societal collapse.

Researchers then calculated how much land indigenous people required and then subsequently fell into disuse, finding that around 55 million hectares, an area roughly equivalent to France, became vacant and was reclaimed by carbon dioxide-absorbing vegetation.

The study sketches out a past where humans were influencing the climate long before the industrial revolution, where the use of fossil fuels for the manufacturing of goods, generation of electricity, and transportation has allowed tens of billions of tons of carbon dioxide to be released into the atmosphere.

Widespread deforestation for agriculture and urban development has also spurred the release of greenhouse gases, causing the planet to warm by around 1 degree C (1.8 degrees F) over the past century. Scientists have warned that the world has little over a decade to drastically reduce emissions or face increasingly severe storms, drought, heatwaves, coastal flooding, and food insecurity.

The revegetation of the Americas after European arrival aided declines of global carbon content in the air, dropping by around 7 to 10 parts of carbon dioxide for every million molecules of air in the atmosphere. This compares to the 3 ppm of carbon dioxide that humanity is currently adding to the atmosphere every year through the burning of fossil fuels.

“There is a lot of talk around ‘negative emissions’ approaching and using tree-planting to take carbon dioxide out of the atmosphere to mitigate climate change,” study coauthor Chris Brierley told the BBC. “And what we see from this study is the scale of what’s required, because the great dying resulted in an area the size of France being reforested and that gave us only a few parts per million.”

“This is useful,” he continued, “it shows us what reforestation can do. But at the same, that kind of reduction is worth perhaps just two years of fossil fuel emissions at the present rate.”