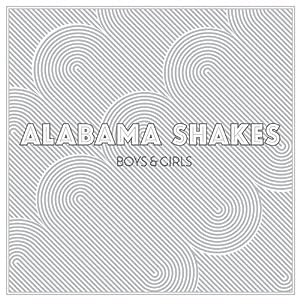 No band in the last five years has gotten as much early hype as the Alabama Shakes. In fact, the hype was so thick that I put off listening to them for quite a while, unsure that the world needed another soul-rock-revival novelty band.

But I finally got around to listening, and damn if they didn’t win me over. The music, while a little too genre-obedient for my taste, has a nice, punchy swing to it, good for dancing, but the main draw is the titanic, endlessly charismatic voice of lead singer Brittany Howard.

Who knows if they’ll hold up over the long run, but the debut album, Boys & Girls, is strikingly mature and well-developed. Especially for a band that looks like they’re playing in a high-school talent competition!

Here’s the first single and what is, to my mind, the album’s clear standout track: “Hold On.”

I’d feel remiss if I wrote a post on music and didn’t note the tragic death today of Adam Yauch, better know as the Beastie Boys’ MCA, from cancer at the age of 47.

The Beasties’ first album, Licensed to Ill, came out when I was 14 years old. With every album after that they reinvented themselves all over again. I remember when Check Your Head came out in 1992, with the classic “Whatcha Want” video, and it felt like another debut. They never repeated themselves, never stopped evolving, but never sounded like anyone else.

I can’t think of another band in the modern era — U2 maybe? —  that has maintained its freshness, creativity, and spirit through such an incredibly long career. What’s more astonishing is that, even more than U2, more than the Rolling Stones, more than any band since the Beatles, the band has been universally hailed and beloved — by all ages, colors, and nationalities. Is there anyone who doesn’t like, or at the very least respect, the Beastie Boys?

And for a rap group full of white Jewish kids! It’s just a remarkable thing. I doubt we’ll see anything like it again in our lifetimes.

Cure and simple: How to make your own bacon and charcuterie