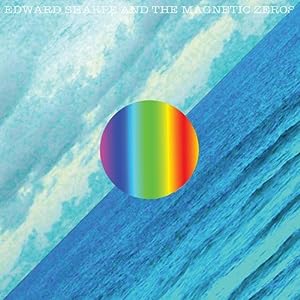 The song “Home,” by Edward Sharpe & the Magnetic Zeros, was the best song of 2009. Most of the world didn’t discover it until 2010, when for some reason it started being used in a ton of TV shows and commercials. However, lucky listeners to my 2009 mix were ahead of the curve. Basically cooler than the rest of you, is what I’m saying.

The whole debut album was good. And last year, lead singer Alexander Ebert put out a solo album under the name Alexander, which in a low-key, sneaky sort of way ended up being one of my favorite albums of the year (on my 2011 mix!).

It’s basically hippie campfire music, with lots of harmonies, hand-claps, and talk of love and good vibes. If you find yourself instinctively skeptical of that genre, well, you’re a sensible person. The world is filled with awful hippie campfire music. In my Montana hippie days, I had to pretend to like a lot of it. No longer!

Ebert has something rare in any genre, though: an ace way with hooks. Oh, and a Grace Slick-sounding girl to sing with. What else do you need, really?

This song is called “That’s What’s Up,” and it’s about, well, love.

It’s summertime, and energy is on our minds