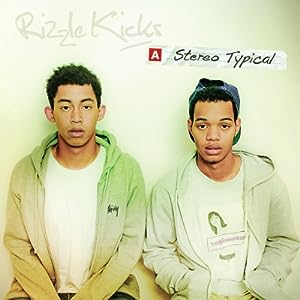 The year is more than half over, which means it’s time for me to start thinking about my end-of-the-year mix. (Yes, I’m slightly obsessive.)

One dilemma I face toward the end of every year is that I’ve found tons of good indie, twang, folk, and … well, let’s just say it, white-dude music, but too little hip-hop, dance, and pop. I just don’t have the wherewithal to wade through the dross and find the gems.

Lucky me, then, to stumble across Rizzle Kicks, a hip-hop duo out of the UK (Brighton). Their debut album Stereo Typical came out last year there and sold well. From what I can tell, it’s still only available as an import stateside, but maybe if it catches on they’re do a U.S. release.

You should check it out. It’s got that old-school bounce. This song is called “Down With the Trumpets.”

As you enjoy your Labor Day, here’s something to worry about