Helping Hurricane Harvey victims is a long game. Here's where to start. 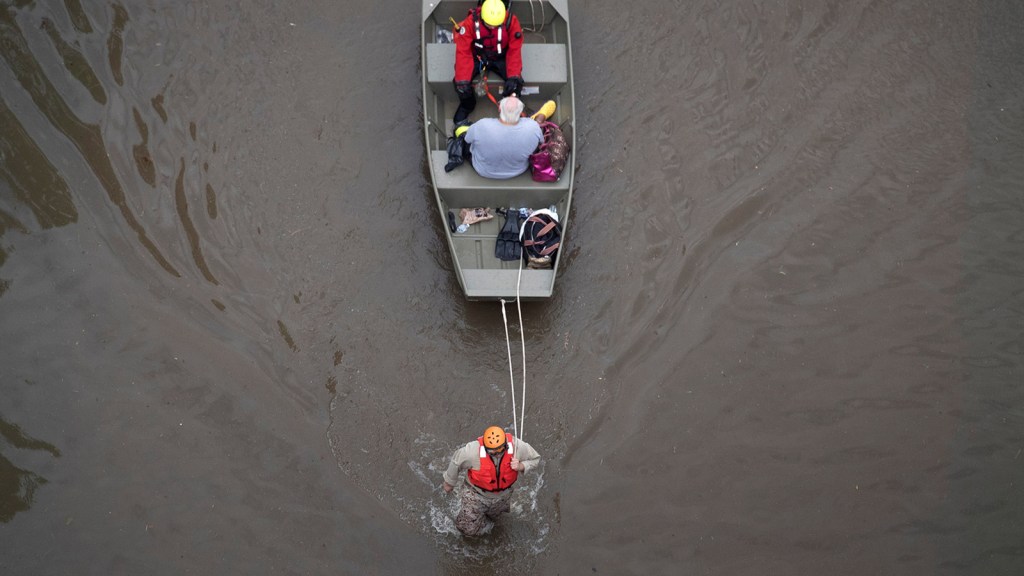 Helping Hurricane Harvey victims is a long game. Here’s where to start.

Anyone trying to understand how, exactly, extreme weather affects different groups disproportionately should continue to watch the aftermath of Hurricane Harvey.

At the moment, it’s undocumented residents who, flushed from their homes, now fear deportation for simply seeking assistance at a shelter against a political backdrop that seems more and more anti-immigrant. Texas is currently in the throes of debate over an anti-sanctuary city bill, SB4. Meanwhile, eyes are on D.C. for Trump’s verdict on the fate of the Obama-era DACA immigration program.

“There’s constant fear,” said Armando Walle, a Democratic Texas state rep from Houston, on a press call. “It was a storm that was equally destructive across all communities and incomes, but it disproportionately affects the Latino community and Latino undocumented community, who are fearful of seeking services or refuge.”

As the city rebuilds, other communities could feel similarly left out, as aid money starts to be distributed and authorities decide what projects to tackle first. You, a good person, want to help make rebuilding post-Harvey more equitable. That’s a little more complicated than sending a couple hundred bucks to an organization of your choice right now — which is, make no mistake, a valuable and much-appreciated contribution! But, especially when it comes to the rebuilding of already-marginalized communities, it requires some commitment in the form of light research over the coming months, as post-disaster needs evolve.

For the commitment-averse (me too, it’s fine) here’s disaster donating 101: Cash is more effective than material goods. If you already have organizations that you trust and are doing Harvey relief work, good — keep giving to them. If you don’t: Research organizations on Charity Navigator and give to those that have high ratings (three or four stars). The site has a list of charitable institutions involved in Harvey relief — but it notes that it’s not certain at this point what portion of your donation will go specifically to help Harvey victims. Also, maybe don’t donate to the American Red Cross.

The vast majority of donations tend to peak around four days from when a disaster first hits. A full 73 percent of disaster-directed philanthropic funds go to immediate relief. And that’s a big problem, says Regine Webster, vice president of the Center for Disaster Philanthropy.

The tangled consequences of natural disasters – lack of long-term housing solutions, loss of early childhood care, and uptick in mental health needs, domestic violence, and substance abuse – tend to hit a crescendo between six and 12 months after a disaster, Webster explains.

“Long-term recovery dollars, from a philanthropic perspective, are just desperately needed,” she says. “They complement what governmental dollars can do and support in a way that yields better recovery.”

So how to find the right destination for your commitment? Many of the entities doing necessary work toward long-term recovery are already in place. They are social services organizations that have been serving Texas communities for years and are best equipped to know how to serve them: neighborhood centers, faith-based organizations, local health clinics.

“People on the ground that know the needs of the community are able to respond to those needs [quickly],” explains Ángela-Jo Touza-Medina, executive director of the YWCA Greater Austin and chair of the Immigrant Services Network of Austin. Texas’ capital is set to receive up to 7,000 Harvey evacuees, Touza-Medina tells me, and her organization is already setting up free crisis counseling and mental healthcare for its victims.

Webster says targeting organizations to support right now is tough, because flood victims’ needs aren’t clear yet. But they will become more evident in the coming months. (Here’s a list of locally acting Texas-based organizations to start; here’s another, compiled by the Greater Houston Community Foundation; here’s a community organization organizing a long-term relief fund.)

But how to ensure that they are serving the communities most in need — i.e., ones that needed help before Harvey and could use your support even more now?

Touza-Medina recommends looking at grassroots organizations: “just because they’re going out there trying to get the work done.” However, she adds a warning: “They often don’t have infrastructure or experience in a way to do it that’s effective. It’s kind of a catch-22.”

But as an initial screen, she recommends organizations that specifically declare that they do not exclude individuals on race, class, immigration status, gender identity or expression, or sexual orientation from their services.

Now, back to that whole “commitment” thing. The most valuable donations, according to the Center for Disaster Philanthropy’s Webster, are recurring ones since they’ll continually help a organization with its work. But for how long?

“Ten years,” Webster says, before pausing: “Five years? One? Whatever you can do.”

Recovery is not an instant fix — and shouldn’t be treated that way.

Correction: An earlier version of this story included a different estimate of the number of Hurricane Harvey evacuees that the city of Austin will receive.