Here are the carbon pricing battles to watch right now 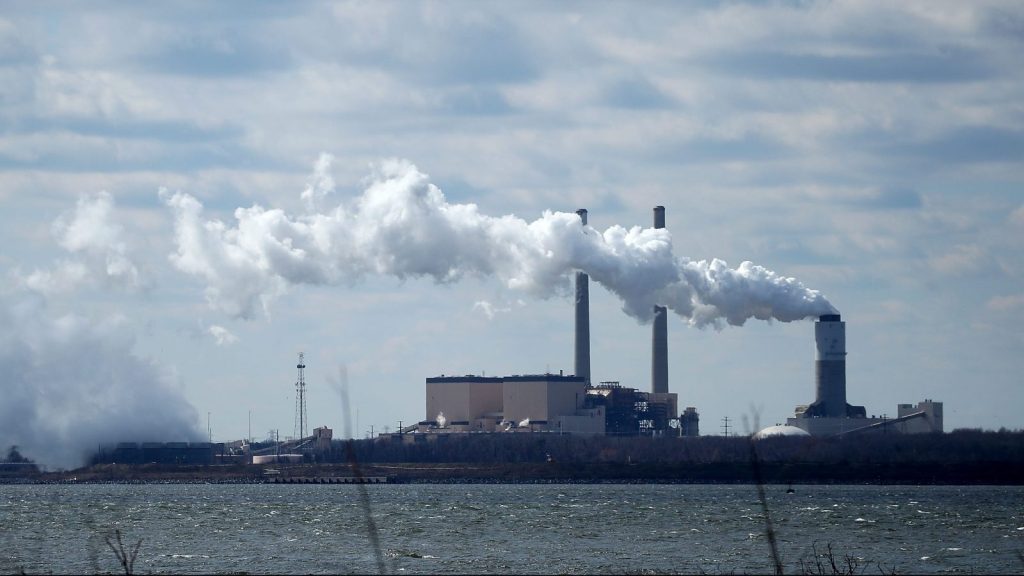 Here are the carbon pricing battles to watch right now

Massachusetts, Washington state, and the District of Columbia have a decent shot this year at passing the first law that looks anything like a carbon tax.

While 81 percent of economists say that a carbon tax or cap-and-trade policy is the most effective way to cut carbon pollution, state legislatures haven’t been so easy to convince. Carbon tax proposals keep crashing and burning, even in reliably blue states like Washington and Oregon.

The only state to put an economy-wide cap on carbon emissions is California, where a cap-and-trade program began more than a decade ago. Now, the concept of a carbon fee is gaining popularity. The strategy ensures that funds go straight to a designated purpose, rather than being collected and used by the government like a more general tax.

There’s some trepidation about passing a carbon price because there aren’t many examples out there, says Jamie DeMarco, state-level carbon pricing coordinator at the grassroots advocacy organization Citizens’ Climate Lobby. “Legislatures are hesitant to be the first one to enact a policy,” he says.

Will the second half of 2018 bring better luck for state-level climate action? Here are the three efforts to watch.

On Thursday, the Massachusetts Senate unanimously passed a bipartisan carbon pricing bill as part of a larger energy package. Now the bill is heading to the state House, where its fate is uncertain.

Its language around the carbon price is “pretty light on the details,” says DeMarco. Technically, the legislation calls for something called a “market-based compliance mechanism” (yawn). DeMarco anticipates that the state would implement a carbon fee if the legislation passes, but says that the language is vague enough to allow for a cap-and-trade system instead. The Massachusetts governor would determine most of the details of how it works, as Benjamin Storrow reports.

If the House fails to pass the carbon pricing portion of the energy bill, DeMarco says, it’s still possible that the provision could get added back in when negotiating the final version with the Senate.

Another carbon fee is brewing in the country’s capital. D.C. Councilmember Mary Cheh is expected to introduce a bill in July. Her initial proposal outlined in May calls for a $10 fee per metric ton on carbon pollution that would increase to $100 per ton by 2038.

Some environmental advocates say that Cheh’s proposal doesn’t go far enough toward meeting the city’s climate goals. A coalition called Put A Price on It D.C. put forth an alternate plan that starts at $20 per ton and increases to $150 by 2032. The group also argues for a rebate program that would return the majority of the revenue to D.C. residents.

We’ll wait and see if Cheh takes their advice. With D.C.’s overwhelmingly progressive city council, DeMarco says a carbon fee proposal would have a decent chance of passing.

After a carbon tax fizzled out in the Washington legislature in March, the state is getting another chance. If Initiative 1631 gathers 260,000 signatures, voters will be deciding on the so-called “fee on pollution” this November.

The ballot measure calls for a $15 charge on each metric ton of carbon dioxide emitted in Washington starting in 2020, with the price rising $2 each year until the state meets its climate goals. The money raised would go toward investing in clean energy, protecting natural resources, and helping communities prepare for wildfires and sea-level rise.

Washington isn’t the only state that’s trying to pass a carbon price after recent failures. DeMarco says that Maryland, Oregon, Vermont, and Utah are all places to watch in 2019. New Jersey is a likely newcomer to the carbon pricing game next year, too.

The ultimate goal for environmental advocates, though, is a national carbon price. Flannery Winchester, communications coordinator at the Citizens’ Climate Lobby, says that these state-level carbon proposals are putting pressure on Congress come up with a countrywide solution. After all, a patchwork system that charges different prices for carbon across the country could be logistically challenging for businesses.

“Whatever roadblocks come up,” she says, “the big value is that they’re all really loud signals to Congress to move on a national carbon price.”