Here are the winners and losers from the new farm bill 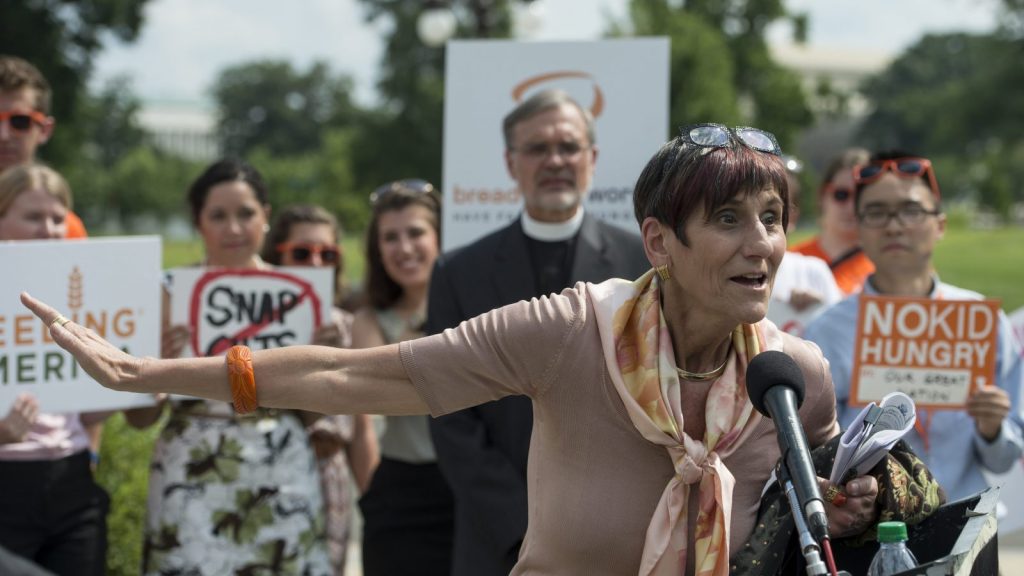 Here are the winners and losers from the new farm bill

The United States has a new farm bill — the massive bundle of food and agriculture-related legislation that must be renewed every five years. Most of the money goes to keep people from going hungry (think food stamps), another huge chunk of change subsidizes farmers, and then there’s a big grab bag of conservation, research, and environmental improvement programs.

Because it takes a lot of land to grow all our food, the farm bill has an outsized environmental impact. It sets the course for a gigantic swath of the country’s habitats and waterways, and provides assistance that can mean the difference between ruin and redemption for many families.

In the past, the farm bill has bounced around Washington for months (or even years) before finally getting approved. This time, Congress settled on a bill with unusual alacrity. The legislation passed the Senate 87-13 Tuesday and the House 369-47 on Wednesday. It now goes to Trump to be signed into law.

One way to gauge the bill’s winners and losers is the ways various organizations responded to the relatively speedy approval. Here’s a rundown of a few of the reactions:

The bill had big wins for organic aficionados, outdoorsy types, and fans of sustainable agriculture — but some greens are disappointed that we’re still spending billions to shore up the bottom line for farmers.

Wenonah Hauter, executive director of Food & Water Watch, applauded the bill for, “important progress for organic programs, including a long-overdue focus on strengthening enforcement of organic standards for imported products and funding for organic research, as well as important programs for beginning and social disadvantaged farmers.”

Hunters make vegan environmentalists cringe, but many hunting organizations are deeply invested in conservation efforts — and the rod and rifle crowd had nothing but praise for the farm bill. “We’d like to thank Congress for their steadfast support of our nation’s wetlands and waterfowl,” said Ducks Unlimited CEO Dale Hall. By adding 3 million acres to the conservation land that the government will pay farmers not to cultivate, and funding other conservation programs, the bill helps with the goal of “filling the skies with waterfowl today, tomorrow, and forever.”

Callie Eideberg, who works on sustainable agriculture for the Environmental Defense Fund, put together a quick list of her favorite parts of the new bill, including these eyecatchers, which could have a big effect on greenhouse gases and water pollution:

There were efforts to cut off subsidies to the wealthiest farmers but that language didn’t make it into the final bill, said said Scott Faber, senior vice president of government affairs at the Environmental Working Group. “[By] rejecting sensible reforms designed to ensure that farm subsidies flow to actual farmers in need — not millionaires and city slickers — this farm bill takes a major step backwards,” he said.

Ricardo Salvador, director of the food and environment program at the Union of Concerned Scientists, bemoaned the fact that this bill scales back the Conservation Stewardship Program, which “helps farmers combine science-based practices — such as complex crop rotations and rotational grazing—into whole-farm systems that increase productivity and build healthy, resilient soil.”

Farmers are mostly happy to have some certainty about insurance and subsidy rules as they struggle to manage their money during Trump’s trade war.

“To put it bluntly, the farm economy stinks,” said Lynn Chrisp, president of the National Corn Growers Association. “Getting the farm bill passed, and signed into law, is one less thing they need to worry about.”

“Farmers, ranchers and the many partner organizations who use USDA programs to fund innovative work around the country can breathe a sigh of relief,” said John Piotti, president of the American Farmland Trust, which works to stop the loss of farmland, and decline of family farmers.

It was touch-and-go, but the final farm bill includes funds for the Supplemental Nutrition Assistance Program — better known as food stamps. A previous version of the bill would have slashed the program, “which would have punished and stigmatized low-income Americans and made hunger and poverty in this country far, far worse,” said James Weill, president of the Food Research & Action Center. In protecting the program from cuts, he said, legislators preserved “the critical investment that ensures that nearly 40 million people who struggle against hunger in this country can afford to put food in their refrigerators and on their tables.”