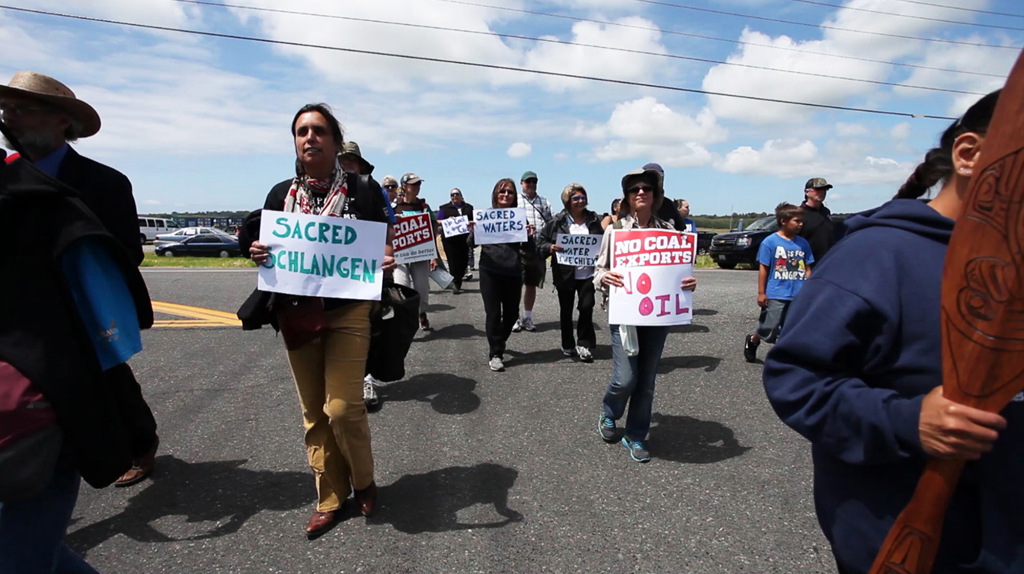 The Lummi Nation, a Native American tribe in the Pacific Northwest, has taken an uncompromising stand against the largest proposed coal export terminal in the country: the Gateway Pacific Terminal. If completed, it would export 48 million tons of coal mined from Montana and Wyoming’s Powder River Basin, and in the process threaten the Lummi’s ancestral fishing grounds and their economic survival. On Aug. 17 the Lummi people launch a totem pole journey — both a monument to protest and a traveling rally that will bring together imperiled locals, citizen groups, and other indigenous tribes for a unified front against Big Coal and Big Oil.

Grist fellow Amber Cortes visited the Lummis in the run-up to the pivotal protest to find out how they’ve been able to push back against the terminal. The result is a rich story about activism, alliances, and small victories that add up to a big resistance.