How to build a new park so its neighbors benefit 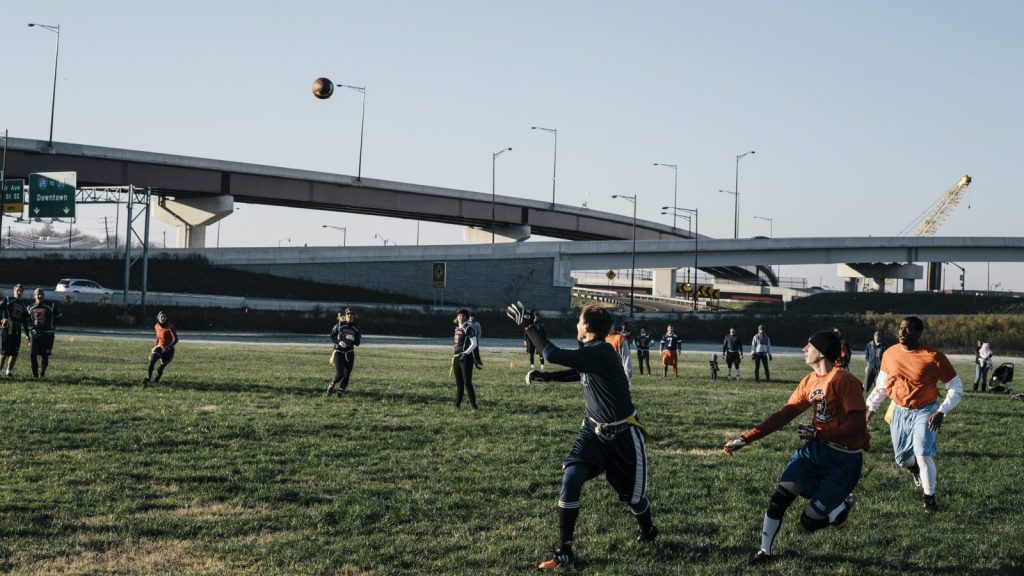 How to build a new park so its neighbors benefit

The Los Angeles River only intermittently resembles an actual river, even though that’s what the U.S. Army Corps of Engineers entombed in concrete in the 1930s. Since then, its 51-mile course has been a trickling flood channel, the scene of countless movie car chases, and a punchline about how artificial L.A. can seem.

Now the river is coming back to life. A massive restoration scheme will peel away its hard gray sheath to create a living riverbank along an 11-mile stretch, flanked by walking and biking trails, cafes and river-centric activities, and lots of green space. L.A. is very much on course to build its answer to New York City’s High Line.

But that is a loaded comparison in urban redevelopment. The transformation of a disused elevated-rail segment into one of Manhattan’s most magnetic tourist destinations — and the blueprint for “adaptive reuse” infrastructure projects around the globe — has become a lofty symbol of the ills of gentrification. Although the once-industrial neighborhood of Chelsea was already shifting to higher rents and upscale amenities when the High Line first opened, the elegant “linear park” supercharged those changes, with new upscale developments generating $1 billion in tax revenue in the area, and alienating residents of nearby public housing.

Sure enough, cities that have followed the High Line’s example are grappling with the effects of gentrification. In Los Angeles, the promise of a revitalized river has put neighborhoods such as Elysian Valley — a diverse, historically working-class community — in the real estate spotlight. The median price of a house there jumped by more than 17 percent between 2017 and 2018, more than twice the countywide rate. In Chicago, property values in the relatively affordable, Latino neighborhoods traversed by a rail-to-trail project known as “the 606” nearly doubled in three years after its groundbreaking in 2013. In Atlanta, the BeltLine has been beset by criticisms that project leaders haven’t paid adequate attention to skyrocketing property values along the 22-mile rail corridor-turned-walking loop.

All cities hunger for new property tax revenue. But all of these park projects at some point aspired to provide green space in neighborhoods that historically had little access to it. This pattern of new parks creating housing pressure might lead observers to wonder whether such investments are a good idea, if they threaten to displace the very people they were intended to serve. That tension is again captured in shade-starved L.A., where activists who tried for years to get the city to invest in the river as a public space now fear that the current revitalization effort is a “Trojan horse for gentrification,” as one writer recently put it.

The question for park-makers, and the city leaders who champion them, is whether communities can have their grass-covered cake and eat it too. A new joint report by researchers at UCLA and the University of Utah examines this question, surveying “parks-related anti-displacement strategies” (or PRADS) undertaken by 19 U.S. cities where 27 major park developments are underway, including those in the “High Line Network,” a coalition of projects trying to learn from the namesake example.

The results are a mixed bag. “The good news is that stakeholders in about half of the projects we surveyed, including many park advocates and local community organizations, are proposing and actually implementing PRADS,” write Alessandro Rigolon, a professor of city planning at the University of Utah, and Jon Christensen, a professor at the UCLA Institute of the Environment and Sustainability. “The bad news is that the other half of the projects have not taken concrete actions yet.”

Based on the report’s findings, “greening without gentrification” calls for actions that are common in broader efforts to stabilize changing neighborhoods. For example, since renters tend to be most vulnerable to the effects of rising property values, citywide rent control and anti-eviction measures like those in New York City can be helpful when a big new neighborhood amenity is coming their way, the researchers observed. For current and would-be area homeowners of modest means, foreclosure assistance, homebuyer loans, and even property-tax freezes can be a boon. And citywide ordinances allowing for accessory dwelling units, like those seen in Portland, Los Angeles, and Seattle, can ease housing pressure, as can inclusionary zoning and developer density incentives.

Other anti-gentrification efforts were more targeted toward the parks themselves, based on the report’s survey — for example, the India Basin Shoreline Park project in San Francisco requires that construction and operations jobs for the park be performed by longtime, low-income residents of color. And some cities and nonprofits are establishing community land trusts or dedicating funds to build permanent affordable housing in the vicinities around new parks.

Atlanta is one example, with the city and nonprofit developers working to set aside funding for about 10,000 affordable housing units near the BeltLine (although critics say that’s not nearly enough). And even before it has broken ground, the 11th Street Bridge Park project in the Anacostia area of Washington, D.C., is considered a standout model of how to develop a park while paying attention to housing, with a land trust, affordable housing investments, small business aid, and other gentrification-fighting features built in from the ground up.

As with Washington, D.C.’s still-unbuilt undertaking, it’s still too early to say whether most of these park projects are effective in helping lower-income residents stay in place. And many of the projects that the researchers surveyed — for example, Miami’s Underline and Austin’s Waller Creek — did not include any anti-displacement features at all.

But one thing that became clear in the survey is that there has been a big shift in understanding how green space relates to housing development. Historically, there’s been a sense that the two were separate, said Christensen, much like the age-old urban/nature dichotomy. Park developers had little training in matters of housing stability, and early academic literature that noted rising property values around parks tended to treat that phenomenon as one of many advantages of new green space. Now that’s changing. “We’re seeing the other side of that,” Christensen said. “This can be a threat to the very thing that we’re trying to achieve, which is to ensure equitable access for those kinds of benefits.”

The good news is, park developers are beginning to realize the need to evaluate all of these side-effects before they break ground. And many are taking action to help neighborhoods stay intact as they bring green space and its many attendant health benefits to them. “Parks are not just about planting trees and keeping them alive,” Rigolon said. “They become deep conversations about equity, justice, and the legacies of racist housing policy.”

With the L.A. River, it’s been more than a century since it met Angelenos’ needs for fresh water. But depending on how city leaders approach its revitalization, it could be a watershed for L.A.’s housing future.