The new Netflix series Our Planet begins, of all places, on the moon. Rest assured that the camera soon reveals a view of our tiny, stunning home planet, where it stays grounded for the next eight episodes. It’s an exercise in perspective. As the astronauts on the Apollo mission first found out 50 years ago, that distant view helps you see that our fragile planet has limits. It’s a precious object.

David Attenborough, the 92-year-old naturalist famous for his warm, authoritative half-whisper, immediately clears up any concerns that Our Planet is your typical nature show. As a polar bear and its cub amble across icy terrain, Attenborough explains that wildlife populations have plunged, on average, by 60 percent over the last 50 years. “For the first time in human history,” he says, “the stability of nature can no longer be taken for granted.” (Cue melting ice crashing into the sea.)

Our Planet takes you on a trip to every type of landscape and seascape on Earth. The icy Antarctic, the deep jungle in Borneo, the Arabian desert, the coral reefs of Australia. It has all the familiar scenes of frolicking wildebeest, feasting flamingos, and weird bird mating dances you’re used to seeing from the Planet Earth canon, but unlike its predecessors, it’s punctuated by frequent reminders that global catastrophe is unfolding. Half of the world’s shallow coral reefs have already perished, and the rest could disappear within a few decades. Each year we lose nearly 15 million hectares of tropical forest, an area larger than Illinois. And by 2040, the Arctic Ocean will be mostly ice-free.

“We are entering a new geological era, not as in the past when changes happened over millions of years, not even over thousands of years or centuries, but within decades — within my lifetime,” Attenborough writes in the coffee table book that accompanies the documentary. “These changes are as rapid and as great as when the planet was struck by an asteroid.”

The show is part of an emerging genre of wildlife documentary that tackles conservation and climate change in tandem. The new National Geographic series Hostile Planet, narrated by Bear Grylls of Man vs. Wild, portrays animals toughing out searing heat, parched landscapes, and fractured ice in the most extreme environments on Earth. Attenborough also narrated a documentary coming out this spring called Climate Change: The Facts on BBC One.

For a show about our shifting environment, it’s curious that Our Planet’s carefully constructed opening — and the entire first episode — fails to mention “climate change” by name. (The later episodes don’t shy away from the phrase.) The opening episode, which explains how far-flung habitats on Earth are all connected, was possibly the hardest one to get right, said Alastair Fothergill, the series producer, in an email.

“We felt it critical for the whole series that the balance between entertainment, education, and environmental messaging was just right,” he said. “We need millions of people worldwide to watch this series, and we need to ensure we do not alienate the audience.”

It’s a tough task, since the episodes are filled with sobering facts. Dismal statistics spell out the fate of the unsuspecting animals living their lives onscreen. As you watch fuzzy orangutans swing between trees in northern Sumatra, for example, Attenborough says you could be looking at the last ones to live in the wild. Deforestation has led to the demise of 100 orangutans a week, he says, by turning their jungle home into expanses of palm trees grown for their oil.

Those responsible for all this forest-clearing, poaching, and destruction spend most of the series offstage. The only time people show up is in the “Coastal Seas” episode, which illustrates overfishing by showing fishermen at work in their boats. Only a few images of human activity made the cut, Fothergill said. But they’re all the more powerful as a result. 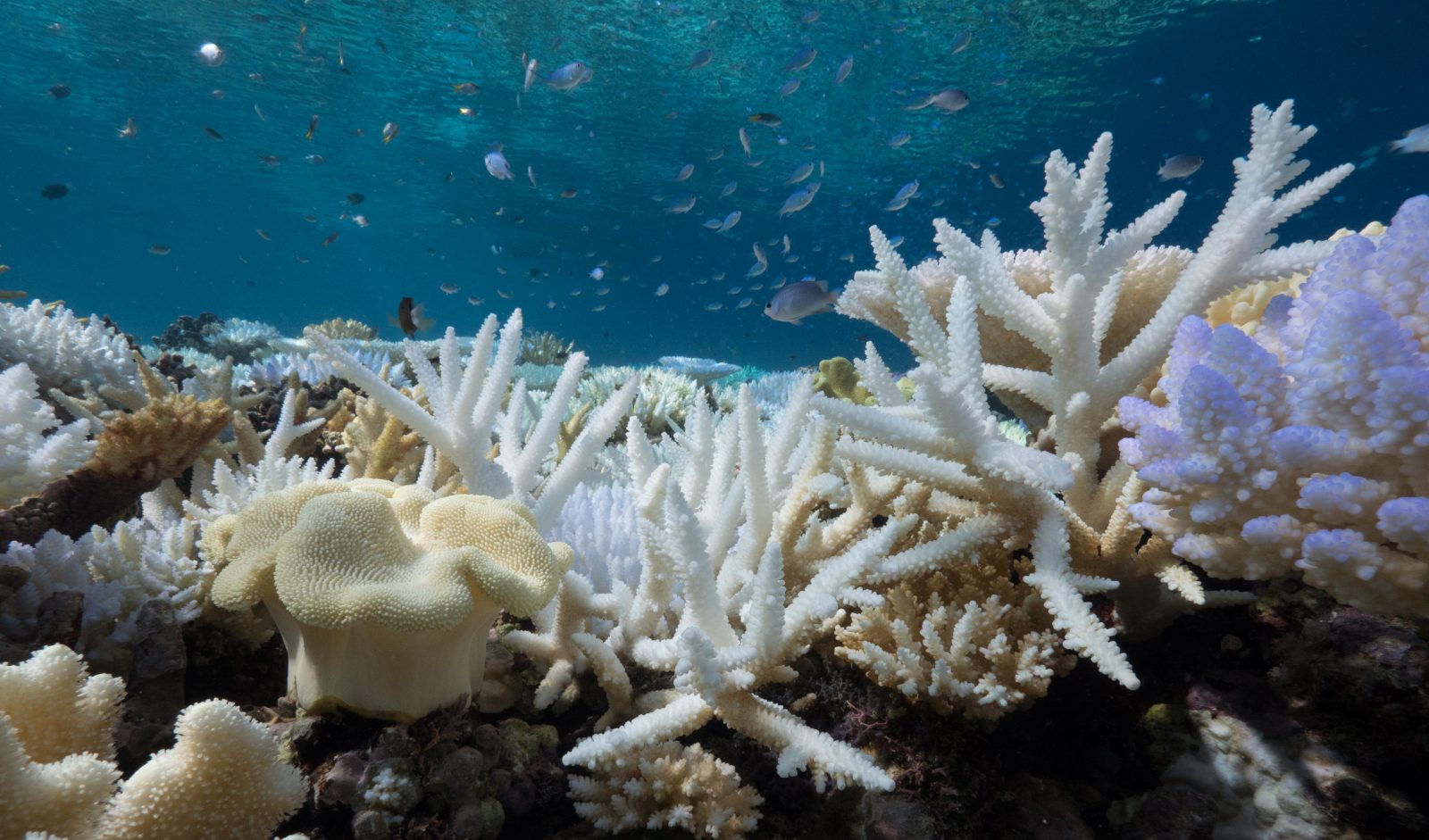 The episodes come with mini science lessons. You’ll learn how Arctic sea ice acts as a “protective white shield” for the planet, keeping the earth cool by reflecting the sun’s energy back into space, and that Earth is losing that shield, a feedback loop that accelerates warming. You’ll also learn about the science of coral bleaching and the amazing carbon-sucking powers of forests and seagrass.

And, as in any good nature series, you’ll probably find one thing that blows you away. For me, in Blue Planet II, it was the toxic lakes inside the ocean. In Our Planet, it’s that the underside of that pristine-looking Antarctic sea ice is covered in algae, forming the base of an ecosystem that Attenborough describes as “the polar equivalent of the great grasslands.”

It’s not all grim. Siberian tigers are slowly coming back from the brink of extinction; blue whales and humpback whales have made remarkable recoveries thanks to international agreements around saving them. It’s a reminder of what human cooperation is capable of accomplishing when we’re actually able to cooperate … or when we just leave things alone.

The final episode tells the story of Europe’s strangest wildlife recovery. It takes place in the radioactive exclusion zone around Chernobyl, Ukraine. Twenty years after 100,000 people evacuated, the fallout zone held animal populations similar to those in the wilder parts of Europe, Attenborough says; now, wildlife populations there are more profuse than in the surrounding nature preserves or national parks. Bison, elk, and red deer wander among the ruins of buildings as wolves and lynx patrol the forest that’s regrown in the former suburbs.

“They may be radioactive,” the Our Planet book says, “but they are having a ball.”