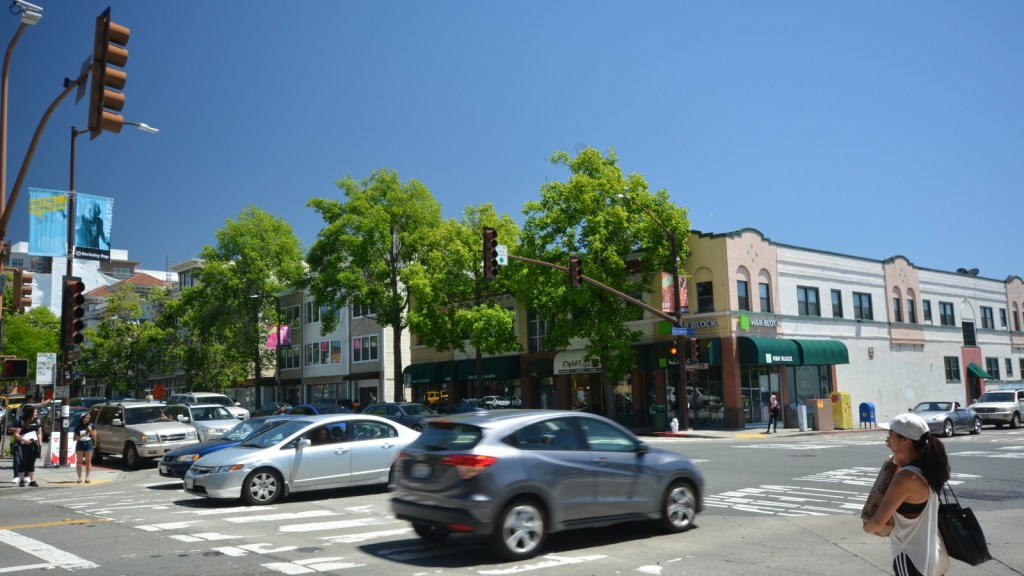 This story was originally published by Slate and is reproduced here as part of theClimate Desk collaboration.

On June 1, the U.S. Climate Mayors — a network of more than 300 city leaders, including the mayors of the country’s five largest cities — published a commitment to “adopt, honor, and uphold the commitments to the goals enshrined in the Paris Agreement.” The cities would carry out the promises Donald Trump had abandoned.

I have bad news for this feel-good caucus. Want to fight climate change? You have to fight cars. In the nation’s largest cities, cars account for about a third of greenhouse gas emissions. Nationally, transportation is now the single largest contributor to carbon emissions.

And it gets worse, at least from a political perspective. Mayors can fund transit, build bus and bike lanes, end free parking, and reform building codes that require it. (Though they mostly don’t.) But ultimately, the only way to combat American automobile dependency is to reform the way we build, and in particular, to help avoid low-density settlement patterns that make it impractical or impossible for Americans to get anywhere without a personal car.

Berkeley, California, is a great case study. More than 90 percent of voters there picked Hillary Clinton in November, and Jill Stein outperformed Donald Trump. If there’s an American polity with more evident devotion to fighting climate change, I don’t know where. The town is home to the University of California and the Lawrence Berkeley National Laboratory. Mayor Jesse Arreguin has promised to introduce a bill to bind the city to the commitments of the Paris Agreement.

But even in Berkeley, liberals have a blind spot when it comes to housing policy and the transportation choices it requires. As a councilman in 2014, Arreguin pushed a ballot measure putting super-strict conditions on new development. It failed, but his elevation to mayor in November was seen as a reproach of his opponent Laurie Capitelli’s pro-development record. “It was a very clear choice between me and my opponent, who has literally rubber-stamped every [real estate] project that came before this council,” Arreguin told the San Francisco Chronicle last fall.

At Tuesday night’s City Council meeting, which touched on a number of housing issues, this dissonance was on display in a resident’s complaint about a proposed new building that would cast shadows on her zucchini plants. The project was returned to the city’s Zoning Adjustments Board. The zukes live another day.

“Delaying or denying housing approvals suggests to Berkeley neighbors that their stalling tactics will work, and invites more of them in the future,” web developer Kevin Burke wrote in a letter to the council after the meeting, expressing his disappointment with the decision. “I would also much rather have a zucchini garden crisis than a housing crisis.”

More fundamental proposals are also under consideration. A group of housing experts led by Council Member Lori Droste sounded the alarm in an op-ed about the effect certain resolutions might have on the growth of the housing stock. One bill requests city planners consider downzoning Berkeley, shrinking the city’s potential residential capacity. “Downzoning would be a disastrous step backwards for Berkeley, and will undoubtedly worsen affordability and lead to even more displacement and exclusion,” they wrote. A second proposal would raise the fees on new housing units that pay into the city’s affordable housing fund, without studying the impacts. “If the levels are set too high (and they are likely to be among the highest in the Bay Area), we will drive new housing to other cities and will not likely see any affordable housing — or any housing — in Berkeley for a long time.”

Before the meeting, Arreguin announced he had revised the downzoning proposal:

I have revised item 59 to remove any reference to "downzoning." This item has been greatly misunderstood. We need more housing not less!

It wasn’t discussed at the meeting. The initiative to increase fees on new development to fund affordable housing was discussed and pushed back to a later date.

That overturning housing restrictions is part of the fight for economic and racial justice is well-established. But in a moment of all-in activism and outrage over climate change, it’s worth reflecting on the degree to which the prohibition of infill housing is an environmentally reactionary policy.

The fewer people live in Berkeley and other job-rich, close-in Bay Area cities and suburbs, the more people have to drive. More than half of Berkeley’s greenhouse gas emissions come from cars and trucks.

The city’s 2009 Climate Action Plan got it. Reducing vehicle miles traveled is “imperative,” it says. “The most effective strategy for reducing VMT in the long-term is to site new housing near transit.” It notes that between 1999 and 2006, the city failed to meet the target housing production set by the Regional Housing Needs Allocation, or RHNA. Between 2007 and 2014, the city built about half what the RHNA called for. Yes, that period coincided with a major recession. But Berkeley still lags behind the eight-county Bay Area’s RHNA goal rate of 57 percent.

That plan also passed the buck: “While Berkeley should continue to build more housing, greater emphasis should also be placed on other transit-rich communities that have not met their RHNA goals for accommodating the region’s growth.”

It’s not wrong. In some ways, it is unfair to single out Berkeley. There are many, many worse actors in the Bay, especially the job-rich, house-poor suburbs of Silicon Valley. Nearly every single city that considers itself a beacon of environmental progressivism has parking minimums, among a host of other policies that perpetuate the status quo.

Corporate actors are hapless: Apple, which is pledging to spend a billion dollars fighting climate change, just built a headquarters with 11,000 parking spaces that condemns its workforce to decades of car commutes.

Environmental activists and nonprofits oppose new projects on the grounds that they will worsen congestion, occupy vacant land, or threaten local biodiversity. But by pushing demand out of urban areas, those activists promote sprawl and long commutes that worsen regional air pollution.

Politicians transparently undermine the causes they claim to advocate. New York City Mayor Bill de Blasio has extolled sacrifice in the interest of saving the Earth but insists on a two- or three-car SUV cavalcade to drive him halfway across the city to the gym every morning. (In a city where more than half of all commuters use mass transit.)

The Bay Area housing crisis — like, well, climate change itself — is a collective action problem. The region would be far better off if every city agreed to build. But in the interim, more construction means taking a greater share of the population, and the growing pains that come with it.

No doubt Berkeley’s zucchini plants are the least of our problems. But the city’s sterling, proud progressive reputation makes it a fair target for scrutiny. It’s supposed to be a paradigm, and better than the rest. It’s a place environmentalists count on to take the moral high ground — and shame its peers accordingly. Infill housing production is the municipal equivalent of driving a hybrid: If you’re serious about fighting climate change, it’s no longer up for debate.