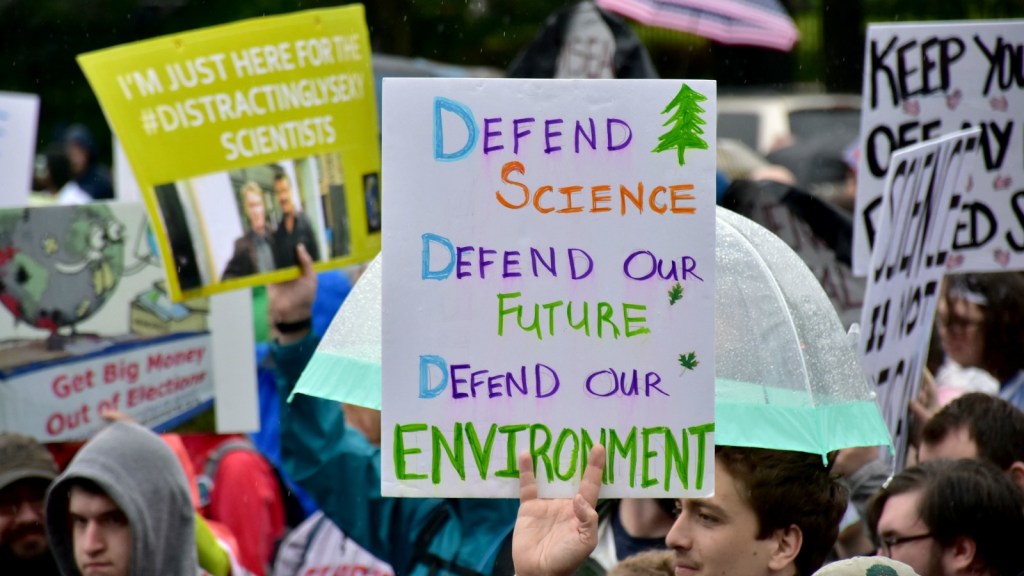 Most analyses of President Donald Trump’s first 100 days in office have focused on what he hasn’t accomplished. But when it comes to the environment, he’s been active indeed. He has signed at least eight anti-environmental executive actions. His Environmental Protection Agency has ordered delays and reviews of anti-pollution rules. And he has appointed a Supreme Court justice with an anti-environmental bent.

These actions aren’t just symbolic. With a few strokes of his pen, Trump has made decisions that could have environmentalists in court for the entirety of his presidency — and which may impact the environment for decades to come. Here are a few ways that Trump, in just 100 days, has already cemented a long-term environmental legacy.

In his first week in office, Trump signed executive actions to revive the controversial Keystone XL and Dakota Access oil pipelines, both of which had been in limbo. President Barack Obama had rejected construction of Keystone XL, saying the pipeline would transport relatively dirty Canadian tar sands oil that would undermine U.S. leadership in global climate talks.

Trump’s orders changed that. “His decision led to the nearly immediate completion of Dakota Access,” said Vermont Law School Professor Patrick Parenteau. (Oil is now flowing through the pipeline.) With Keystone, it’s a bit more complicated. Environmental groups have filed a legal challenge to Trump’s decision, and are hopeful they can further delay the project. But Parenteau says it’s very unlikely that their challenge will succeed. “Keystone is a done deal,” he said.

“Those are major, huge infrastructure investments that mean these oil and gas resources are going to be burned,” Parenteau said. “These pipelines are going to add emissions for probably 40 years.”

Trump himself has cited Neil Gorsuch’s confirmation as his biggest accomplishment thus far. Pat Gallagher, the director of the Sierra Club’s environmental law program, agrees. When I asked him to name a Trump decision with the longest-lasting impact on the environment, he said, “Neil Gorsuch. Duh.”

“You’re talking about a 30-, 40-year legacy of decisions like this,” Gallagher said. “That dwarfs the impact of any executive order.”

He opened the door to more coal mining

Trump signed an executive order lifting Obama’s temporary ban on new coal leasing on public lands. While other orders merely begin the process of rolling back environmental regulations, this one was immediate: Interior Department Secretary Ryan Zinke lifted the Obama-era ban as soon as Trump signed the order.

Right now, federal land accounts for 40 percent of U.S. coal production, according to The Hill. That translates into 13 percent of America’s energy-related carbon emissions. With Trump’s decision, 600 million tons of coal buried under federal lands are now open for mining.

That’s not to say the coal industry is rushing to do so. “Practically, lifting the ban is not going to unleash a whole flood of coal burning, because the market’s already saturated,” Gallagher said. Indeed, the market has been saturated of late — that’s why so many coal companies are going bankrupt. But as Trump continues to deregulate coal power plants, it’s possible that demand could rise, at least temporarily.

A lot of Trump’s orders have to do with killing regulations. But they don’t do so immediately; rather, they kickstart a long, fraught process of undoing, or rewriting, those regulations. That doesn’t mean, however, that those actions don’t have immediate impacts on the environment, said Melina Pierce, the Sierra Club’s legislative director.

Take Trump’s decision to reexamine Obama’s fuel efficiency standards for cars. While those standards won’t be reconsidered for some time, Pierce says the mere fact that they’re likely to be weakened will impact how automakers make their cars right now. Cars are one of the largest contributors to air pollution and carbon dioxide in the U.S.

“Trump’s actions to review miles-per-gallon standards and tailpipe standards to cars; that sends a market signal to automakers about what their fleet should look like,” Pierce said. “With the uncertainty of that review, I think it would have a chilling effect on automakers’ decisions about how efficient to make their cars.”

Some of the lasting impacts of Trump’s environmental agenda are cultural; they have less to do with actions he’s taken than the tone he has set. Blan Holman, a managing attorney for the Southern Environmental Law Center, said that by proposing to cut the EPA by 31 percent — including the Office of Enforcement and Compliance Assurance — Trump sends a signal to polluters that federal regulators might go easy on them.

“A lot of people have pulled back on purchasing equipment or undergoing cleanups because they think that the standards are going to be weakened,” Holman said. “There is an overall change in political weather just by virtue of that big momentum … People are starting to think, well perhaps the people who are running the place aren’t going to be giving out gold stars for protecting the most wetlands.”

He started regulatory fights that will last for years

In just 100 days, Trump has waged environmental battles that will have lawyers in court for years. He pledged to review pollution regulations for cars and light trucks; promised to undo the greenhouse gas–cutting Clean Power Plan; and vowed to kill the Obama administration’s Waters of the United State (WOTUS) rule, which expands the definition of protected waters under the Clean Water Act.

Environmentalists have threatened to take Trump to court over all of these actions, and have set the stage for what E&E News called “prolonged, fierce battles in environmental law.” Parenteau thinks the longest case will be over the WOTUS rule, because there are multiple layers of challenges. Trump will face legal action not only to repealing Obama’s rule, but to whatever he replaces it with. Both will likely reach the Supreme Court. “I’ve never seen anything quite like this, nor have lawyers who have been working on these types of cases for a while,” Parenteau said.