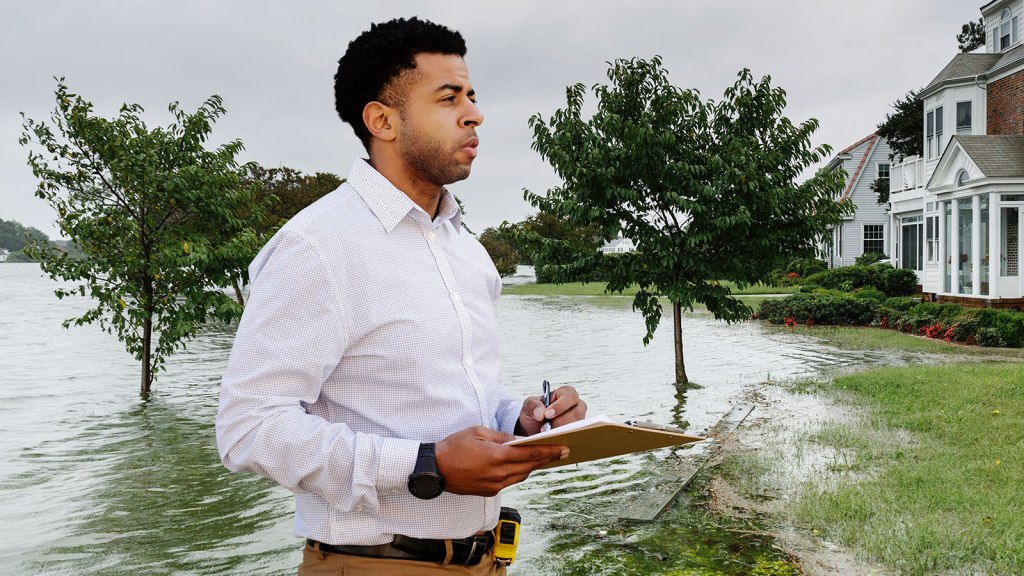 It’s no secret that climate change comes at a cost — so much so that even the insurance industry has flagged it as a priority. According to a new industry survey, actuaries (the people who calculate insurance risks and premiums based on available data) ranked climate change as the top risk for 2019, beating out concerns over cyber damages, financial instability, and terrorism.

When actuaries correctly measure and manage climate risks, they can help nudge societies away from poor planning — such as overbuilding in high-risk coastal flood zones — and towards better choices — like building more resilient infrastructure designed to withstand anticipated sea level rise, according to Robert Erhardt, associate professor of statistics at Wake Forest University.

“The survey shows actuaries are engaged and tackling this risk frontier,” Steve Kolk, actuary and climate data scientist, told Grist. “It thrills me to see actuaries join the effort and help us all build a sustainable planet more quickly.”

The survey, published by the Joint Risk Management Section and two other organizations that represent professional actuaries, found that out of 267 actuaries surveyed, 22 percent identified climate change as their top emerging risk. It was also the top-ranked choice for combination risk and tied with cyber/interconnectedness of infrastructure for top current risk. It’s a dramatic shift from previous years, when climate change lagged well behind other dangers to people and property. In last year’s survey, only 7 percent of respondents rated climate change as the top emerging risk.

The survey results align with several current and future projections of climate change’s impact on the global economy. According to one estimate, natural disasters caused about $340 billion in damage across the world in 2017, with insurers paying out a record $138 billion. The insurance industry plays a huge role in the U.S. economy at $5 trillion (Insurance spending in 2017 made up about 11 percent of America’s GDP). Climate change can make a sizable dent on economic growth by disrupting supply chains and demand for products, and creating harsh working conditions, among other issues.

“Actuaries, on the whole, are recognizing not only the magnitude of rising climate-related risks but, more importantly, that they can play a positive role in helping society actively manage those risks,” said Erhardt.

While the report could signal a potential change in risk awareness, it may also have come down to timing: The Intergovernmental Panel on Climate Change report was released in October 2018, a few weeks before the survey.

“The effects of climate change became a common front-page story in the past year — and risk managers are taking notice,” Max Rudolph, a fellow with the Society of Actuaries who prepared the report, told E&E News.