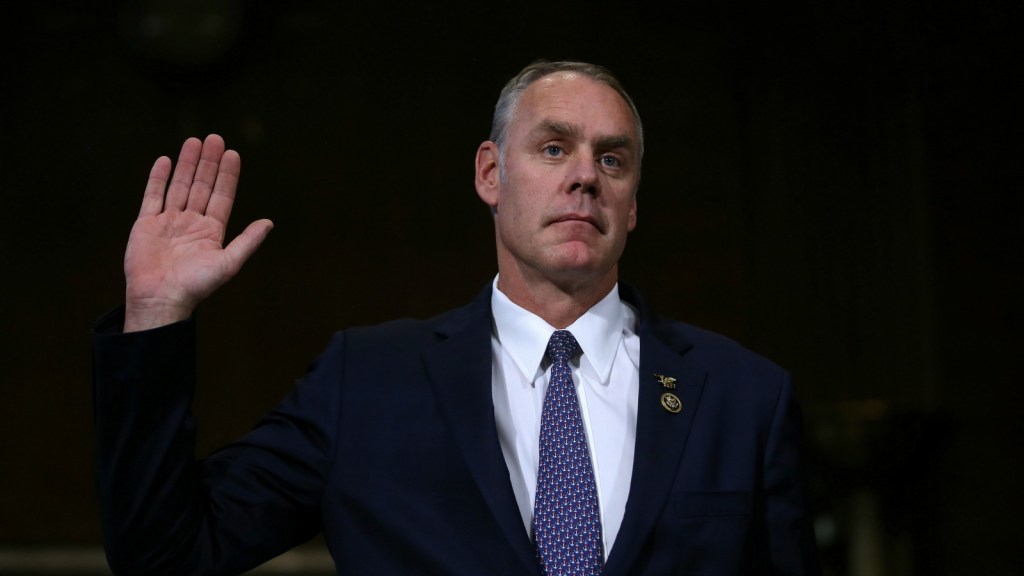 It’s been awhile since “I’m not a scientist” was the go-to line for Republican politicians confronted with uncomfortable questions about climate change. But the infamous talking point made a big comeback at Tuesday’s confirmation hearing for Rep. Ryan Zinke (R-Mont.), Donald Trump’s nominee to head the Interior Department.

During the hearing, Sen. Bernie Sanders (I-Vt.) asked Zinke whether he agrees with the president-elect’s view that climate change is a “hoax.”

Zinke responded that he does believe the “climate is changing” and cited his own experience of watching glaciers in Montana’s Glacier National Park recede. Zinke added that “man has had an influence — I think that is undisputable as well.”

Zinke said climate change isn’t a hoax, but from there, his answer got muddier. He reverted to the classic not-a-scientist logic we’ve heard from his colleagues before.

“I’m not a climate scientist expert, but I can tell you I will become a lot more familiar with it,” he said. “And it will be based on objective science.”

Zinke insisted that “there’s a debate” on what exactly man’s influence on the climate is, as well as on “what we can do about it.” As head of Interior, he noted he could turn to experts at the United States Geological Survey. “We have great scientists there,” he said, adding, “There’s a lot of debate on both sides of the aisle.”

The issue came up again later in the hearing when Zinke said, “I’m not an expert in this field” regarding climate change’s threat to national security.

The GOP regularly cycles through reasons for ignoring the scientific consensus that humans are largely responsible for climate change. The “I’m not a scientist” line is one of the most famous of these excuses. Marco Rubio, Rick Scott, Jeb Bush have all used it.

The phrase became so well known that President Barack Obama had his own rejoinder: “I’ve heard some folks try to dodge the evidence by saying they’re not scientists — that we don’t have enough information to act. Well, I’m not a scientist, either. But you know what? I know a lot of really good scientists at NASA, and NOAA, and at our major universities.”