Koch brother resigns from museum board after calls from scientists 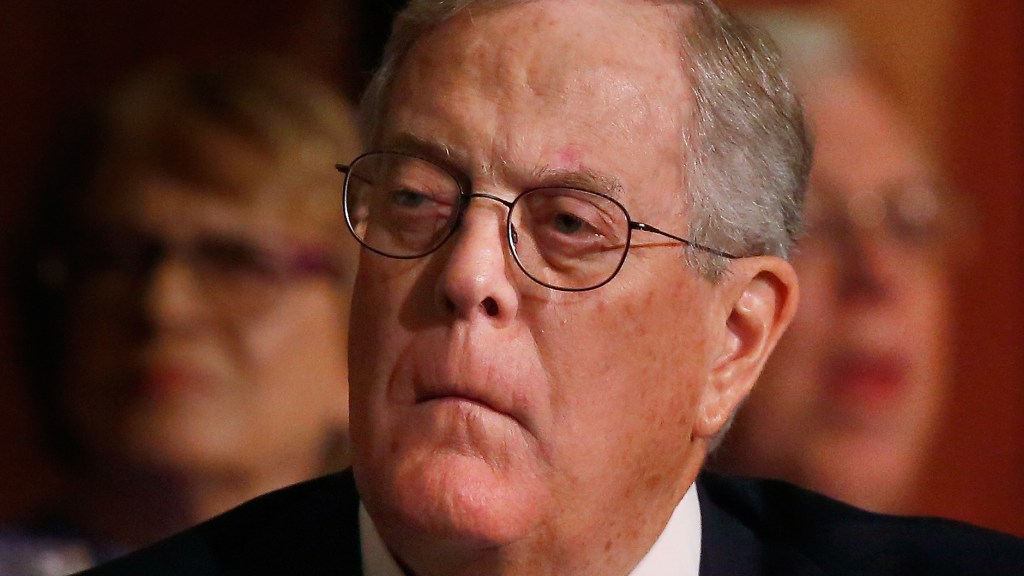 Koch brother resigns from museum board after calls from scientists

For 23 years, David Koch, the billionaire industrialist who made a fortune off fossil fuels, ranching, fertilizers, and other environmental nightmares, has served on the board at the American Museum of Natural History. Koch’s position on the board is controversial, not least because of his position on climate change: The Koch family has spent millions funding climate change denier groups and disinformation campaigns, and scientists around the country have called for Koch to be removed from the museum board. Well, they finally got what they wanted — the American Museum of Natural History announced Koch’s resignation this week.

A museum spokeswoman said Koch’s departure is unrelated to the calls for his dismissal, but, as The New York Times reports, a letter sent to museums of science and history last year and signed by dozens of scientists stated:

David Koch is a major donor, exhibit sponsor and trustee on the Board of Directors at the Smithsonian’s National Museum of Natural History, and the American Museum of Natural History. David Koch’s oil and manufacturing conglomerate Koch Industries is one of the greatest contributors to greenhouse gas emissions in the United States. Mr. Koch also funds a large network of climate-change-denying organizations, spending over $67 million since 1997 to fund groups denying climate change science.

When some of the biggest contributors to climate change and funders of misinformation on climate science sponsor exhibitions in museums of science and natural history, they undermine public confidence in the validity of the institutions responsible for transmitting scientific knowledge. This corporate philanthropy comes at too high a cost.

Drawing on both our scientific expertise and personal care for our planet and people, we believe that the only ethical way forward for our museums is to cut all ties with the fossil fuel industry and funders of climate science obfuscation.

The letter was signed by prominent climate scientists James Hansen and Michael Mann, among others. The Natural History Museum, the organization that sponsored the letter, noted that Koch’s reaction was swift: Within 24 hours, “a lawyer with apparent ties to the Koch brothers filed OPRA requests (similar to FOIA) at public universities where several scientists who signed the letter are employed,” wrote the Natural History Museum’s Beka Economopoulos in a press release. “The requests called on the universities to turn over all emails in the scientists’ accounts with ‘Koch’ in the subject or body.”

The American Museum of Natural History isn’t the only museum with ties to the Kochs: David Koch also sits on the advisory board of the Smithsonian National Museum of Natural History — and he apparently holds a lot of sway. ThinkProgress reported last year about a Smithsonian exhibit that “thoroughly whitewashes the dangers of modern-day climate change.” The exhibit was made possible by a $15 million grant from none other than David Koch.