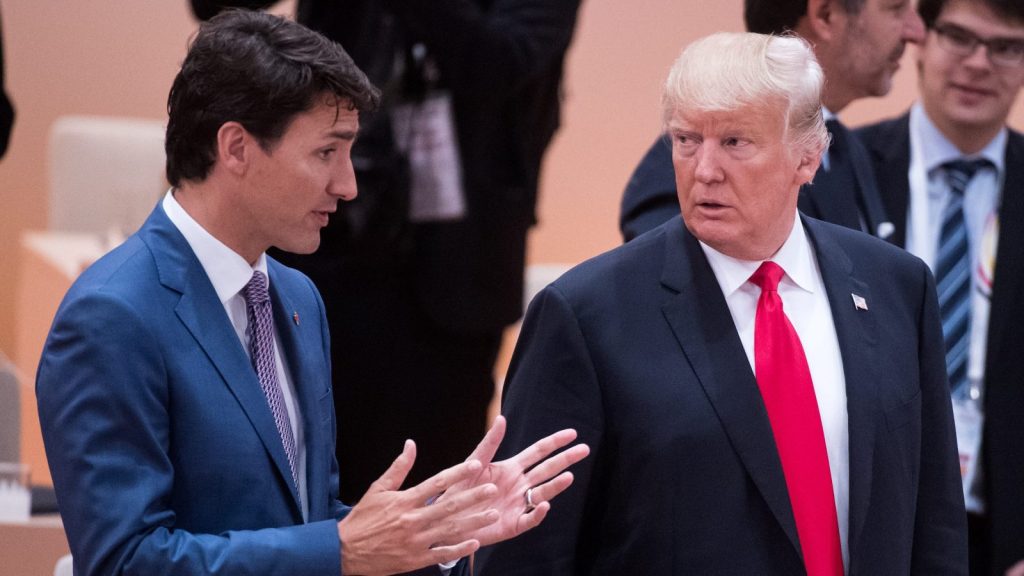 But on Monday, environmental groups panned the accord to replace the North American Free Trade Agreement, arguing it includes “corporate giveaways” for fossil fuel giants, excludes binding agreements on lead pollution, and contains no mention of human-caused global warming.

Neither “climate” nor “warming” are among the words in the 31 pages of the new deal’s environment chapter.

NAFTA was long criticized for encouraging companies to shift polluting operations to Mexico, the poorest country with the laxest environmental rules in the trilateral trade agreement. Particular complaints focused on the investor-state dispute settlement process, a system in which companies have been historically afforded broad corporate rights that override local environmental regulations.

The new deal limits those rights, with one major exception: U.S. oil and gas companies. Under the rules, firms that have, or may at some point obtain, government contracts to drill or build infrastructure like pipelines and refineries in Mexico ― such as ExxonMobil Corp. ― can challenge new environmental safeguards Mexican President-elect Andrés Manuel López Obrador has vowed to erect.

“It’s like saying, ‘From here on, we’re going to protect the henhouse by keeping all animals away, except for foxes, they’re cool,’” Ben Beachy, director of the Sierra Club’s living economy program, said in a phone interview.

That’s not the only giveaway for the oil and gas industry. The updated deal, which requires congressional approval, preserves a provision that requires the U.S. government to automatically approve all gas exports to Mexico, despite another rule mandating regulators consider the public interest.

“We urge Congress to approve” the revised deal, said Mike Sommers, chief of the American Petroleum Institute, the oil and gas industry’s biggest lobby. “Retaining a trade agreement for North America will help ensure the U.S. energy revolution continues into the future.”

The deal, rebranded the United States Mexico Canada Agreement, tosses aside a standard set of seven multilateral environmental agreements that undergirded the last four U.S. trade deals. USCMA includes enforcement language taken from just one of the environmental accords, weakens the language from another two, and makes zero mention of the other four.

“Trump’s trade agreement with Mexico and Canada is a corporate giveaway intended to sharply limit the powers of government to protect people and the planet,” said Doug Norlen, director of economic policy at the nonpartisan Friends of the Earth. “This agreement is an attack on our ability to hold Big Oil and Gas accountable for the damage they cause to our communities.”

The rules essentially give corporations an extra opportunity to challenge proposed regulations before they’re finalized, and ask for existing regulations to be repealed.

“We expect that, after Trump is out of office, we’re going to have to work hard to re-regulate,” he said. “Even after Trump leaves office, Trump’s NAFTA (revision) could extend his polluting legacy for years.”