Obama's coal reforms put the heat on Hillary and Bernie 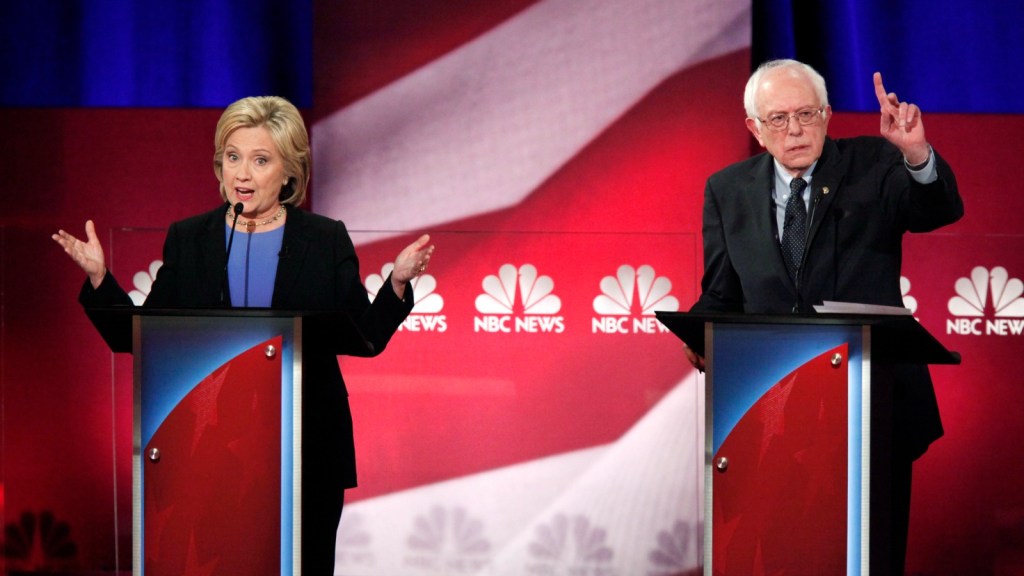 Obama’s coal reforms put the heat on Hillary and Bernie

President Barack Obama decidedly raised the stakes in the “war on coal” on Friday. And since he’s almost out the door of the Oval Office, it won’t be him who faces the fallout from inevitable Republican attacks, but the Democratic nominee for president.

The Department of the Interior announced a moratorium on future coal leases on federal lands to buy time to overhaul how the government calculates fees and environmental risk. The announcement comes within days of Obama’s hints in his State of the Union that he wants to reform the department’s much-maligned management of public lands. These lands account for 40 percent of the country’s coal production, and are cheap for companies to lease.

It’s important to note that there is virtually no immediate impact from this decision. Ongoing leases and leases being processed will still be allowed through. Only future sales are affected, and the administration insists it won’t “have any impact on coal production whatsoever.” Meanwhile, domestic demand for coal has shrunk considerably in the fall of natural gas prices, and companies have enough coal stockpiled to last for roughly 20 years.

Still, even if voters don’t feel economic pain from the decision, they will see a lot of political spin telling them they will.

“The ramifications for the country will be immediate and severe: lost growth, lost jobs, and lost revenue that would have gone to schools, bridges, and roads,” House Speaker Paul Ryan said in a statement. “The president’s policies have already ravaged coal country, destroying jobs and people’s way of life, and this will increase that suffering.” Patrick Morrisey, West Virgnia’s attorney general, said the “moratorium represents yet another assault by President Obama to destroy coal mining nationwide,” pledging to look into a legal challenge. “Another day, another front on the war on coal from this administration,” said Karen Harbert, president and CEO of the U.S. Chamber of Commerce Institute for 21st Century Energy.

In a call with reporters, administration officials pointed out that Obama’s move is not unprecedented. The last two presidents to pause coal leases for a review were Ronald Reagan and Richard Nixon. These reviews, though, never took into account the full environmental impact of these sales, which is why environmentalists have cheered. “This moratorium will send coal to the mortuary,” said Jason Kowalski, the policy director of 350.org.

Indeed, if a future administration reforms the program so as to leave most of the coal in the ground, it would affect billions of tons of coal.

Bernie Sanders, Hillary Clinton’s main challenger, has proposed legislation that goes even further than what Obama has done. He wants to stop all future fossil fuel development on public lands, including oil and natural gas.

“I applaud the president for taking bold action to slow the worst effects of climate change,” Sanders said in a statement Friday. The best way to protect the planet, he said, “is by keeping fossil fuels in the ground, which is why I cosponsored legislation last year with Sen. Jeff Merkley (D-Ore.) to stop all new fossil fuel leases on public lands.”

On most climate policies, the Democratic field is in agreement. But on this issue, Clinton has preferred to stay largely on the edges of the debate. She’s approached it far more cautiously than either Sanders or Martin O’Malley.

In comments on the primary trail last year she was hesitant to call for a halt to fossil fuel production “until we’ve got the alternatives in place,” she told an activist. “That may not be a satisfactory answer to you, but I think I have to take the responsible answer.”

In response to Obama’s announcement, Clinton spokesperson Ian Sams emailed, “Hillary Clinton supports President Obama’s efforts to ensure our energy priorities align with our imperative to combat climate change, including today’s announced review which she would see through to conclusion as president.” The statement added that Clinton “has put forward a coal communities plan to ensure that workers and their families get the benefits they’ve earned.”

Still, it remains vague how she will balance environmental concerns and economic ones in a reform of the federal coal royalty program — the fees that coal companies pay the government, which activists say are too low to account for environmental and health damage. It’s an issue Clinton has said she would look at as president, but every time it comes up, it reminds environmental activists of their reservations about Clinton, who they worry will mimic Obama’s meek first-term strategy on fossil fuels.

Unlike Sanders, she has largely prioritized practicality in her energy commitments. “We still have to run the economy, we still have to turn on the lights, we still have to make sure businesses operate,”  Clinton said. Her most extensive plan on coal so far, alluded to in her statement, was squarely focused on helping coal miners train and adapt to a new economy, and much less on how to approach existing and future production.

Republicans pretend a new president can change market forces that are hurting coal miners simply by opening up new lands for development. In this respect, Obama’s move could give them some political fodder to continue their narrative that Democrats are anti-low-cost energy. Sanders would have a very different reply to them — one based on the moral need to protect the planet — than Clinton, who would emphasize that taxpayers deserve a fairer deal for their coal.

The one thing Sanders and Clinton share is a roadmap for how to defend themselves from these attacks. And that’s by emphasizing that Democrats support an economic stimulus for miners in Appalachia, while GOP presidential candidates and congressional leaders generally do not. This theoretically gives Democrats a more sympathetic response to coal workers’ struggles than simply saying that coal is a problem — though whether coal supporters buy that argument is another matter, following their hard turn right in the Obama era.