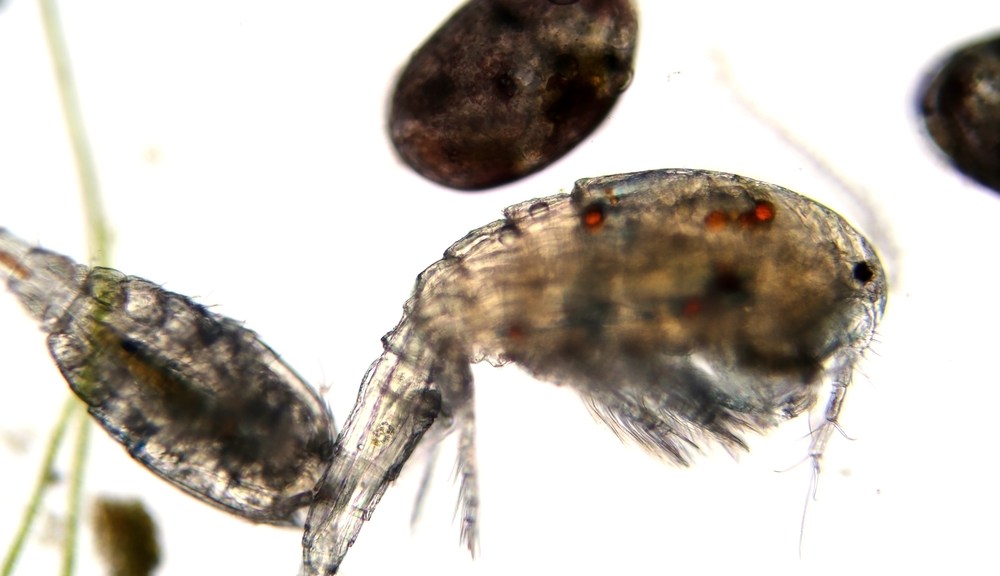 Few things in this world are more terrifying than free-floating poop. It ranks just below megalodons, Carnival cruises, and tequila shots as the biggest threat to swimmers worldwide. The mere sight of a floater is enough to ruin a perfectly good day at the beach.

But a new study published in the journal Environmental Science and Technology suggests that it might actually be the dookie we can’t see that should worry us the most. According to the study, microscopic poop pellets that come from plankton can be chock full of plastic pollution. And when those pellets sink to the ocean depths, they bring that plastic with them, delivering it straight to the mouths of fish, crustaceans, and other organisms.

Indeed, the researchers found that fecal pellets containing plastic tended to have lower densities and thus sank slower than non-polluted poop, providing more time for passing feeders to scoop them up. The plastic also appeared to hurt the poop’s structural integrity, causing it to break apart more on the way down. Normally, this poop-as-transporter paradigm is a good thing. Like little fecal dumbwaiters, plankton poo has long been known to sink carbon and deliver nutrients and other bits of organic matter to organisms living at the bottom of the ocean. But when it comes to plastic, which has no business being in the ocean in the first place, such efficient dispersal is a problem.

As the researchers point out, plastic is disturbingly present in the marine food web. Plastic has a way of making its way back to human’s food supply, too. One study published last year in Scientific Reports found microplastics in the intestines of 25 percent of fish and 33 percent of shellfish sampled in California markets and 28 percent of fish sampled in Indonesia markets, and according to a 2014 study in Environmental Pollution, European consumers of shellfish could be ingesting up to 11,000 bits of microplastics each year.

And things only seem to be getting worse. A recent report from the World Economic Forum estimated that there could be more plastic in the ocean than fish (by weight) by 2050. We’ve already got a serious problem on our hands, and these slow-moving, structurally unsound fecal dumbwaiters aren’t helping.

That said, there’s still a lot that we don’t know about poop’s role in plastic dispersal. This study is based on laboratory observations of plankton, and things tend to play out differently in the real world. That’s why the researchers conclude that an “analysis of field collected fecal pellets and marine snows are now urgently required,” which can only mean one thing: Someone call Bill Murray: