Pruitt pretty much just confirmed he's out to dismantle the EPA 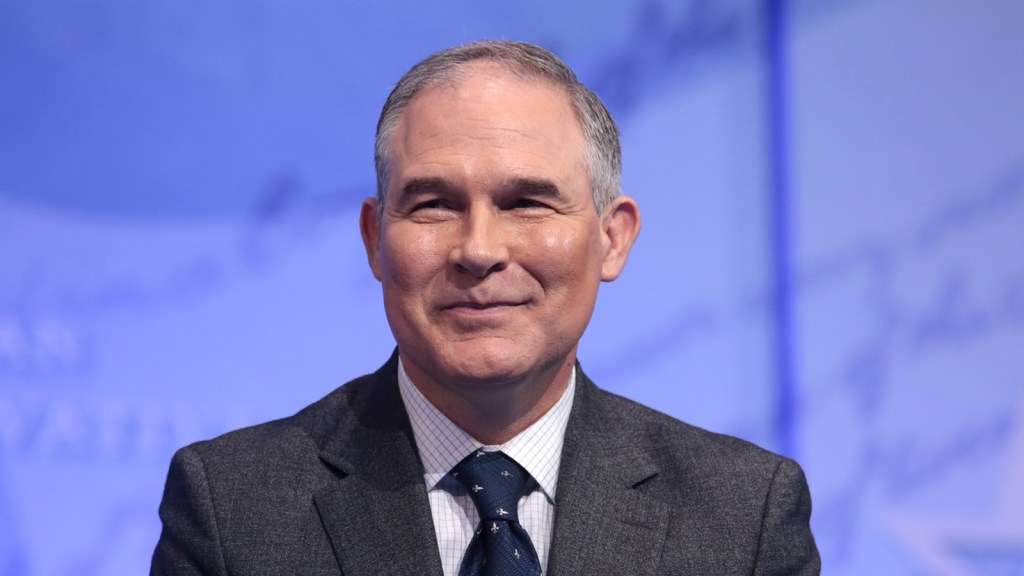 Even though Donald Trump promised on the campaign trail to “get rid of” the Environmental Protection Agency “in almost every form,” it’s rare for his EPA administrator to go around and admit that’s just what they’re doing.

Usually, EPA chief Scott Pruitt sticks to a familiar set of talking points during his interviews, insisting he is refocusing the agency’s core mission defined by Congress to protect air and water. Yet he confirmed environmentalists’ worst suspicions on a conservative Birmingham-based radio program on July 6, when he responded to praise from cohost Andrea Lindenburg. “I like what Donald Trump has done here as president,” she said. “He took a guy who wanted to get rid of the EPA — dismantle it — and put him in charge of it.”

Pruitt replied with a chuckle: “Ha. That’s right.” The former Oklahoma Attorney General launched 14 lawsuits against the Obama administration’s EPA before his appointment.

Pruitt went on to explain that the administration’s primary interest is in oil and gas production: “What the president has talked about is energy dominance, that we as a nation shouldn’t be about energy independence, we should be about energy dominance.” He went on to explain that this meant generating “electricity at the cheapest rates here domestically,” exploring and exploiting our “natural resources,” but also exporting those resources “and become dominant in an energy space.”

At another point in the interview, cohost Matt Murphy asked about the agency itself, and what Pruitt expects in terms of shrinking it.

Pruitt responded that the EPA has taken “over 22 significant regulatory actions” in his first four months, referring to the EPA’s dozens of delays and reversals of Obama-era water, air, and climate regulations. The Trump administration plans to reduce the agency’s workforce by more than 3,000, to its lowest level in recent history, through budget cuts, early retirements, and buyouts. “We’re working with Congress to make sure the agency is the right size,” Pruitt said.

Technically speaking, the EPA’s website still says its lane is “to protect human health and the environment.”