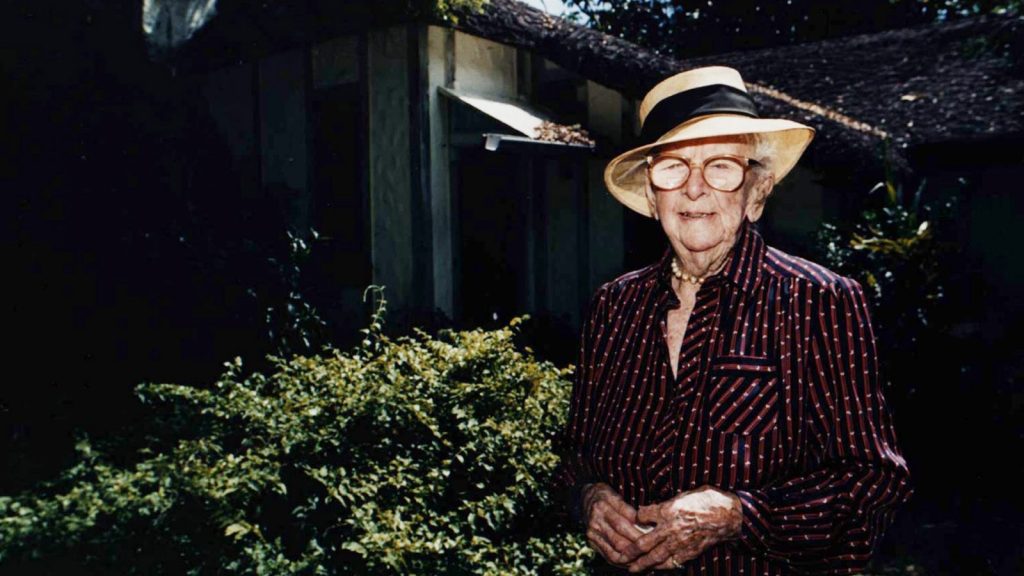 The shooting at Marjory Stoneman Douglas High School in Parkland, Florida, has thrust Douglas’ name into the headlines this week as the nation grapples with the tragic and violent deaths of 17 people. But the events now bearing her name are the antithesis of Douglas’ legacy of protecting the life and landscape of Florida.

Marjory Stoneman Douglas, “Grandmother of the ’Glades,” was a fierce conservationist, feminist, journalist, and author. Her seminal book, The Everglades: River of Grass, was published in 1947, the same year the Everglades became a national park.

As part of efforts to stop the construction of a jetport in Florida’s wetlands, Douglas founded the Friends of the Everglades in 1969 — when she was 79 years old. The nonprofit successfully halted development of the jetport after just one runway was completed.

In 1993, Douglas received the highest honor given to civilians in the U.S. — the Presidential Medal of Freedom — for her work defending Florida’s wetlands. “The next time I hear someone mention the timeless wonders and powers of Mother Nature, I’ll be thinking about you,” then-President Bill Clinton told her during the ceremony.

Douglas died in 1998 at the age of 108. She was older than the city of Miami, and had been alive for two-thirds of Florida’s existence as a state. In nearly a century of environmental activism, she also fought for women’s suffrage after WWI and is recognized as a trailblazing female journalist for her work as a a reporter for the Miami Herald. Her name still graces the headquarters of the Florida Department of Environmental Protection.

“She is one of the pioneer environmentalists. She was a woman. She was fiesty. And she wouldn’t give up,” says Connie Washburn, president of Friends of the Everglades’ Board of Directors.

Friends of the Everglades continues Douglas’ fight to preserve and protect Florida’s wetlands. It is also advocating for Douglas to represent Florida in Washington, D.C.’s National Statuary Hall Collection — where just nine of the 100 people depicted are women.

Theodora Long is the executive director of the Marjory Stoneman Douglas Biscayne Nature Center, another organization Douglas helped found in 1985. Long recalls storming City Hall with Douglas to defend a hardwood hammock that was in danger of being turned into a shopping mall. Douglas told the women gathered that day, “Ladies, when you know you are right, there is no need for compromise.”

These days, the Douglas Biscayne Nature Center works with Miami-Dade County public schools to promote environmental education. “She was interested in what you loved and what inspired you, she wanted you to fight for it and preserve it and make it better,” Long says of Douglas. “That’s what we try to instill in the children every day.”

It’s a reminder we could use right now.