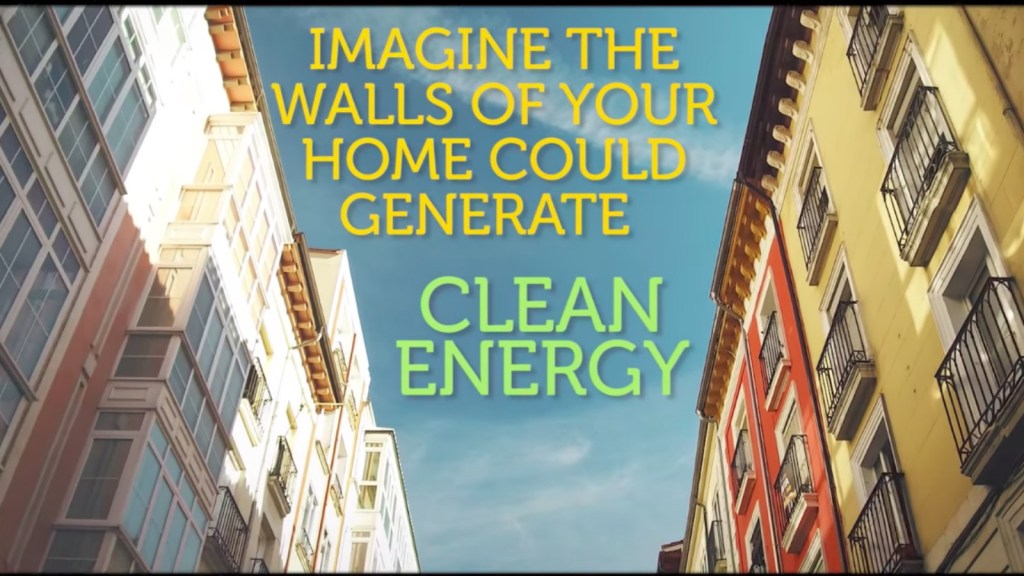 Researchers at RMIT University in Australia have developed a solar paint that could offer endless supplies of clean energy. The paint captures water vapor from the surrounding air, and then uses energy provided by the sunlight to split the water into hydrogen and oxygen. Once harvested, the resulting hydrogen could power fuel cells (which can provide electric power) or go directly into powering combustion engines.

“Hydrogen is one of the cleanest fuels, since it turns into water when burned,” explained the paper’s lead researcher, Torben Daeneke, in an email to Fusion. “The key advantage here is that no harmful side products … are emitted … no greenhouse gases are emitted if the hydrogen is produced from renewable energy sources.”

“Our developed catalyst has the ability to absorb more moisture from humid air, which results in its ability to continuously split water using the energy provided by the sun,” said Daeneke. “The hydrogen needs to be then captured for storage and later use.”

Proponents of hydrogen as a power source often refer to the idea of a hydrogen economy, where, once properly stored, hydrogen could be used to power a whole range of applications.

Photocatalytic paints may find application in multiple settings, one obvious one could be the local production of hydrogen as an energy carrier. [The paint could] also be integrated into complex systems, where the produced hydrogen is directly used in following chemical reactions to create more complex chemicals; similar processes already occur in plants, where solar energy is converted into complex sugar molecules.

Although the idea of a hydrogen economy has been touted as a green alternative to fossil fuels, it has routinely been criticized as being unrealistic because of its inefficiencies. Elon Musk, the cofounder and CEO at Tesla, has called hydrogen cars “bullshit” and has criticized water splitting as “extremely inefficient as an energy process.” Moreover, one of the most common methods of hydrogen production uses fossil fuels in a process called steam reforming, thereby negating the benefits of hydrogen being a zero emissions fuel.

But the photocatalytic paint could change the playing field for the hydrogen economy. “Musk is right to say that water splitting is often quite inefficient when compared to classical battery storage,” admitted Daeneke. “Luckily, our molybdenum sulphide is part of the same compound class that is currently considered to be one of the most efficient electrocatalysts to date.” Daeneke went on to explain that as photocatalytic paint requires few inputs aside from air vapor and sunlight, it’s more environmentally friendly than the lithium batteries that power Tesla’s cars (which require mining and refining of its components).

“Our new development has a big range of advantages,” explained Daeneke in a press release published by RMIT University. “There’s no need for clean or filtered water to feed the system; any place that has water vapor in the air, even remote areas far from water, can produce fuel.”

Still, the new technology has a ways to go before it can actively be used to generate energy. “Further steps are necessary in order to fully see the scope of this technology, for example our next targets are to incorporate this system together with gas separation membranes that will allow selectively harvesting and storing the produced hydrogen,” said Daeneke. “I would like to see the technology being used in the future, creating green fuels for our society.”