Scott Pruitt is just as bad as Betsy Devos 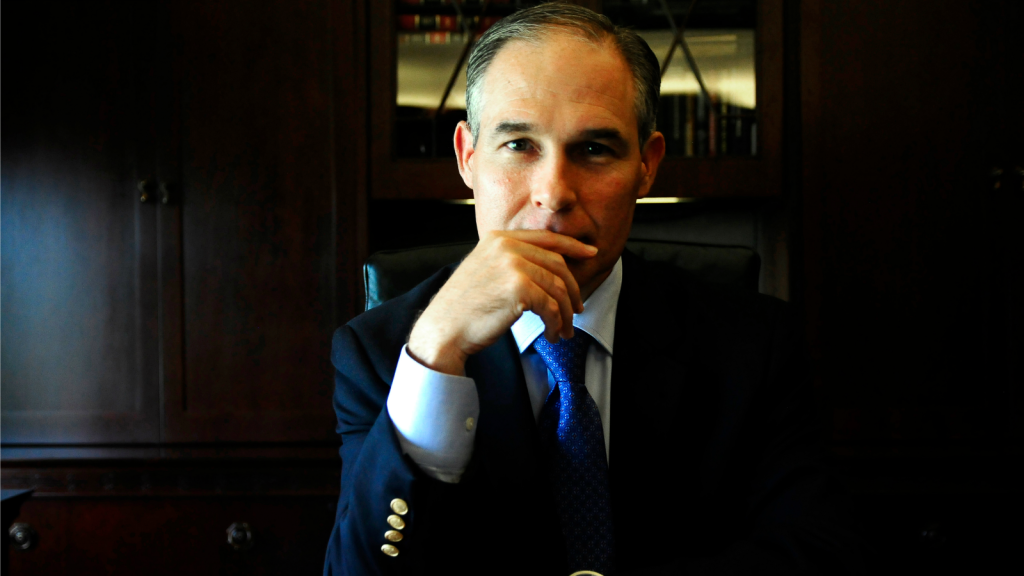 Scott Pruitt is just as bad as Betsy Devos

Later this week, the Senate is expected to hand over control of the Environmental Protection Agency to environmentalists’ worst nightmare. Scott Pruitt, the Oklahoma attorney general, has spent his career waging legal battles against clean air, climate, and water regulations. He has sued the EPA more than a dozen times, participating in what The New York Times described as “an unprecedented, secretive alliance” with fossil fuel companies to fight Obama-era environmental regulations. He has helped collect millions in political donations from the very industries he will be tasked with regulating. He’s called climate science a “religious belief,” and his official biography even boasts that he’s “a leading advocate against the EPA’s activist agenda.”

Given all this, liberals ought to be as furious about Pruitt as they were about Education Secretary Betsy DeVos and Attorney General Jeff Sessions, two other cabinet picks whose expressed ideologies are at odds with agencies they were chosen to head. (DeVos, who is in charge of America’s public education system, is best-known for her support of private school vouchers; Sessions, whose job it is to protect Americans’ civil rights, has spent much of his career disenfranchising voters in the name of non-existent voter fraud.) And yet, in terms of public interest and outrage, Pruitt has not risen to the level of his controversial cabinet colleagues.

This observation is apparent to anyone who regularly consumes political news, and Google Trends backs it up. Pruitt spiked only once, on Dec. 8, when President Donald Trump announced his nomination:

Pruitt didn’t even spike on Jan. 18, the day he testified before the Senate Committee on Environment and Public Works. Perhaps this is because he survived the hearing largely unscathed. Contra Trump, he acknowledged that climate change was not a hoax, though he did question the degree of humans’ responsibility for it. Or perhaps his hearing got little attention because, in a hearing a day earlier, DeVos made her infamous remark about schools needing guns as protection from grizzly bears.

Environmental advocates lament the lack of DeVos-scale opposition to Pruitt. Ken Kimmel, president of the Union of Concerned Scientists (UCS), said his organization and others have made opposition to Pruitt’s nomination a top priority over the last few months. “It’s certainly not for lack of issues, or lack of trying,” he said. “There’s been press releases, TV ads, letters to the editor … We’ve been doing outreach to a targeted group of Republican senators in the hopes that we can turn this around.”

The failure of this campaign to gain traction could be related to a longstanding challenge that green groups face on a national scale: how to make climate change a personal matter. While some Americans do live in areas directly impacted by sea-level rise and other climate-related maladies, “most people go through their whole lives never having any interaction with the Environmental Protection Agency,” said John Coequyt, director of Sierra Club’s climate campaign.

That, along with a Trump-saturated news media environment, is why anti-Pruitt messaging has struggled to break through, Coequyt says: “People want a strong EPA, but they don’t know about it the way that they know about the Department of Justice and their childrens’ schools.” Thus, climate change is perceived as a less immediate issue than DeVos’s threat to their kids’ education or Sessions’ threat to their voting rights.

UCS’s Kimmel disagreed with that premise and instead criticized the press — particularly what he described as a lack of media attention on Pruitt’s close relationship with the fossil fuel industry. He cited dismal coverage of a pending court case against Pruitt that seeks more than 3,000 emails between Pruitt’s office and numerous fossil fuel companies and conservative groups. Those emails were requested by the liberal watchdog group Center for Media and Democracy (CMD) two years ago. Pruitt’s office has only provided 411 of those 3,000 emails, and has not yet explained why.

CMD Research Director Nick Surgey, who filed the lawsuit against Pruitt and has been tracking his fossil fuel industry ties for more than two years, said he’s seen “a tripling” of media interest in the email controversy over the last week. But otherwise, he’s been disappointed in the reaction to Pruitt’s nomination. “I don’t think it has been covered adequately,” he said. But that’s not necessarily the media’s fault, he added. Pruitt has “effectively closed the door” on information about his ties to the industry by refusing to comply with CMD’s and others’ records requests, and failing to answer questions from the media over the course of the nomination process.

“So even though that tells a story of a person who doesn’t want to talk about that record — and that should tell reporters something — he has really starved the media from having oxygen on this,” Surgey said. “It’s pretty concerning to have someone who would basically be the world’s top environmental regulator who doesn’t want to talk about the relationship he’s had to an industry he’d regulate.”