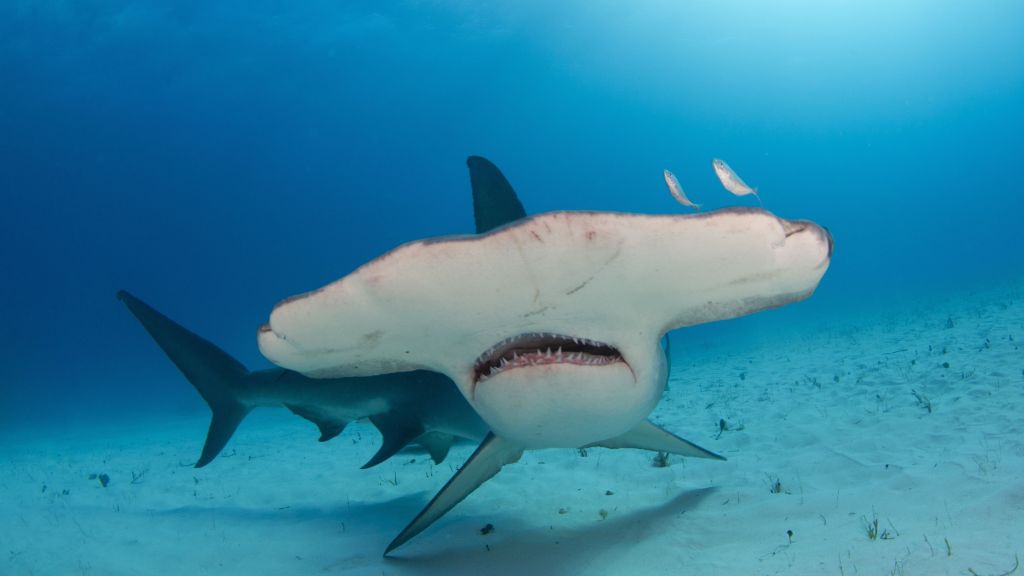 It can be tough to convince people to care about a giant fish that lurks in the deep, making only brief appearances to eat a surfer or chase you naked through your elementary school in a bizarre, hot-sauce-inspired nightmare. (Am I the only one who’s had that dream?) Sure, we kill 100 million sharks a year, but it’s hard to get worked up over losing a carnivorous fish that, if the Sci-Fi channel is to be believed, is out to kill every last cast member of Beverly Hills 90210. I mean, if those fish aren’t stopped, we’ll never get the Peach Pit 25th Anniversary Reunion we’ve all been dreaming of. (Come on 2019!!!)

But, according to Fin-Free, an organization seeking to end shark finning, if we don’t start protecting sharks now, we could lose something far more important:

Shark Week is in danger.

Shark biologist and photographer Rob Stewart created this video for the movement.

Perhaps after watching Stewart’s stirring video of hammerheads backlit by tropical skies shimmering through the ocean’s surface, you remain unmoved. Maybe even the thought of hundreds of sharks strung across a miles-long fishing line of death, waiting for their fins to be severed so that they can be returned to the sea to die a slow and agonizing death, fails to tug at your heart strings. Even the knowledge that apex predators like sharks are essential to healthy ecosystems and that a billion people depend on those healthy oceans for food may leave you unswayed.

But leading scientists agree (I imagine) that Shark Week will be impossible without sharks.

Are you ready to live in a world without Shark Week? If not, take the Fin-Free pledge.