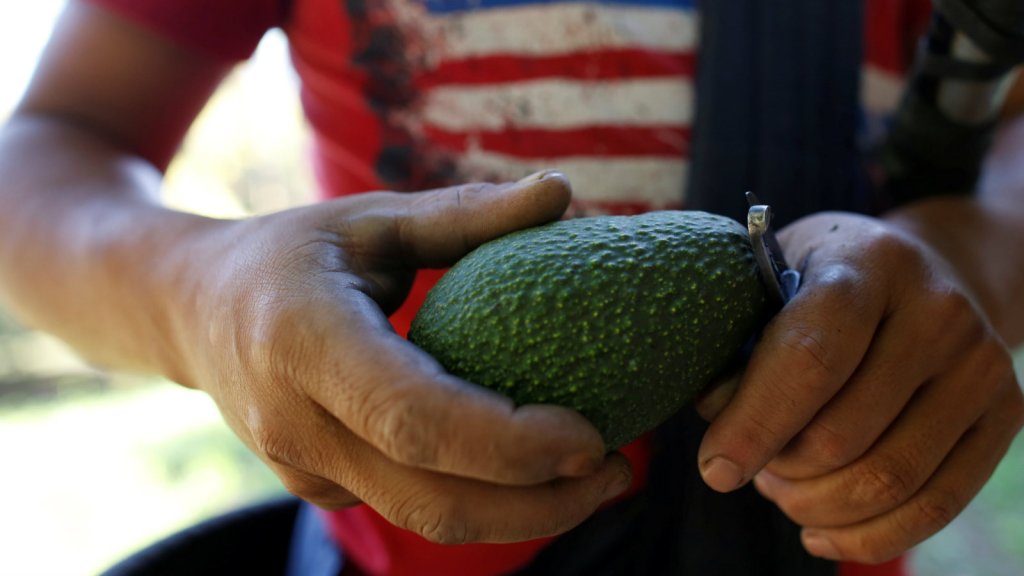 A high-pressure cell recently idled over southern California like the lid of Satan’s pressure cooker, wilting residents with record-shattering heat. Many of those wilting residents were human. Others were trees — including avocado trees. In the hottest areas, the mercury neared 120 degrees Fahrenheit. Turns out that’s too hot for avocados.

In May, Grist spent some time walking through avocado and lemon groves on Chris Sayer’s farm in Ventura as he weighed his options. Planting trees is essentially a bet on the weather for the next 30 years: Farmers have to make their best guess as to which ones will withstand the heat.

Avocado trees are vulnerable to extreme weather (hence the title of May’s cover story, “Are Avocados Toast?”), but Sayer resolved to plant a new avocado orchard because that wasn’t his only concern. He also has to think about prices and his own ability to adapt. And for avocado growers, prices and profits have been solid.

“People are just getting used to eating more and more avocados,” said Ed McFadden, who manages several avocado orchards in Southern California. And farmers have a few tricks for coddling trees when the weather tries to kill them. Sayer, for instance, grows a cover crop that protects roots from the extremes of heat, cold, and rain.

With 100 degree weather forecast for the next few days, we're glad to have our soil shaded by our #covercrop residue. pic.twitter.com/xDAhBAcX0v

When the recent heat wave hit, Sayer saw it as a possible preview of what’s to come.

Climate preview? We saw 110.7 degrees on Friday. Very hot for #avocados. But with young trees, good irrigation system, and good soil, they have come through with only trivial damage. @savortooth 1/3 pic.twitter.com/2Dms44jVP4

Avocados don’t like temperatures above 100 degrees Fahrenheit, but one of Sayer’s orchards — the one in a cooler clime — was able to hang in there without much suffering.

Fruit still looking good in the canopy. No significant losses. Is the Lamb-Hass variety a little more heat tolerant? Noticed they look fine for a few neighbors. 2/3 pic.twitter.com/ZJEI0EuS1s

Another orchard further inland, away from the cooling influence of the ocean, didn’t fare as well when temperatures reached 117 degrees. There, tender young leaves and developing fruits “turned into jerky.”

“We’ll feel that for a couple of years,” Sayer said. “If this becomes a regular thing, there comes a point where even the most skilled farmer can’t resist nature.”

If those hotter inland groves fry, farmers are likely to establish more orchards along the coast, where temperatures are cooler. At the same time, some farmers and researchers are are working on new varieties that can tolerate extremes. And in places that become unsuitable for avocados, there’s always the possibility of shifting to another crop. As it happens, Sayer’s fig trees loved the heat wave:

One part of the farm that didn't mind last week's heat? The #figs! One month or so from the start of the season. pic.twitter.com/PPREkCandv