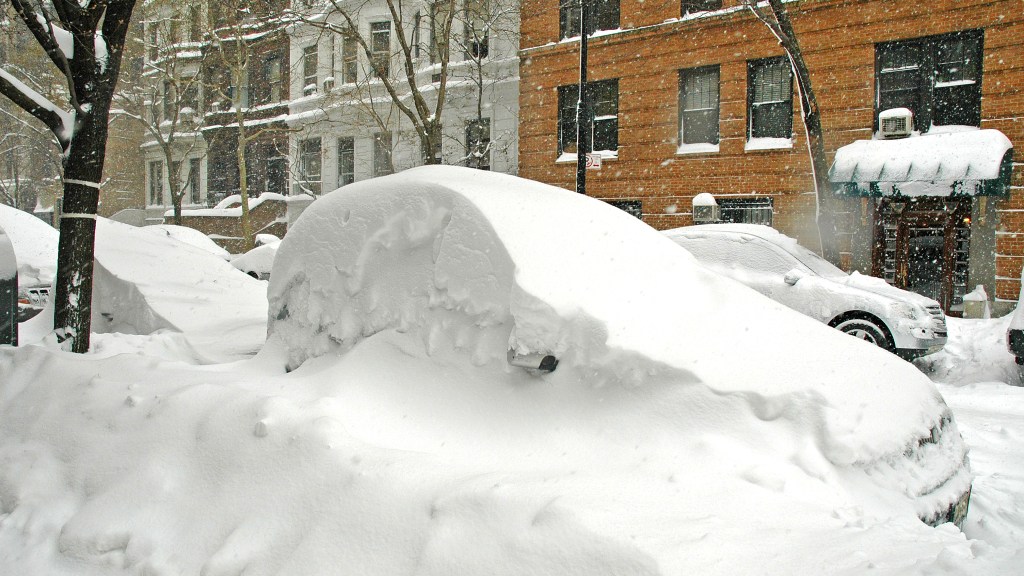 Good news, folks! It turns out that climate change is a big ol’ liberal hoax after all. Need proof? Just look out your window: If you’re anywhere east of Tupelo, you’re probably seeing a bunch of white stuff falling from the sky, compliments of Winter Storm Jonas. We call that “snow,” and it proves once and for all that “global warming” is a conspiracy dreamed up by known communist Al Gore to bring down the world economy. Guess we can just pack up our desks and go home.

At least, that’s what America’s climate deniers would have you believe. This logic seems to rear its ignorant head every time there’s a major snow storm, such as last year when Sen. James Inhofe attempted to disprove climate change by throwing a snowball on the Senate floor. Donald “Spray Tan” Trump also thinks that snow disproves the existence of climate change, which he has tweeted about a mere 31 times. Then again, Trump also thinks he has a shot at being president of the United States, so we know common sense isn’t his strength. Hair spray is.

But what is the connection between climate change and snow storms? First, it’s important to remember that weather and climate are two different things: Weather is the rain falling on your head as you walk to work; climate is the very long-term forecast. NASA puts it this way: “An easy way to remember the difference is that climate is what you expect, like a very hot summer, and weather is what you get, like a hot day with pop-up thunderstorms.”

And, according to actual scientists and not conspiracy-addled politicians, climate change could actually make snow storms worse. ThinkProgress spoke to Michael Mann, the nation’s preeminent climatologist, about Winter Storm Jonas, which is currently blanketing the eastern seaboard in feet of snow. He said this is not a fluke. “There is peer-reviewed science that now suggests that climate change will lead to more of these intense, blizzard-producing nor’easters,” according to Mann. This is because a warming climate means increased moisture in the atmosphere, and when cold air meets moisture — surprise! — it snows. Sometimes a lot, like we’re seeing right now.

Now, while snow days are objectively the best days in existence and I will admit to a little bit of seething jealousy toward all of my friends back east who get to skip work and go adult sledding today, blizzards do have their downsides. Winter Storm Jonas, for instance, could lead to hurricane-level flooding in some Eastern cities, as Slate’s Eric Holthaus reports:

While the multifoot predicted snowfall amounts are garnering all the headlines, the latest weather model output shows that flooding from this week’s East Coast blizzard may rival some of the worst coastal flooding events in history—especially in New Jersey and New York—putting billions of dollars of oceanfront property at risk. That’s a really big deal for a region still recovering more than three years after Hurricane Sandy.

It’s happened before: Flooding from a 1992 nor’easter caused $2 billion of damage, and it could happen again with Jonas. Holthaus continues:

The storm surge from this week’s blizzard will probably peak about 3 to 6 feet above typical high tide levels, according to the latest model runs. Such flooding would probably rival Hurricane Irene’s in New York City, which came within a foot or so of flooding the subway system. Human-caused climate change will contribute about an additional foot to this week’s flooding event, and it may make the difference for whether the subway system floods again or not. (It probably won’t, but it will be close.)

So there you have it: Enjoy the snow while you can, East Coast, because all that powder could be making life a lot more difficult in the days to come. And as for the rest of us not enjoying a snow day — don’t worry: As we’ve seen time and time again, the hotter the climate gets, the weirder the weather gets. There could be snow days coming for the rest of us soon enough.