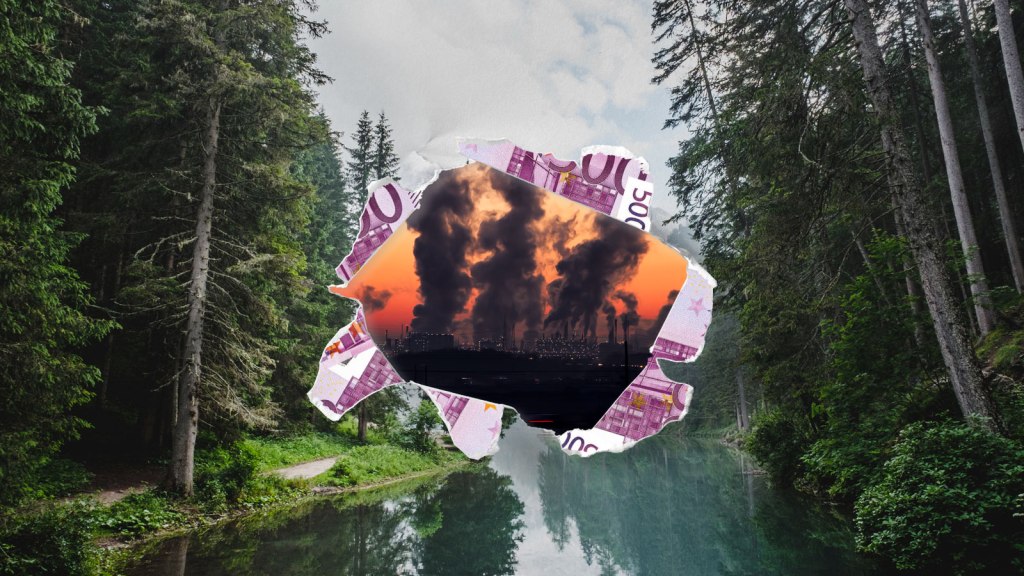 The Wellcome Trust, one of the world’s wealthiest private philanthropies, has funded multiple studies in the field of environmental science. With $29.3 billion in assets, you’d think the United Kingdom-based organization could even afford to take fossil fuel companies to task for contributing to climate change…right? Wrong.

Though the Wellcome Trust touts itself as a philanthropy that supports research to investigate “what makes cities healthy and environmentally sustainable,” its offshore investments tell a different story. According to an investigation published today in Science, a significant chunk of the Wellcome Trust’s $1.2 billion handouts in recent years has come from “companies that contribute to the same problems the philanthropy wants to solve.”

For example, the Trust funded a study on the sobering reality of air pollution in Hong Kong that found elderly residents exposed to smog and especially soot were more likely to die of cancer than people who breathed cleaner air. Science found that some of the money that the philanthropy used to fund the air pollution research was tied to Varo Energy, a company that sells bunker fuel (an oil refining residue that is a major source of soot pollution) to shipping firms. These particulates billow from ship stacks and can have deadly outcomes, such as those found by the Wellcome Trust-funded study. Researchers estimate soot pollution contributes to the premature deaths of 250,000 people annually.

This funding revelation comes from a trove of documents called “The Paradise Papers,” which were leaked to Science by a law firm that managed some of the deals. Large foundations and other nonprofits commonly use offshore companies and undisclosed investments to maximize returns, and yet the nature of these accounts controversially obscure exactly how organizations’ tax-exempt dollars are flowing.

“Many of the best-performing funds have offshore domiciles,” Wellcome Trust wrote in a statement to Science. “Our successful long-term investment strategy is based on exposure to a globally diversified range of asset classes.”

It goes to show that even do-good organizations are not immune from the Machiavellian principles of investing. Like other businesses, they need the highest return possible when looking for money to invest in the myriad of social and environmental issues facing the world today. And although it could be argued that, unlike unscrupulous gazillionaires, foundations will likely use their offshore dollars to do some greater good, critics say that by lending their pristine reputations to offshore strategies, these organizations are “helping to legitimize tactics that others widely use to bend or break the law.”

The thinking that “if you invest for social good you’re going to lose return is no longer valid,” Dana Lanza, who heads the nonprofit Confluence Philanthropy, which encourages foundations to align philanthropic mission with investment choices, told Grist. But there are other options. Even though fund managers (not foundations) choose investments, some organizations opt to bar certain types of investments that could pose conflicts of interest. According to Lanza, research shows that when companies invest with a climate risk lens, they tend to outperform over time compared to a non-green strategy.

“Given the urgency and the severity of the climate crisis, it’s really important that foundations pay attention,” Lanza told Grist. “They have a moral imperative to align their investment strategy around climate risk and sustainability outcomes, given where we’re at right now.”