The dark money protecting the 'worst energy policy in the country' 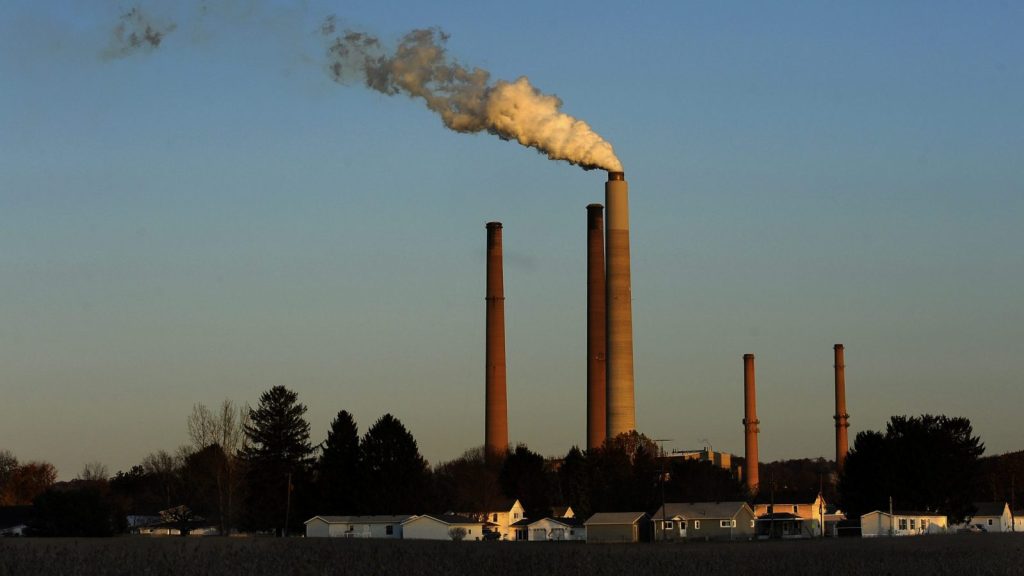 The dark money protecting the ‘worst energy policy in the country’

This summer, Ohio’s beleaguered nuclear and coal plants got a major gift in the promise of a big bailout. Now, the fight over that promise has escalated into one of the most dramatic and bizarre showdowns of the 2020 election cycle.

It all started back in July, when the Ohio state legislature passed a law — called HB6 — that, starting next year, will charge consumers new fees to rescue four struggling power plants. Those charges will eventually add up to a $1 billion bailout for the utility FirstEnergy Solutions’ two nuclear plants, while handing a lifeline to two 1950s-era coal plants owned by another utility, the Ohio Valley Electric Corporation.

Because of the law, Ohio is the first state to reverse its renewable energy standards and efficiency targets, all while funneling more money to coal — a move that has clean energy advocates fuming. Leah Stokes, an environmental political science professor at the University of California at Santa Barbara, called it the “worst energy policy in the country.”

But this it isn’t your typical environmentalists-vs.-fossil-fuel-industry fight. The side opposing the bailout has clean-energy advocates working alongside the natural gas industry. And though the supporters of the bailout include some of the usual suspects — FirstEnergy, coal-reliant American Electric Power, and Duke Energy, and the coal baron and Trump donor Robert Murray — they have also marshaled a mysterious string of deep-pocketed advocacy groups.

A bit of history: The fight dates back to at least 2014, when FirstEnergy pitched a bailout to Ohio’s utility regulator. FirstEnergy went bankrupt in 2018, around the same time it was urging the Trump administration to use emergency powers to save nuclear and coal. (The Department of Energy considered that proposal, but ultimately it went nowhere.) By early 2019, though, FirstEnergy saw a window of opportunity in the Ohio legislature and spent $1 million lobbying on the bailout law. According to an analysis by the Columbus Dispatch, it contributed almost $1 million to state candidates in the 2018 cycle, including $25,000 to help elect Larry Householder as the new speaker of Ohio’s House.

As soon as the law was passed in July, opponents formed a coalition called Ohioans Against Corporate Bailouts. The group, which aims to gather the 265,774 signatures required to get the referendum on the ballot in the 2020 election, hasn’t yet disclosed its funding, but observers suspect that it mostly comes from the renewable energy industry and natural gas companies.

In response, the law’s supporters have waged an unprecedented “all-out deceptive effort to prevent the issue from getting on the ballot,” says Dave Anderson who has tracked developments for the watchdog think tank Energy and Policy Institute.

In addition to FirstEnergy, a number of shadowy groups have materialized to oppose the referendum. Here’s a quick rundown of the major players:

Thousands of Ohioans received mailers from the same group warning, “Don’t give your personal information to the Chinese Government! Don’t sign their petition attacking House Bill 6!”

The claim, based on the fact that some gas plants received funding from the Industrial and Commercial Bank of China, has been roundly debunked. The ads neglect to mention the funding from other major global banks, or that FirstEnergy has loans from the same bank. “We have pretty strong regulation of utilities that would prevent foreign governments from controlling them,” David Dollar, a senior fellow at the Brookings Institution, told the Cincinnati Enquirer.

“These ads are some of the most bizarre and xenophobic I’ve ever seen in relation to energy, electricity, and climate,” says Director of Sierra Club’s Beyond Coal Campaign Mary Anne Hitt.

While the groups opposing the referendum don’t disclose their funding, the Energy and Policy Institute has found links between several of them and FirstEnergy. For example, Protect Ohio Clean Energy Jobs appears to share an address with two lobbyists that FirstEnergy hired to pass HB6.

The Dayton Daily News recently reported that Ohio Attorney General David Yost is investigating some of these allegations of harassment and intimidation. His investigation includes a charge that the opposition has tried to buy off firms working with the referendum for as much as $100,000, which would be considered a felony under state law.

FirstEnergy has neither denied nor confirmed its role in the campaign to scuttle the referendum, instead maintaining that the referendum is unconstitutional and “inherently misleading and confusing to Ohio voters.”

Gene Pierce, a spokesperson for the referendum’s main support group, Ohioans Against Corporate Bailouts, admits that the efforts by the law’s supporters have slowed the signature-collecting process and “driven up the price to hire people.” The referendum has only recently launched a website and an ad campaign that fight back.

If the referendum fails, the outlook for Ohio’s clean-energy advocates could be bleak. The state is the third-biggest consumer of coal in the country. Nuclear power, which provides 15 percent of the state’s electricity, is the state’s biggest source of carbon-free energy. In 2018, the state got a measly 2.5 percent of its power from solar, wind, and biomass — making it one of the lowest users of renewable energy in the country.

Beyond the coal plants the new law helps directly, FirstEnergy has hinted that the extra money from the bailout may help it reverse its plan to close down one of its coal plants. The true cost of the bailout could be higher as coal becomes more unprofitable. All told, “there’s more money in the Ohio law to bail out dirty old coal plants than to support carbon-free nuclear power,”Stokes says.

Sierra Club’s Mary Anne Hitt echoed those concerns. She called the effort to uphold the bailout “one of the most extreme and also aggressive efforts like this that I have ever seen.” She added, “Unfortunately, it’s regular Ohioans who end up paying the price.”