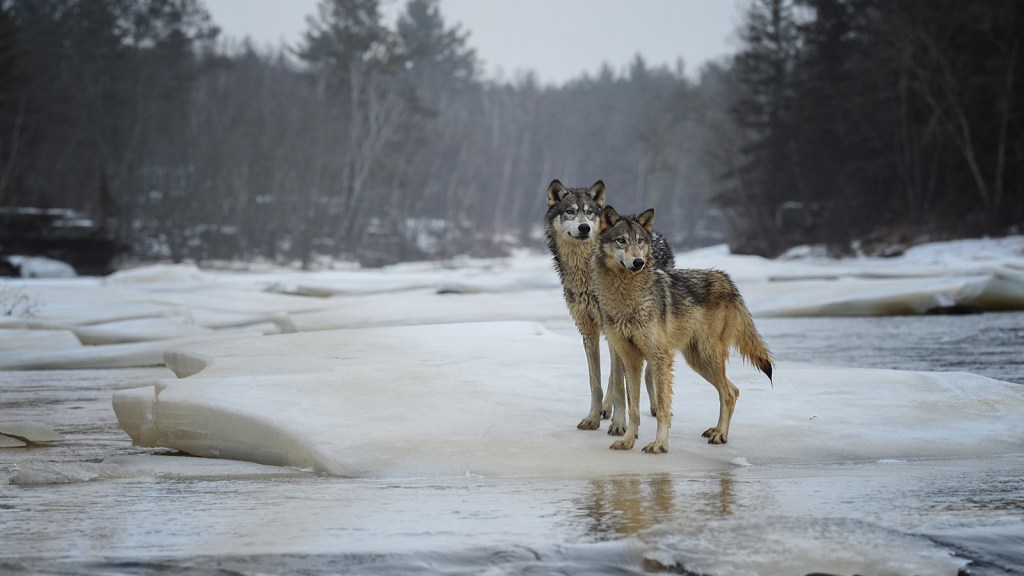 Of all the measures that U.S. conservationists hold dear, none is more sacrosanct than the Endangered Species Act. Since its introduction in 1973, the ESA has been the major tool used to restore declining populations of hundreds of native wild animals and plants. The law is most celebrated when its designation can be revoked when a species bounces back from near extinction: The gray wolf and bald eagle are two of its major success stories. The law’s popularity is nearly universal; polls show that some 90 percent of Americans, regardless of political affiliation, support keeping it in place.

ESA defenders often tout its near-perfect record of keeping the endangered species on its list from extinction — 99 percent of species listed are still around, according to the Center for Biological Diversity. That sure sounds good, but practically speaking, the law — which has stayed largely unchanged for the past 25 years — has a lot of issues. Assessments of its success really depend on how you define “success” — as many of its critics point out, only about 1 percent have been successfully rehabilitated and removed from the list. And between 1990–2010, biannual assessments of the 1,292 listed species found that just over half were continuing to decline even with ESA protections. Another 35 percent were stable. Just 8 percent were improving.

Why isn’t the ESA more effective? The reasons are myriad, but they boil down to the problem that by the time most species are listed, they’re too far gone for the act to be able to do much to revive them, both from a cost and feasibility perspective. And it doesn’t help that there’s more demand than ever before.

The main problem, which isn’t likely to be addressed by the present administration, has been chronic underfunding. While government spending on endangered species protection has more than doubled since 1998 to roughly $1.4 billion in 2014, those expenditures haven’t kept pace with the rapidly multiplying stressors affecting wild species, including climate change, industrial development, and a U.S. population that increased more than 15 percent in the same time period. Compared to the rest of the federal budget, $1.4 billion is paltry — it pales in comparison to the $533 billion spent on defense that same year or the $39 billion budgeted for homeland security.

Complicating this challenge, some conservationists say, is the rapidly lengthening roster of species needing protection. On top of the more than 1,600 U.S. species already on the endangered list (many of which require complex habitat management and recovery programs that can take decades to succeed), there are presently more than 350 others waiting for consideration. The backlog is so acute that that some species have been on the waiting list, with their prospects for recovery steadily dimming, for more than a dozen years.

Another problem is that even when species are listed, they don’t often get the help they need. The Ecological Society of America, for instance, published a report last year detailing several of what it called “shortcomings” in the law’s current implementation (it also recommended strategies for addressing them). A main issue raised in the report is the ESA’s lack of a clear and uniform system for prioritizing fund allocation — a problem that has historically led to disproportionate spending among species on the endangered list. Between 1998 and 2012, the report found, some 80 percent of ESA expenditures went to support just 5 percent of listed species, most of them animals with outsized popular appeal (like whales and seals) and game species (like steelhead trout and Chinook salmon). Conversely, 80 percent of species on the list got less than 5 percent of spending — and many, especially plant species, got none at all.

Ya-Wei Li, vice president of endangered species conservation at Defenders of Wildlife, explained that the ever-heavier burdens placed on the law have forced it to function “like a chaotic, overcrowded emergency room — a place of last resort.” While he said the law was “benchmark legislation,” he noted that it’s “not a perfect instrument” and that the perpetual lack of funding has meant its efficacy has been compromised. Since the efforts required to bring any species back from the brink of extinction are often laborious and time-consuming, Li said, the ESA works best when it can be used more like preventive medicine: to encourage conservation before species are in dire jeopardy. Some factions of the conservation community argue that this has always been the intention of the law, and the real question has always been how to effectively manage wildlife populations so they don’t have to be listed at all.

The protections guaranteed by the ESA are multiple: Once a species is listed, it’s illegal for private citizens to harm or kill it. Some species also benefit from specific conservation projects that track their populations or relocate threatened individuals, but as noted, that’s the lucky few. Some of the money allocated under the act is spent on purchasing land to set aside as habitat. And beyond that, considerations are primarily around how humans can use the land listed species need to survive, so as not to further stress the species. The federal agencies tasked with implementing the ESA — the U.S. Fish and Wildlife Service, the National Marine Fisheries Service, and the Department of the Interior — must ensure that any action they authorize or fund (such as building, drilling, or logging projects) doesn’t pose risks to listed endangered species or their habitats. Unfortunately, actually assessing the potential harm of such projects often becomes a politicized process with stakeholders on either side arguing over potential harms. This often ends with lawsuits mounted on behalf of the at-risk species, which can take years to resolve. And while these debates do tend to keep would-be developers’ plans on hold, it hardly fosters goodwill toward wildlife among those whose projects are halted by the federal government.

It’s this particular aspect of the ESA that many of its detractors would like to “modernize,” mainly by giving more decision-making power about habitat and species protection to individual state wildlife agencies. These state bodies, critics say, are better qualified to enact conservation strategies in their own jurisdictions, where they’re familiar with both the wildlife and local business developers. And local stakeholders would be more able to keep species off the list in the first place.

That’s certainly been the narrative around the plight of the greater sage-grouse, a chicken-size bird whose habitat encompasses the sagebrush prairies of 11 northwestern and western states. In 2010, when it was announced that the grouse was being considered for the endangered list, federal and state agencies, private landowners, industry leaders, and conservation groups banded together to avert the listing (which would have caused financially detrimental restrictions on cattle grazing, building, and energy developments across the region). By cooperating, these various factions compromised to keep much of the grouse’s territory preserved while still allowing for development. By 2015, the bird had been found not to need to intervention of the ESA.

“This is the kind of cooperation the Endangered Species Act was designed to encourage,” said Brian Rutledge, a vice president for the National Audubon Society, which worked with local stakeholders to avoid the endangered designation. “It wasn’t intended to list everything under the sun; it was to motivate conservation before listing became necessary.”

Given the limited solutions the ESA can provide, doing everything possible to prevent a listing makes sense. But in certain ways, the case of the sage-grouse is unique: The loud bird with its funny mating dance benefited from wide public awareness of its predicament, so discussion of how to protect it started while there were still hundreds of thousands of birds spread across the West, as well as enough time to intervene. And local stakeholders were heavily involved, crafting a conservation plan that gained support in Washington.

Still, there are some promising indications that the model that worked for this species may find broader success. Similar programs have since been set in motion around the country, which bring industry, NGOs, and local governments together to find collaborative conservation solutions outside of the ESA. Some aim to preserve a single species; for example, an initiative launched by the Western Association of Fish & Wildlife Agencies to protect the lesser prairie chicken, a consortium formed in Iowa to stanch the state’s declining monarch butterfly population, and a six-state conservation strategy which successfully mobilized to keep the New England cottontail off the endangered list. This spring, Defenders of Wildlife launched a brand-new Center for Conservation Innovation, with the explicit goal of developing progressive conservation solutions in tandem with industry. The Western Governors’ Association, an organization comprising 19 states and three U.S. Pacific islands, has introduced the Species Conservation and ESA Initiative, with workshops and resources that connect state and federal agencies with conservation scientists and private citizens to encourage proactive conservation.

These are encouraging signs, and for now, they may need to be enough. As has been made abundantly clear since the election, environmental protections are currently under attack. Emboldened by an administration that sees current environmental laws as “out of control,” state agencies and private interests have introduced a barrage of new bills designed to weaken the law’s potency (including the recently passed statute allowing for denned bears and wolves to be hunted in Alaska national preserves). Congress has been discussing a plan for the ESA’s “modernization” — a term most conservationists consider a euphemism for gutting. As Noah Greenwald, endangered species director at the Center for Biological Diversity, put it, “Progress over the next four years is extremely improbable. We’re going to be fighting just to keep what we already have in place.”

That doesn’t mean what we have in place is working perfectly. The problems with the law and its efficacy make it painfully apparent that what is needed is a larger federal commitment to the preventative strategies that could help maintain species’ health so they don’t need to be listed in the first place. Rather than rethinking the ESA, the most obvious actions for the federal government would be around things like limiting pollution and fighting climate change. Those, too, seem unlikely in this administration.

The ESA may be most effective when it’s thought of as the emergency room of conservation — the last resort. It’s unfortunate that right now, an emergency room is all we’ve got.