For people concerned with environmental protection, including many EPA employees, there is broad agreement: The U.S. Environmental Protection Agency is in deep trouble.

The Trump administration has begun the third, most formidable White House-led attempt in the EPA’s brief history to diminish the agency’s regulatory capacity.

Previous presidents have tried to scale back the work of the EPA, but as a former EPA staff member and researcher in environmental policy and politics, I believe the current administration is likely to seriously degrade the EPA’s authority and enforcement capacity. 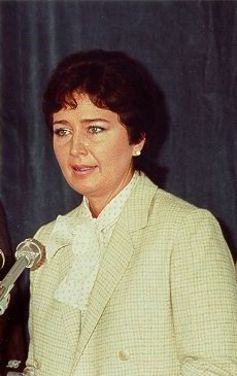 This latest assault on the EPA is more menacing than previous ones in part because of today’s Republican-led Congress. The Democratic congressional majorities forestalled most past White House efforts to impair the agency’s rulemaking and protected the EPA from prolonged damage to its enforcement capability.

Presidents Ronald Reagan (1981–1988) and George H. W. Bush (1989–1993) both sought to cut back the EPA’s regulatory activism. Reagan was fixated on governmental deregulation and the EPA was a favorite target. His powerful assault on the EPA’s authority began with the appointment of Anne Gorsuch, an outspoken EPA critic, as EPA administrator. Gorsuch populated the agency’s leadership positions with like-minded reformers and supervised progressive reductions in the EPA’s budget, especially for the EPA’s critically important enforcement division, and hobbled the agency’s rulemaking — a key step in the regulatory process — while reducing scientific support services.

During the Reagan years, Democratic majorities in the House (1981–1991) and Senate (1987–1989) launched continuing committee investigations that revealed the agency leadership’s pervasive obstruction of regulatory rulemaking and forestalled massive damage to EPA programs. 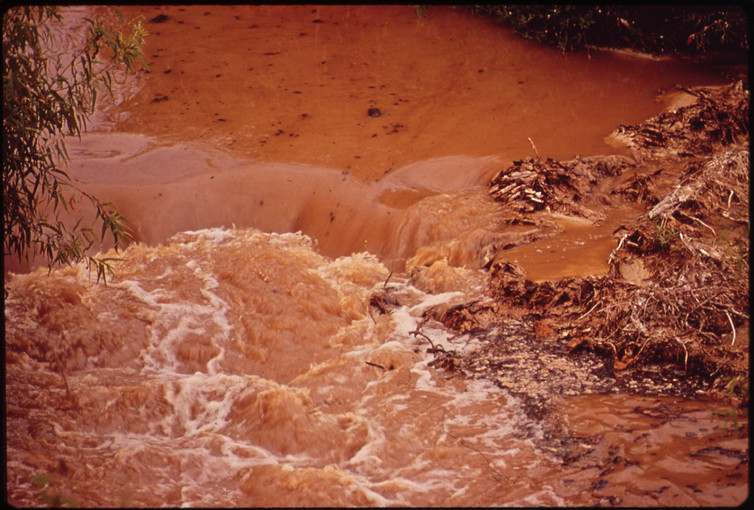 Wastewater from a paper mill in Louisiana pollutes water downstream in 1972. The U.S. National Archives

Gorsuch was forced from office together with many upper and middle politically appointed managers; the budget stabilized, and new administrators William Ruckelshaus (who returned after serving as the first EPA administrator) and Lee Thomas revived staff morale, rulemaking, and scientific research. In the end, Reagan impeded and delayed regulation but ultimately failed to permanently impair major air, water, and toxic waste programs.

I worked for one of the EPA’s assistant administrators during the first Bush administration, when the EPA’s leadership and staff were acutely aware of White House aversion to much of the EPA’s regulations. But it was nothing like the state-of-siege mindset so pervasive at the EPA during the Reagan years and already returning to the EPA now, as witnessed by protests by former and current EPA employees to Pruitt’s nomination.

An unfortunate time to regulate

Paradoxically, the EPA’s accomplishments may also leave it vulnerable to its opponents. Forty years of regulation have diminished such publicly convincing evidence of severe pollution that led to EPA regulation in the first place, including rivers polluted by raw sewage, hidden toxic waste dumps like New York’s Love Canal, smokestacks emitting dense clouds of pollutants, and uncontained mine wastes contaminating Appalachian mountainsides.

Today’s most significant environmental hazards, such as climate warming or plasticizers in rubber products, are less visible, their adverse consequences requiring years or decades to become apparent. “To a certain extent,” the EPA’s first administrator, William Ruckelshaus, has observed, “we are victims of our own success. Right now, the EPA is under sharp criticism partly because it is not so obvious to people that pollution problems exist and that we need to deal with them.”

Additionally, a public rally to the EPA’s defense seems improbable. Most Americans customarily express to pollsters considerable concern for environmental protection when asked, but it is a passive attitude. Neither the EPA nor the environment are important issues when most Americans vote — and that’s what most concerns Congress and the White House.

For instance, in the 2016 presidential elections, the Pew Research Center poll revealed “the environment” was only twelfth in importance among registered voters, well behind the leading concerns about the economy, terrorism, and foreign policy. Exit polls in the 2016 presidential elections indicate that environmental issues are irrelevant to voters’ candidate preferences. Moreover, the currently pervasive public distrust and anger directed toward the federal government may further inhibit public engagement in the EPA’s defense.

Pruitt and his administrative team can also inflict immense damage upon regulatory capacity in ways that are not very evident to the public. Almost half of the EPA budget supports such crucial pollution abatement activities as regulation enforcement, scientific research, and international collaboration. Moreover, public doubts about the credibility of climate warming science and environmental risk analysis can be deliberately amplified through public discourse during efforts to rescind existing regulations and to abort new ones.

Environmentalists, deeply apprehensive and infuriated by this new EPA onslaught, have a multitude of opposition options. Lawsuits — a traditionally effective strategy — can be initiated in federal courts to suspend or reverse unacceptable EPA regulatory decisions. But a new wave of litigation will impose considerable delay in important rulemaking, and a court-imposed impasse can discourage compliance by regulated interests, such as polluters.

None of these alternatives, however, will likely avert an early, comprehensive onset of Pruitt’s regulatory regression at the EPA. In short, the EPA’s time of trouble will be dangerous and tenacious.