Hawaii’s largest volcano, Mauna Kea, hasn’t erupted in thousands of years. But the fight over who has the right to part of its peak is getting quite heated.

This week, hundreds of protestors gathered at the base of Mauna Kea in opposition to a proposed 30-meter telescope that was set to begin construction at the summit of the mountain. Some of the activists chained themselves to the ground, creating a blockade to the main road. Others sang traditional Hawaiian songs, chanted, prayed, or swapped stories related to the sacred mountain. Overhead, they flew dozens of Hawaiian state flags flipped upside-down to signify “a nation in distress.”

No matter whom you ask, Mauna Kea is a peak of celestial significance — according to Native Hawaiian lore, it is a gateway to heaven; but according to TMT International Observatory LLC, a non-profit group whose members include Caltech and the University of California, it’s an ideal location for a massive new telescope that would enable scientists to gain more insight into our universe. The organization identified Mauna Kea as a potential location for its proposed Thirty Meter Telescope back in 2009. But over the last decade, many locals and native activists have fiercely opposed the endeavor on the basis of the peak’s cultural significance and the negative impact the project might have on the volcano’s local ecosystem.

Standing 13,796 feet above sea level, Mauna Kea is the tallest and most culturally significant volcanoes in Hawaii. For centuries, Native Hawaiians have come to Mauna Kea to pray or trek up its slope to collect water from Lake Waiau, one of the highest alpine lakes in the U.S., for healing and ritual purposes. But in addition to its sacred serenity, Mauna Kea is imbued with other virtues: a prime location in the middle of the Pacific Ocean, perfect cloud formation, and ideal height, air temperature, solar radiation levels, and atmospheric conditions for stargazing. Mauna Kea’s climate is stable, dry, and cold — vital features for viewing and capturing images of space. Since 1967, scientists have built 13 telescopes on and around the mountain’s summit. 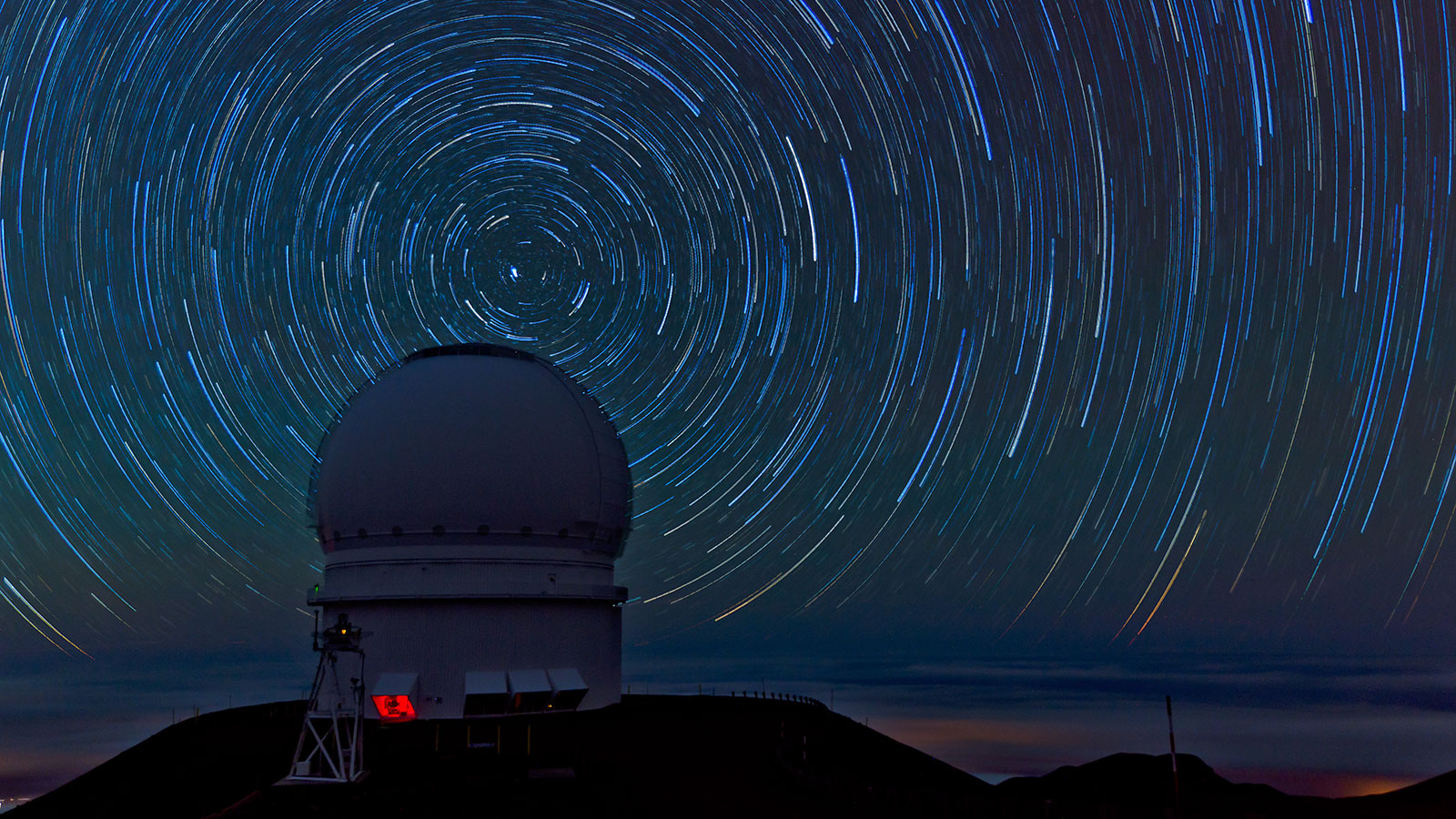 At 18 stories tall, the TMT observatory would be the largest of the telescopes on Mauna Kea. Most of the structure is set to be built underground, burrowed into the mountain. Alyssa-Marie Kau, a former law clerk with Earthjustice, says the construction of the new telescope could threaten the aquifer that sits directly underneath Mauna Kea because many hazardous chemicals, such as hydrochloric-acid, motor oil, or pesticides, are already stored underground.

“That aquifer is the main source of water for Hawaii Island,” she said. “So water contamination could be very damaging.”

While some activists (mostly Native Hawaiians) opposed to the new telescope have been camping on the proposed site over the past week, a smaller group of protestors gathered at the Capitol in Honolulu on Tuesday and Wednesday, waving flags and chanting outside the governor’s office door. On Wednesday, law enforcement in riot gear came to the Mauna Kea protest site and arrested 33 elders who described themselves as the “first line of defense.” After failing to remove the rest of protestors gathered at the base of the volcano, police officers eventually backed off.

Hawaii Governor David Ige issued an emergency proclamation soon after the police action ended. “Our top priority is the safety and security of our communities and the TMT construction teams. This is a long-term process and we are committed to enforcing the law and seeing this project through,” he said.

But other stakeholders saw the Mauna Kea protests as indicative or more than just an isolated construction dispute. “We are living people with a living culture,” Jonathan Osorio, dean of Hawaiʻinuiākea School of Hawaiian Knowledge, said in a statement. “Any attempt to intrude on this Pu’uhonua [sacred place] is a direct attempt to erase our people and culture and divides all Hawaiians.”

In contrast to activists, the state of Hawaii has thrown relatively few roadblocks in the way of the planned TMT observatory telescope, issuing the project permits despite declining to approve a smaller Mauna Kea telescope project proposed by NASA in 2005. (The NASA project failed to move forward based on its projected environmental impacts.)

According to TMT’s environmental impact statement, which was prepared by the University of Hawaii at Hilo, the construction of the telescope will have “temporary adverse impacts due to noise, traffic, dust, visual intrusion, and the increase in human presence on the mountain.” The statement also indicates the project poses potential harm via accidental fire or through the unintentional release of hazardous materials such as trash and construction supplies.

The development would also likely result in higher emissions of greenhouse gases and air pollutants such as dust and exhaust fumes due to increased traffic vehicles going back and forth from the site. Maintenance work along the unpaved roads of Mauna Kea could also worsen the region’s air quality and climate. That has some environmentalists worried that Mauna Kea, often translated to “White Mountain” due to its snowy winter, may experience an increased rate in snowmelt.

But according to TMT’s website, the group has “diligently followed the state’s laws, procedures, and processes in its efforts,” even agreeing to pay a $1 million annual lease on the land, a first (they say) for any telescope on the volcano. Eighty percent of those funds would go towards stewardship of the mountain via the Office of Mauna Kea Management, with the remaining 20 percent going to the Office of Hawaiian Affairs. The group also committed $1 million per year to fund youth programs focusing on science, technology, engineering and math (STEM) education on the island.

To some, seeing Native Hawaiians fight for Mauna Kea feels like history repeating itself. In the 1950s, before Hawaii became a U.S. state, roughly 1.8 million acres of land were seized from the Hawaiian Kingdom government and Queen Lili’uokalani by a party of businessmen and missionaries backed by the U.S. military. The land was eventually ceded to the U.S., and later transferred to the state of Hawaii to “better the conditions of Native Hawaiians.”

“The state of Hawaii is a repeat offender because they consistently mismanage Mauna Kea,” said Kau. “I don’t think that they [improved] the conditions in any cultural or environmental way for Native Hawaiians.”