The U.S. is way worse at recycling than other developed countries 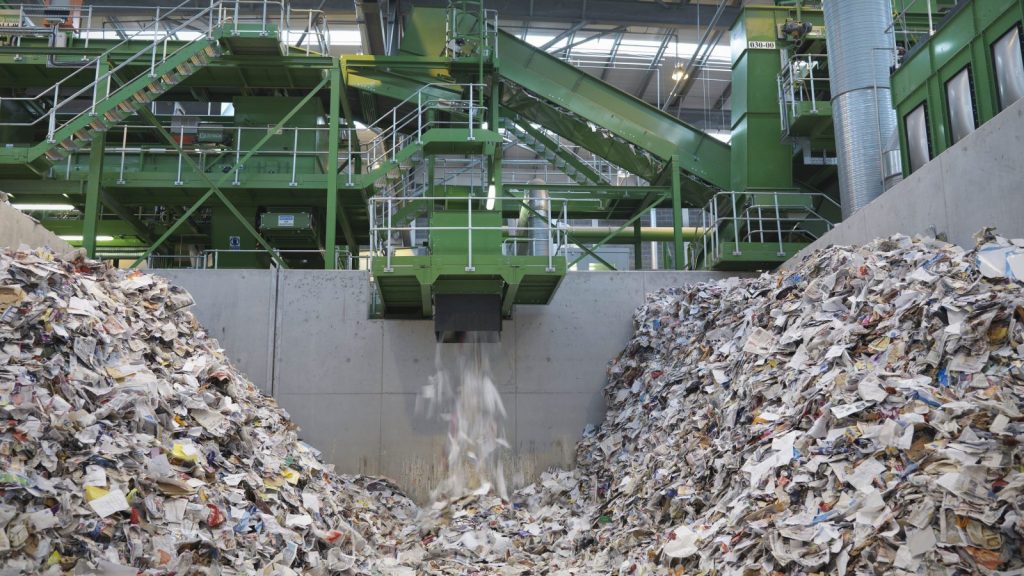 Monty Rakusen
waste not, want not

The U.S. is way worse at recycling than other developed countries

The U.S. produces far more garbage and recycles far less of it than other developed countries, according to a new analysis by the global risk consulting firm Verisk Maplecroft.

The figures emerge as the world faces an escalating waste crisis driven largely by plastics piling up in developing countries and the oceans. The U.S. is at a crossroads as China and other developing countries refuse to continue to accept its waste, the report authors say.

While Americans recycle just 35 percent of their municipal waste, Germany, the most efficient country, recycles 68 percent.

The firm estimates the U.S. produces about 234 pounds of plastic waste per person per year.

“The U.S. is the only developed nation whose waste generation outstrips its ability to recycle, underscoring a shortage of political will and investment in infrastructure,” the firm said.

Will Nichols, the firm’s head of environment, said the U.S. had better recycling abilities than much of the world, “but the sheer amount of waste that is being generated is not being dealt with as well.”

For 2015, the U.S. Environmental Protection Agency reported the country generated 262 metric tons of municipal waste, with more than half of it sent to a landfill.

About 13 percent of the waste was plastic. Of the 262 metric tons, a little over a quarter was recycled, according to EPA.

Compared with all countries, the U.S. performs well on the firm’s recycling index. But it is one of the highest-risk countries in terms of waste generated.

Globally, more than 2.1 billion metric tons of municipal waste are generated each year — enough to fill 822,000 Olympic-size swimming pools, the report said. Only 16 percent of that waste is recycled. Humans have made 8.3 billion tons of plastic since 1950.

The firm’s senior environmental analyst Niall Smith said: “There’s too much focus on recycling being the kind of silver bullet solution, which it is not.”

He added: “We have enough plastic in circulation to really cause disruption of marine food webs, which is already in process. I think what we need to be working towards is almost a zero-material-footprint kind of society.”

The U.S. has been accused of blocking international efforts to limit plastic waste, including banning single-use water bottles and plastic bags. And the country was not party to a global agreement seeking to slow the flow of poor-quality plastics to developing nations. The U.N. general assembly president, María Fernanda Espinosa Garcés, said in an interview with the Guardian that international efforts to curb massive plastic waste must move forward anyway.

A truckload of plastics flows into the ocean each minute, and tiny particles of plastics are thought to be present in the bodies of most people — with their health effects unknown.

Plastics, made from petroleum, are also an increasingly significant cause of the climate crisis. By 2050, plastics could account for 20 percent of oil consumption and 15 percent of the carbon dioxide budget, according to the U.N. General Assembly. “If a certain government does not agree, there is also civil society, there is the private sector, activists … the world is not black and white,” Espinosa said. “We cannot say we cannot have progress because there we have one country that does not agree.”