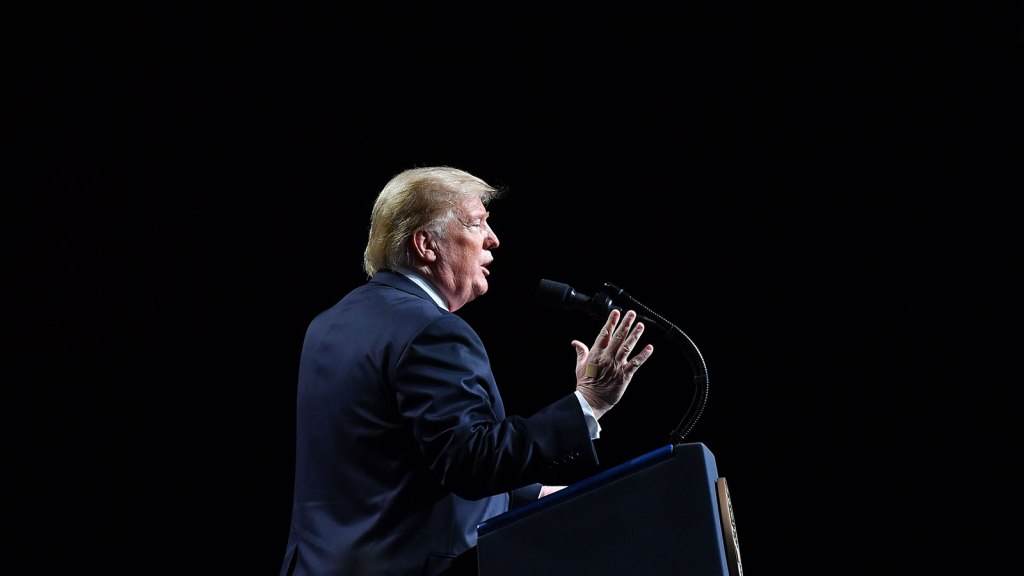 The White House is all about providing piles of fast food to elite college athletes, but when it comes to funding Puerto Rico’s post-hurricane food stamp program, it’s not feeling so generous.

Puerto Rico already receives fewer federal resources to support low-income families through NAP than it would under SNAP, even though its poverty rate is over three times the national average and its cost of living exceeds many other areas of the country, according to the Center on Budget and Policy Priorities. The extra NAP funding would have helped an estimated 100,000 impoverished Puerto Rican families meet their nutritional needs. (NAP is operated by the U.S. Department of Agriculture which has been shut down for nearly a month.)

“There is no indication that households need ongoing support at this time or that Puerto Rico requires additional time to return to normal NAP operations,” said the official White House statement.

The news was met with outrage from Puerto Rico’s governor, Ricardo Rosselló, who requested additional disaster relief funding last year, citing the island’s “inability to provide food security to those in need.” Rosselló took to social media on Thursday to address President Trump directly, calling for a meeting “so I can correct the ill-informed advice and disconcerting notions you are getting on Puerto Rico, particularly on the NAP program which provides much needed nutritional assistance to over 1 million US citizens living in Puerto Rico.”

“This is a program that aids some of the most vulnerable who have already suffered immensely because of the Trump Administration’s bumbled and ineffective response to Hurricanes Maria and Irma,” said New York Representative Nydia Velázquez, who authored the amendment adding NAP funds to the House bill, in a statement.