Their water became undrinkable. Then they were ordered to pay more for it. 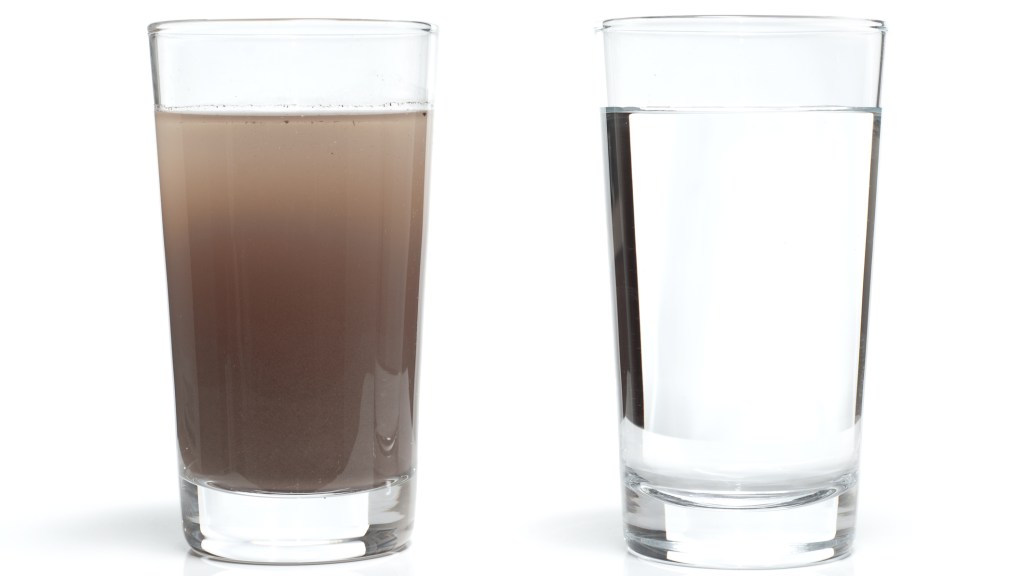 Not the water in question, but you get the picture. PeteWill / Getty Images
Climate Desk

Their water became undrinkable. Then they were ordered to pay more for it.

In Martin County, Kentucky, residents are paying steep prices for water that sometimes comes out of the tap brown and foul-smelling—that is, when it comes out at all. The impoverished rural county is confronting an unprecedented water crisis: Its water system is on the brink of collapse and the Kentucky Public Service Commission has ordered the ailing water district to raise rates and seek outside management.

Nestled deep in Appalachia, home to just under 13,000 people, Martin County was once a booming coal region. Today, the median household income is $29,052, the unemployment rate is 7.3 percent, and 32 percent of the population lives below the poverty line. The demands from the Public Service Commission may not be realistic, given that a county in such dire financial straits may not be able to handle the one-two punch of rate increases and privatization. The problem “has been decades in the making,” says Mary Grant, the director of the Public Water for All campaign at Food and Water Watch, a national advocacy group.

Originally built to serve Inez, the county seat, in the 1960s, the water system was later expanded to include other communities, some of which are in the mountains. Mary Cromer, a lawyer for the Martin County Concerned Citizens group tells Mother Jones,“It was done on the cheap, and it was done very poorly.”

And then disaster struck the already struggling water system. On October 11, 2000, a coal waste lagoon in Martin County broke, spilling more than 300 million gallons of toxic sludge into 100 of miles of waterways. The pollution, which contained toxic metals such as arsenic, mercury, and lead, killed the fish and wildlife in the water. The sludge seeped into the water treatment plant, clogging intake pipes, and poisoning the water supply in Martin County and surrounding area.

The federal investigation into the spill ended when George W. Bush took office in January 2001. The Mine Safety and Health Administration’s team of investigators were sidelined when their investigation was cut short by the new administration. Don Blankenship, the chair and CEO of Massey Energy, the now-defunct company responsible for the spill, had donated money to the Republican Party, and halting the investigation was seen as a way to thank him for his support. (Blankenship eventually spent a year in a federal prison for conspiring to commit mine-safety violations in West Virginia, prior to the deadliest mining disaster in decades.) Instead of the eight violations that the MSHA team were pursuing, Massey was charged with only two. The clean-up was superficial; the company scraped up the black sludge and planted grass and hayseed on the land that was affected, but they weren’t responsible for fixing the water system.

The effects of the crisis 18 years ago still haunt the community today. “The pipes are in such bad shape, they can’t get the pressure to reach all of the houses,” Cromer says. The system also suffers from extreme water loss, with 64 percent of their water leaking out before it can be used. Low pressure combined with leaky, aging pipes means that if the water makes it to the taps at all, it often comes out discolored or with a foul odor.

In January 2018, citing financial troubles and the need to let depleted storage tanks refill, the Martin County Water District began shutting off water in the evening and through the night. Some customers complained that these shut-offs had made bathing and cooking difficult, while others said their water was shut off for days at a time. The water board then requested a 50 percent water rate increase to help fix the rapidly deteriorating system.

Two months later, customers reported that their water frequently smelled like diesel fuel and was the same shade of blue as Gatorade. Local officials told residents that the alarming color of the water didn’t necessarily mean it was unsafe, but by then the low-income community often ignored official statements and spent a large portion of their funds on bottled water. One resident told the Los Angeles Times that he spent about $25 a week on water.

Before raising the rates in March, the average water bill was $39.90 for a customer using 4,000 gallons each month. But then, the PSC allowed the water district to issue an emergency rate increase, bringing the average monthly bill to $51.07. “It’s just so unjust that they’re paying for whatever they can’t cook or drink with,” Cromer says. Last week, the PSC granted a permanent rate increase that will add another $3.30 to the average water bill, bringing the total to $54.37. The order also allowed for a temporary surcharge of $4.19 that will pay off the utility’s debt of $1.1 million.

Such an increase in rates will be profoundly difficult for such a poverty-stricken area, where many residents are on fixed incomes. For those on social security, their checks can be less than $800 a month.

On top of rate increases, the PSC also ordered the Martin County Water District to obtain outside management. Water privatization can be alluring because for-profit companies can provide updates to an aging infrastructure, but it does come with some expensive downsides. In 2012, for instance, in order to replace its aging pipes, the city of Bayonne, New Jersey, contracted with a private equity firm to manage its water system. The company replaced the old pipes with new ones, but customers began complaining about water rate increases. According to the New York Times, rates increased by almost 28 percent. “I personally can’t imagine how privatization could work in the county,” Cromer says. “The people there cannot afford to pay a company to come in and make a profit.”

In fact, Martin County has unsuccessfully tried privatization once before. In 2002, the water district hired American Water Services to run its system for nearly $71,000 a month, not counting other expenses. The company left after two years because of nonpayment. “When communities can’t pay [these companies,]” Grant says, “they just cut and run. They’re businesses, not charities.”